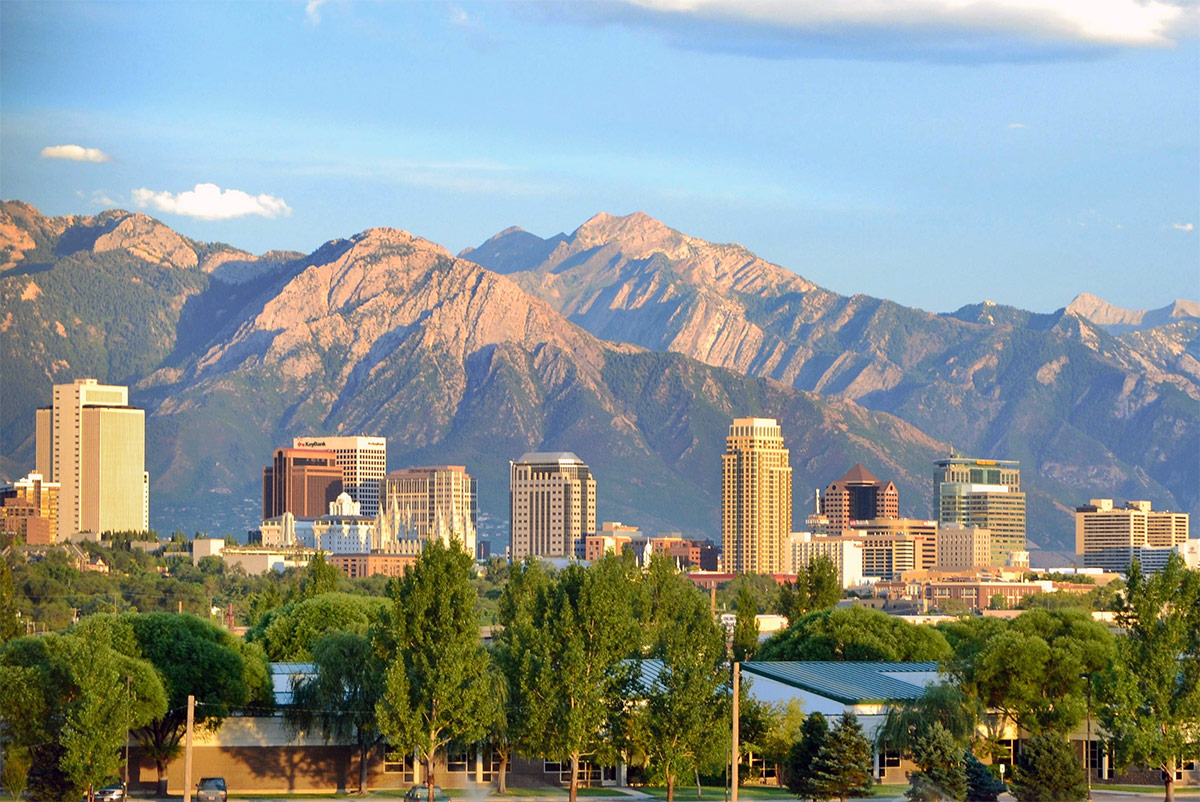 Utah and Kentucky have a few characteristics in common. Both are red states, both have a strong energy sector. Both states have large rural areas. Kentucky has more residents in 2015, but Utah’s population just passed 3 million and is on track to double by 2060.

Utah and Kentucky also share a bad air problem. Salt Lake City residents have to deal with inversions, just as Louisvillians do. During the winter, steep mountains around Salt Lake hold cold air close to the valley floor. This prevents pollution from dispersing and creates very unhealthy air. The bad air lasts several days every month:

Those infamous inversions occur most frequently between December and February, when cool air traps warmer air, also trapping pollutants and particulate matter along with it, according to the Utah Department of Environmental Quality. Typically, those inversions commandeer the air at least 10-12 days each month during winter…

Louisville has the same issue during the summer and the winter.

Obviously this is bad for people who live in Utah year-round, but it’s really bad for tourism. People who come in to ski can’t help but notice the grey air over the valley. Utah’s governor has realized that a city’s air quality can be a competitive advantage—or disadvantage. At the state’s first Air & Energy Symposium, Governor Gary Herbert talked about losing out to Denver when companies are making relocation decisions.
“Can we have a growing economy and a clean environment? Of course we can, but it won’t be easy,” Hebert said at the symposium last month.

Alan Matheson of the Utah Department of Environmental Quality said that the state has been cutting emissions over the last several years, despite a growing population.
“We understand that growth will plateau if we don’t get our air quality under control,” he said.

Utah and Salt Lake City are taking a sophisticated approach to this problem and dividing efforts between new laws and voluntary programs. Some programs are designed to change behaviors and others are meant to strengthen the infrastructure, like adding safe bike lanes and building 70 miles of light rail in seven years.

This is a partial list of what Utahns are doing to improve their air.

Ban on wood burning — The Utah Division of Air Quality tracks air quality from November through March. When the air quality gets bad, a ban on wood burning fires goes into effect. State regulations prohibit residents from burning wood or coal on no burn days. There are several grant programs that help citizens replace wood stoves with gas furnaces.

Clear the Air Challenge — The Salt Lake City Chamber of Commerce sponsors this annual event. The goal is behavior change: more carpooling, more light rail passengers, and more bicycling. Employers like Fidelity, the University of Utah and Enterprise Rental Cars form teams and compete for prizes in the challenge. The challenge is in its seventh year.

Recess rules — When there is a bad air day, the state sends alerts to schools. Kids who have asthma or other breathing problems can stay in from recess on those days.

STEP Program — Rocky Mountain Power’s CEO and President Cindy Crane announced the STEP program at last month’s symposium. This program is designed to reduce emissions on many fronts. This includes getting more electric cars on the roads and building a public infrastructure of charging stations. On “bad air” days during temperature inversions, Rocky Mountain Power will idle its 353-megawatt Gadsby power plant in Salt Lake City.

UCAIR — UCAIR is a non-profit organization created to make it easier for individuals, businesses and communities to make small changes to improve Utah’s air. In addition to supporting the Clear the Air Challenge, UCAIR has a grant program to help small businesses upgrade equipment to reduce emissions.

UtahAir app — Utah residents can check this air quality report daily to see what the air is like in a particular city or county. This helps people decide when not to use wood and coal burning stoves or fireplaces, the best times to exercise outdoors, or make one consolidated trip for errands based on current conditions and trends. The three-day forecast can help individuals adjust travel plans or work schedule to avoid adding harmful emissions during winter inversions or during the summer ozone season.

Our state and our city can copy some of this work. It will take a big coalition of everyone who has a stake in ensuring we’re all breathing clean air. We will need to work on many initiatives to solve this complex problem. Some of this work is already being done. Some individuals and organizations have been working for years to protect and improve our air. If we can shift our perspective to be more like Utah’s—clean air is a competitive advantage—it will be easier to get this work underway.

[Editor’s Note: This article was cross-posted from the Institute for Healthy Air, Water & Soil blog. Top image of the Salt Lake City skyline by Garrett / Flickr.]