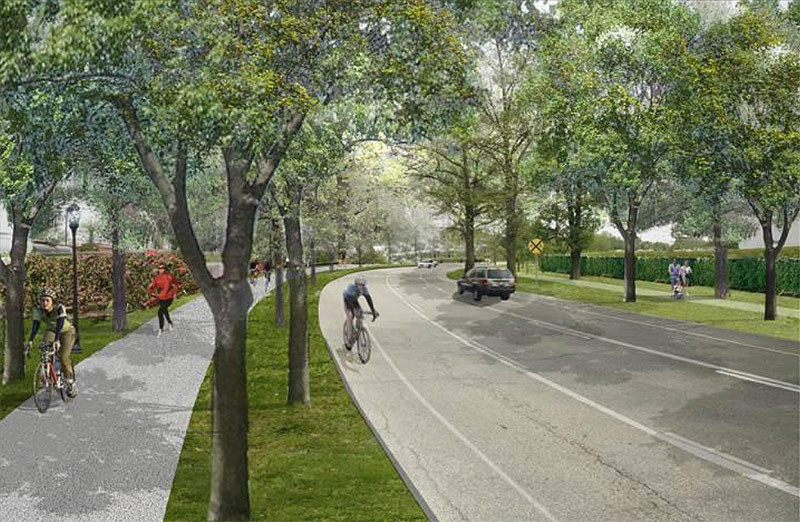 The next stretch of the Louisville Loop—a 100 mile bike and pedestrian corridor circling Jefferson County—is being planned between the Big Four Bridge and the City of Prospect and your input is needed. Learn more about the Louisville Loop and help shape a critical 10-mile segment of the project along the Ohio River on Tuesday January 27 from 5:30 to 8:00p.m. at Locust Grove (561 Blankenbaker Lane). The meeting will present the basics of the Louisville Loop, detail the Ohio Valley Northeast project segment, and address why this is a critical component of the entire Loop.

According to the event’s organizers:

Louisville Metro Parks will be hosting a series of public meetings and workshops to give residents an opportunity to provide direction and input on the plan… The meeting will be an open house format with a brief overview presentation about the project at 6:00 p.m. Residents are invited to view exhibits about the project area and provide input about the Loop, the project area, and other topics related to the project.

A final route for this segment of the Louisville Loop has not been set, and this is a great time for the community to get involved. This section is a key path that could help bike commuters reach Downtown Louisville and Southern Indiana via the Big Four Bridge, pushing the Loop beyond a purely recreational endeavor. It also has the opportunity to be one of the most scenic routes in the city with its project bounds of Brownsboro Road, the Ohio River, the Big Four Bridge, and Prospect.

A website has been created for updates about this section of the Loop, accessible here.