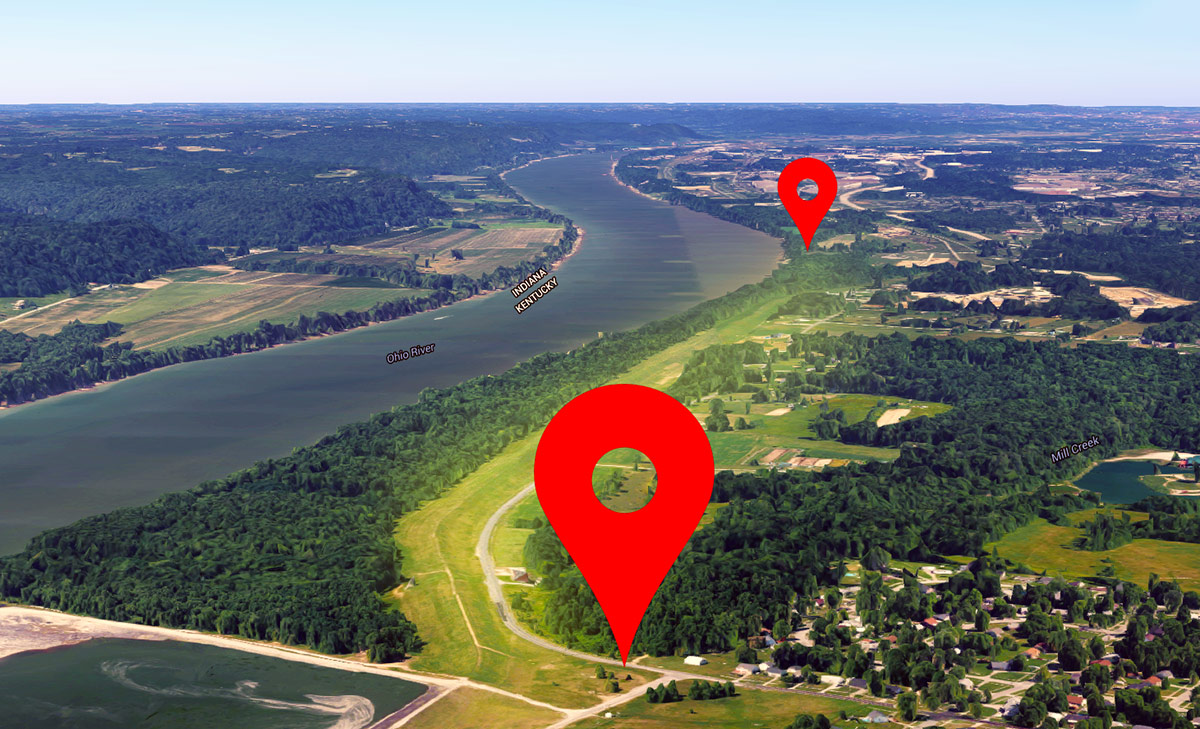 On the heels of announcing three new bike lanes in Russell and California neighborhoods, Mayor Greg Fischer today dedicated a new segment of the Louisville Loop, a planned 100-mile ring of paved, shared-use paths circling Jefferson County. According to the city, this stretch of 2.66 miles of Loop brings the network to almost 40 percent completion and is “the first new addition to the Ohio River Levee Trail section in seven years.”

“The Louisville Loop encourages wellness and connects people to their work, businesses, historical landmarks and neighborhoods,” Fischer said in a statement. “We’re excited to open this new segment and move closer to our goal of completing the 100-mile ‘wedding ring’ around the city.”

The segment that opened today stretches from Riverside, the Farnsley-Moremen Landing south to the Mill Creek Generating Station. It’s part of the Ohio River Levee Trail section of the Louisville Loop that stretches nearly 26 miles from the Big Four Bridge west along the river to the Mill Creek Station. A new trailhead was also opened near the Mill Creek Power Station, 7600 Watson Lane. Amenities include a drinking fountain, bike racks, benches, trash cans, a TARC turnaround, a parking area, and wayfinding signage for the overall Louisville Loop. Planning began in 2009 for this new segment after $1.218 million in federal funding was secured by the Kentuckiana Planning & Development Agency (KIPDA) and the Kentucky Transportation Cabinet (KYTC). Engineering and design work for the path was done by Louisville’s Qk4

“When completed, the Louisville Loop will pass within a mile of the majority of the population and connect directly to some of the largest employment centers in the city,” the city’s press release stated.

Let’s keep the momentum going and build out the entire Southwest Greenways Master Plan, which we covered here.