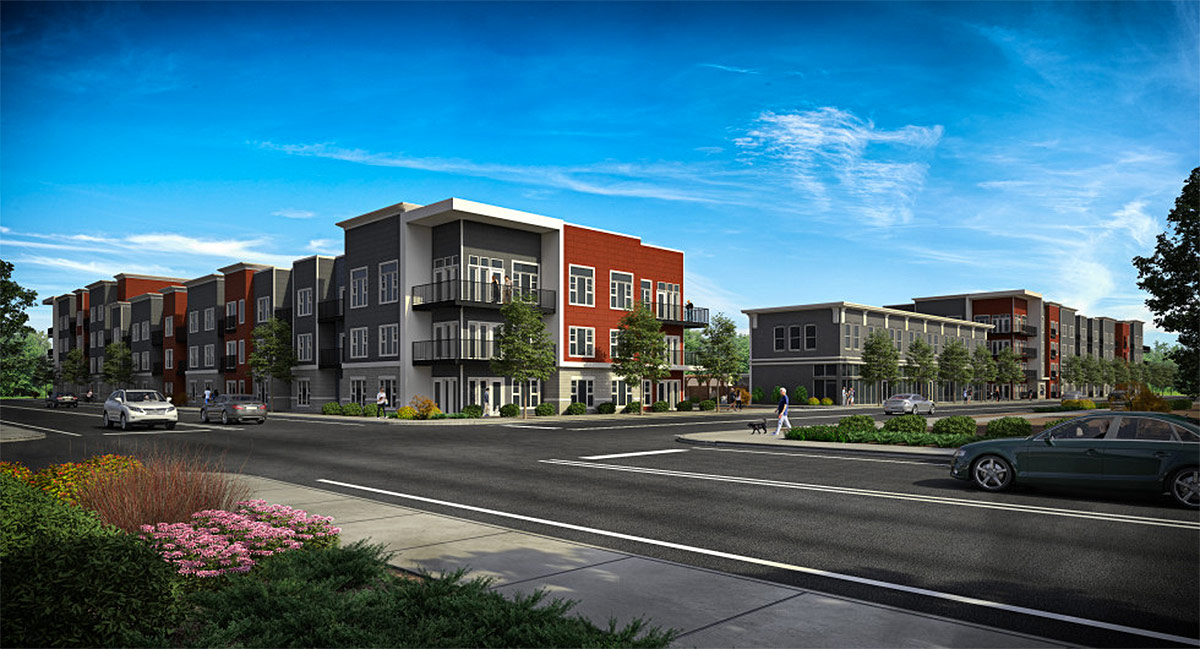 Developers at Indianapolis-based Flaherty & Collins are marketing the project as luxury living with “resort-style amenities” including a heated swimming pool, outdoor movie screen and kitchen with grills and a fire pit, pet wash room, dog park, fitness center, and gigabit internet infrastructure. Flaherty & Collins expect the complex to be popular with young professionals making between $50,000 and $60,000 a year.

“The Breakwater will bring a lot of high income residents to the downtown New Albany,” David Flaherty, CEO of Flaherty & Collins, said in a statement. “We believe this will provide employers with a fantastic, high-end housing option for their employees that does not exist today.”

The project includes a swath of surface level parking (an exact number of spaces was not included in the press release) and includes dedicated bike storage. Strangely, the parking was not listed among the “amenities” in a press release while the bike storage was.

Apartments range from around $800 for a studio to $1,200 for a two-bedroom unit. They include nine-foot ceilings, smart thermostats, washers & dryers, and high-end finishes. The design of the complex was handled by Indianapolis-based firm Cripe.

The Breakwater is funded in part by $3.3 million in state tax credits from the Indiana Economic Development Corporation (IEDC) and the city of New Albany will contribute another $4.3 million through the New Albany Redevelopment Commission. The $26.5 million figure is up sharply from the original estimate of $16 million.

You can attend the official ceremony Wednesday, December 16 at 11:00a.m. at 411 Spring Street in New Albany. Eventually, a website for the complex will be found here or you can get more info on the developer’s website.

The first units at the Breakwater will be available in the Spring of 2017 following 18 months of construction.