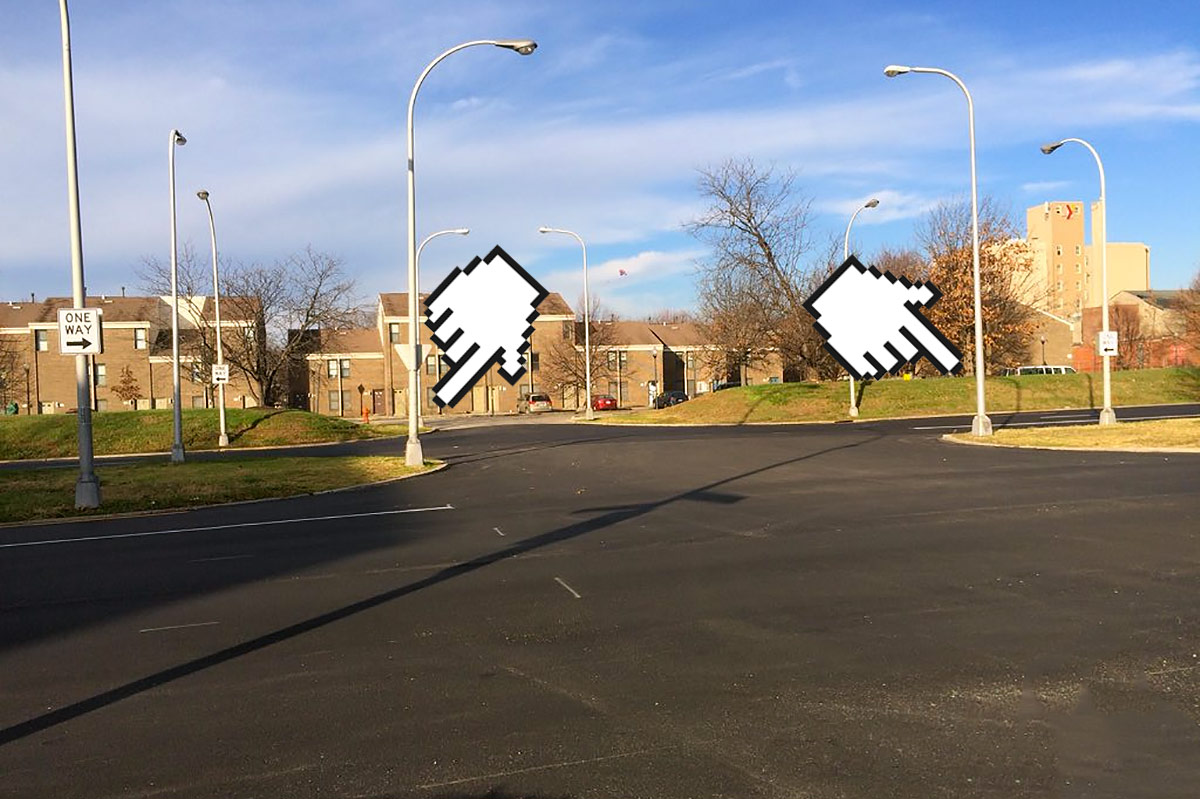 During a street repaving project, two small pieces of sidewalk in the median of Ninth Street (aka Roy Wilkins Boulevard) at Magazine Street were removed, and engineers from Metro Louisville Public Works say the move is ab effort to increase safety because there’s no traffic signal at the intersection.

Work on the $500,000 repaving and sidewalk accessibility project, begun last month, is now wrapping up. Sidewalk ramps between West Market Street and Breckinridge Street were made ADA accessible to better accommodate wheelchairs and the street was repaved between those extents.

“Intersections are being modified to improve safety and mobility for pedestrians,” a press release dated mid-November from the city agency stated. That release made no mention of removing sidewalks.

We asked Harold Adams, Communication Strategist at Public Works, why the sidewalks were removed. He provided a statement from the city’s engineering team:

Magazine Street is located midway between two signalized intersections (W. Broadway and W. Chestnut). Both of those intersections have traffic and pedestrian signals and are safe locations for pedestrians to cross Roy Wilkins.

Magazine street has no traffic or pedestrian signal and the concrete in the center median was promoting pedestrians to cross six lanes of uncontrolled traffic as well as multiple turning movements from all approaches. The concrete was removed to deter pedestrians from crossing at an unsafe location.

Removing a sidewalk here won’t deter pedestrians crossing the street—and it won’t increase safety. The problem isn’t pedestrians crossing at this location, it’s that a six-lane speedway runs through the middle of Downtown. All this sidewalk removal accomplished is making the city less appealing to get around on foot.

If pedestrians were to cross as city engineers desire, a person would have to walk 570 feet south to Broadway or 450 feet north to Chestnut Street, potentially requiring five or more minutes of extra time to simply cross a street. Forcing people to walk 1,000 feet out of their way effectively reinforces an invisible wall along the street. You’re not welcome here unless you’re in a car.

What this sidewalk removal does mean is that the city can point its finger at any person struck by a motorist at this site, since there is no marked crosswalk and it’s between two regulated intersections. According to state law KRS 189.570, the statute governing pedestrian behavior:

Between adjacent intersections within the city limits of every city at which traffic control signals are in operation, pedestrians shall not cross at any place except in a marked crosswalk.

In general, Kentucky laws are not very friendly for people outside of a car. And it shows. A better model is to treat every intersection as a crosswalk, whether it’s marked or not. Many cities already have such standards, and it’s one way to make a place more walkable and pedestrian friendly.

Such an approach would mean motorists would be required to slow down and yield to people crossing at Magazine and Ninth streets, rather than vice versa. But sadly in Louisville and throughout the state, the car is still king.

Louisville is in the midst of a three-year, federally funded pedestrian safety campaign called Look Alive Louisville. The program is a response to the city’s above-average pedestrian fatality rate.

If removing a sidewalk and making a Downtown street even more of a motor speedway is the city’s idea of pedestrian safety, Louisville won’t make it very far.

[UPDATE 12/23/2015: After this story was featured on the Streetsblog Network, readers pointed out that the city’s actions could be in violation of ADA laws. Two readers pointed out that Broadway and Chestnut Street are not adjacent intersections, so the pedestrian would have the right of way in the unmarked crosswalk and that the sidewalk elimination could be challenged in court. Take a look at the comments below.]