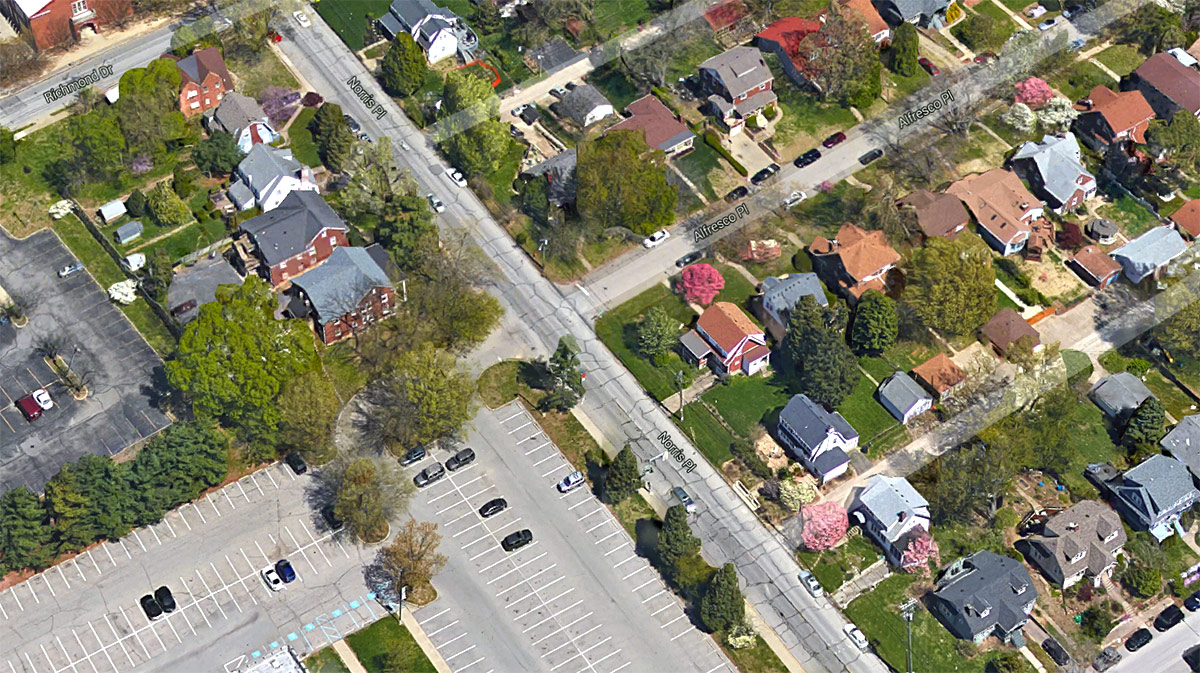 Norris Place should be one of Louisville’s most pedestrian-friendly streets. It’s got Highland Middle School and Bellarmine University a block apart with lots of students walking around, it runs through the suburban but dense Deer Park neighborhood with streets of tidy bungalows, and while it is sometimes busy, it’s not a major arterial. But the street is not a safe one, as illustrated in another hit-and-run case this month.

According to WDRB, in early October, 15-year-old Allison Lockyear was hit by a motorist at Norris Place and Alfresco Place across from Bellarmine University. She was crossing the street with friends. Lockyear rolled onto the hood of the car and suffered a fractured elbow. According to WLKY, she was then thrown onto the pavement when the car stopped.

“Then he comes and gets out of the car and was like, ‘What are you doing? What were you thinking?’,” Lockyear told WDRB. “And I was in shock and scared, and then he just drove off.”

The unidentified motorist in his mid-30s had brown hair and was driving a blue convertible. Anyone with information about the hit-and-run is asked to call the Louisville Metro Police Department at 502-574-LMPD.

It’s time Norris Place got a makeover. The street—and much of the surrounding neighborhood—has sparse sidewalks and few crosswalks. Where the collision took place, there was a narrow sidewalk on only the Bellarmine side of the street. The street is a marked bike route.

Because of the straight-away nature of the street, with no stop signs or traffic lights for blocks, motorists tend to speed through the area, making conditions even more dangerous.

With the potential for so many people walking around, this area is a natural fit for a complete-street redo to accommodate many modes of transportation. Where would you begin to address the issue?