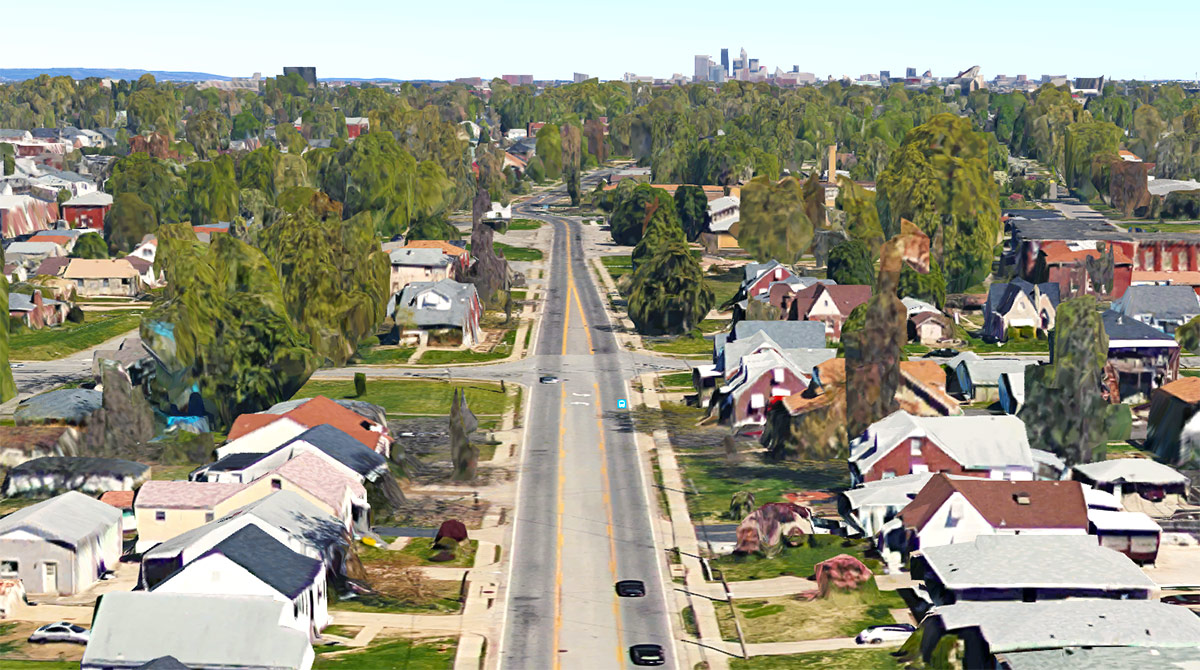 On Monday evening, a Louisville woman was walking along Southside Drive. At about 6:30p.m., she was crossing the street at or near the intersection Tenny Avenue when a motorist driving a Louisville Metro Police Department (LMPD) tow truck struck and killed her. The woman’s identity has not been released.

The usual reports came from WDRB, WAVE3, WLKY, and WHAS11, with LMPD spokesperson Dwight Mitchell making the usual victim-blaming statements about the person not glowing in the dark.

“Of course, education is always the key in terms of wearing reflective clothing and always crossing in crosswalks,” Mitchell told WAVE3. “It appears in this situation that that was not the case.”

As we have noted many times before, a person’s fashion choices while walking in Louisville should never be used to blame them for traffic violence. One note that Mitchell did not mention in talking with press is that the nearest crosswalks from the point of the collision is 1,400 feet south to Kingston Avenue or 1,800 feet to the north at Woodlawn Avenue. There are no crosswalks at Tenny Avenue near where the collision took place.

The condition on the ground was rainy with the sun having set an hour prior, so visibility was reduced—as was braking ability. But the speed limit on this stretch of Southside Drive is 25 mph, which should have given an appropriate time for reaction and statistically carries a 95 percent crash survival rate. Something clearly went wrong.

Other site details: The collision took place in front of a TARC stop on a two-lane road (with a center turning lane beginning at this intersection). The Southside neighborhood here is densely populated and has plenty of sidewalks, although the long stretches of 25 mph roadway with no traffic lights or stop signs can promote speeding by motorists.

Louisville is currently in the midst of a three-year, federally funded street safety campaign called Look Alive Louisville. The city is among the worst by population for pedestrian fatality rate. We need to advance the dialogue about these collisions if we’re going to make our streets safer.

Our thoughts are with the family of the victim.

[Correction: A previous version of this article said the sun was going down at the time of the crash. It had, in fact, set at 5:30p.m. The article has been corrected.]