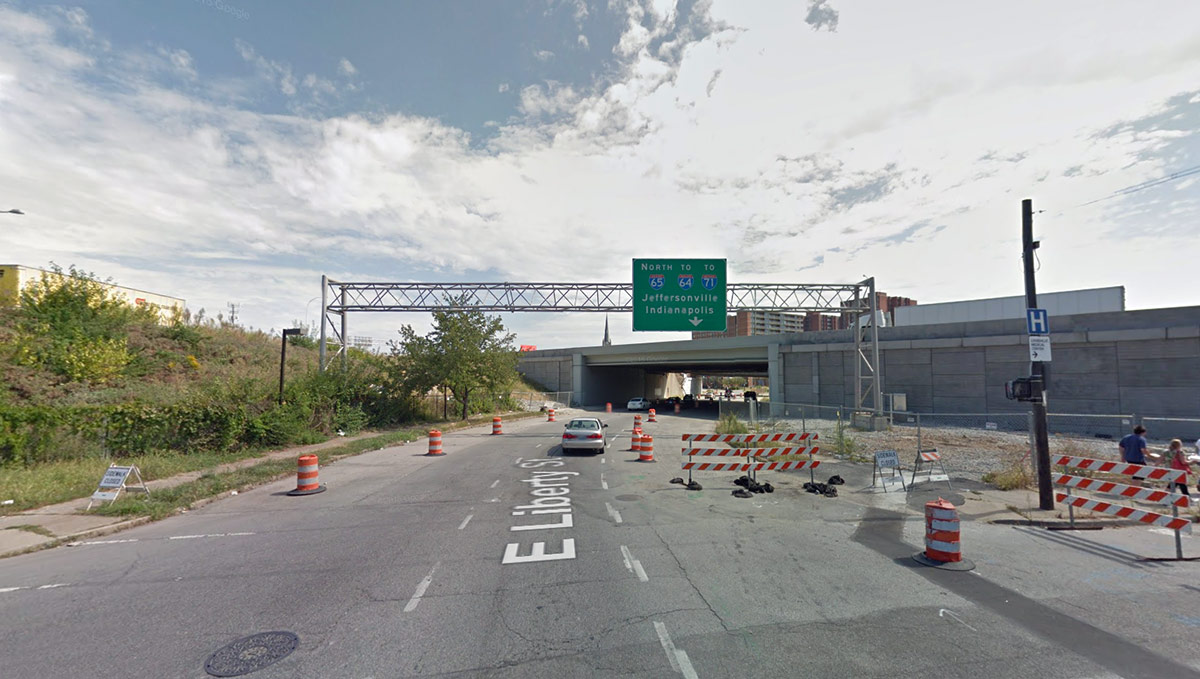 A motorist struck a pedestrian Wednesday morning in Downtown Louisville, inflicting life-threatening injuries. The collision took place around 6:00a.m. at the corner of Liberty Street and Floyd Street.

The pedestrian was a man in his 60s, according to the Louisville Metro Police Department (LMPD). Police spokesperson Dwight Mitchell added that the man was wearing dark clothing, a piece of information that should not matter but instead serves to establish victim fault. The motorist was driving a white Chevy Tahoe east on Liberty.

Neither the pedestrian and the motorist have been identified at this point. The victim is in critical but stable condition at University Hospital.

None of those introductions even make mention that there was a human motorist who drove into the pedestrian. Only one of them indicates a car was involved. This type of reporting shows a motorist innocence bias, where one of the parties involved is not described as actively striking a pedestrian. One report even went as far as to note the driver remained at the scene (which is the law), furthering that bias.

The opposite—establishing pedestrian error or fault—is also at play. Each of those reports felt it noteworthy to include the victim’s fashion choices—”dark clothing”—which doesn’t serve to advance the conversation on safety, only lay the groundwork for establishing pedestrian fault. While there are very few actual facts pertaining to the collision available, these reports have already set up scenarios where the pedestrian is to blame.

The way we repeatedly describe events can have an impact on how they’re perceived—in this case that traffic violence is a run-of-the-mill event. This is usually unintentional on the part of the writer, but paying a little more attention to the story never hurt anyone.

The average length of those reports was 94 words. Not that there’s anything wrong with brevity especially when details are scarce, but there’s more information to the story that went unreported and that obscures the traffic violence story in Louisville.

Additional information that could be helpful in understanding the problem includes the fact that Liberty Street has a speed limit of 35 mph. At this location it’s a construction zone, which would imply a need to reduce speeds. Also, Liberty Street is a five-lane, one-way superhighway that quickly is reduced to two lanes at this point for construction, which could cause confusion, especially if speed were a factor.

More information excluded from traffic violence reports: That pedestrians hit by motorists going 35 mph have a 50 percent survival rate and that the rate decreases to ten percent at 40 mph. That driving at 30–40 mph requires stopping distances of 85–145 feet. That a motorist’s peripheral vision is significantly reduced while traveling at those speeds.

If you look at the top picture from September 2015, you can see signs indicating the sidewalk on both sides of the street are closed, leaving pedestrians little recourse in moving around. On one side, they’re physically blocked, forcing pedestrians into the street to cross awkwardly midblock or turn back and walk enormous distances to get around.

More site observations: The crosswalks at that intersection—like at many locations around Louisville—are mostly worn away and poorly visible. An enormous green sign indicating where the highway onramp is located vies for motorists attention at the intersection. That even during daytime hours, the light conditions created by such enormous highways creates lighting conditions as dark as night.

None of the reports even bothered to mention that the city is in the midst of a major three-year pedestrian safety program called Look Alive Louisville instituted because the city is among the worst in the country for pedestrian fatality rate.

With the information available in these initial reports, it’s impossible to know exactly what happened, but the framing of information, however unintentional, and the lack of other vital data on street conditions and safety information contributes to the larger problems on our streets.

We wish the victim a full and speedy recovery and hope his injuries were not in vain.