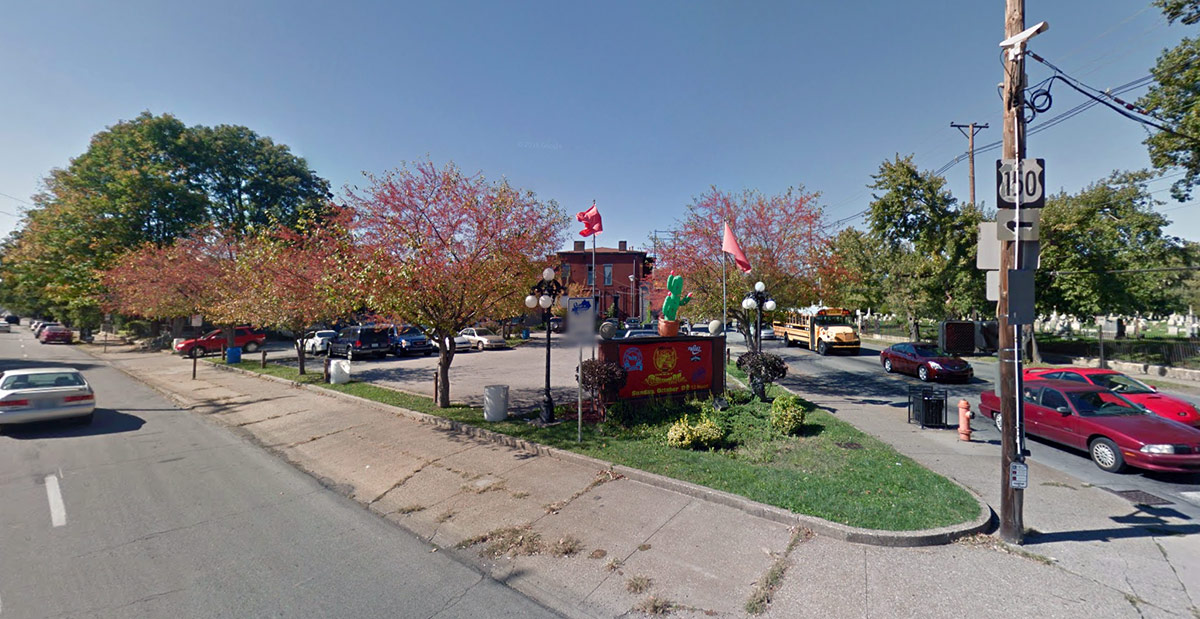 The developer behind the $30 million residential project set to fill the old Mercy Academy site on East Broadway is exploring another development a block east at the corner of East Broadway and Baxter Avenue.

Columbus-based Edwards Companies will hold a public meeting on Tuesday, October 6 (details below) to discuss the preliminary plans for the site that formerly housed the Phoenix Hill Tavern. The long-standing bar owned by Ben Rogers, Jr. closed abruptly in June along with Jim Porter’s Good Time Emporium on Lexington Road at Grinstead Drive.

According to a statement issued upon its closing on June 1st, Rogers revealed:

PHT is under contract with a first class real estate developer who I’ve personally researched and selected. The developer is proposing to work closely with The City to deliver a best of class development that will be very positive for the community. Based upon confidentiality agreements, the developer cannot be disclosed at this time, but they plan to introduce themselves and their plans in the near future…

I started Phoenix Hill Tavern in 1976, when I was 21 years old, in one tiny room – on the 2nd floor of a run down warehouse, that my beloved parents Sonny and Mary Ruth Rogers owned on Baxter Ave. “PHT” / “The Hill” eventually expanded into the entire warehouse and became a sprawling 25K sq. ft. “Live Music Showcase.” It operated continuously for 40 years.

Details of the redevelopment plan are still being worked out, according to Jonathan Wood, vice president of capital markets at the Edwards Companies. “As it appears, there’s an opportunity to develop something that would be great for the neighborhood and be better than what’s there today,” Wood told Broken Sidewalk. “We want to understand if the opportunity exists that we believe exists.”

“We’re trying to make sure we can do what we’d like to do,” he said. Part of that involves gathering feedback from the community, and Wood said he expects to have supporters and detractors of the project. “We’d like to meet with folks and share a vision that we have and understand what obstacles we might have in developing that corner—it’s certainly in need of development.”

According to Insider Louisville’s Caitlin Bowling, the Edwards Companies has an option to buy the Phoenix Hill Tavern site, its parking lots, and several houses, all owned by two LLCs operated by Rogers (Baxter Avenue Realty and Triangle Realty). He also holds options on two other sites owned by others and housing Roppel’s Full-Service Auto Center and security company Deco A/V. (This map breaks down ownership with Baxter Avenue Realty noted in red, Triangle Realty in yellow, and others in purple.)

The site today is a hodge podge of new and old structures in various states of maintenance floating in a sea of surface level parking lots. By our count, there are three historic commercial buildings fronting Baxter Avenue that sit within the project bounds and 13 houses on East Broadway, Baxter Avenue, and Rogers Street. Phoenix Hill Tavern had made previous attempts to tear down some of those houses for additional parking in the past. A zigzagging alley winds its way through the irregularly shaped block.

Historically, the corner of East Broadway and Baxter Avenue has lacked an urban identity and street wall. In the mid 20th century, the corner housed an Art Deco–styled Standard Oil gas station, seen above in 1954.

Wood said whatever they eventually propose would offer high quality urban design. “We’re very capable. We work with an array of architects, any of them exceptional,” he said. “What we would typically do is try to mass what we could put on the site. It’s an oddly shaped piece—we’d need to assemble pieces to even start to try to make it work.”

Tentative plans call for a four story mixed use development with residences above retail. “The project that we’ve designed and proposed for the Mercy Academy site is probably not terribly different,” Wood said. “But it doesn’t have a mixed use component—it doesn’t have retail.” He added that the design will likely look different to fit the distinct character of the Phoenix Hill Tavern site on a high-traffic corner. “It necessitates a much different articulation of architecture,” he added.

“We would have a four-story building,” Wood said. “We’ve only have done five stories on a few occasions. We wouldn’t intend to build more than a 4 story building.” The project could include 200-300 apartments.

The corner of Broadway and Baxter forms an acute angle and could accommodate a flatiron-shaped building. Broken Sidewalk contributor Nick Seivers speculated on what the site could hold in a proposal published on Broken Sidewalk. His plan shows a taller, denser project than Wood described, and includes a reconfigured intersection and development at the site of an abandoned gas station across the street. His proposal has no bearing on the project being proposed by the Edwards Companies, but it is helpful in imagining what development on the site could look like.

“We’ve looked at [the Phoenix Hill Tavern site] as if it were a blank canvas—as a piece of dirt,” Wood said. “It’s obviously not a piece of dirt. It’s a neighborhood with a lot of charm and history and it has buildings on it.” The Edwards Companies is working with Louisville’s Gresham Smith & Partners to plan the site. “Along those lines. Every site is different and needs to incorporate the local presence that’s there—the local flare,” he added. “It needs to be congruous with the neighborhood.”

The public meeting for the Phoenix Hill Tavern development site will take place on Tuesday, October 6 at 7:00p.m. at the Highlands Community Campus, 1228 East Breckinridge Street.

“We’re not interested in a design charrette, but we are interested to hear feedback in terms of what our vision is for the city, which is a mixed use project,” Wood said. “We are conscientious about what the neighborhood has to say about the massing of our project and how it would lay out.”