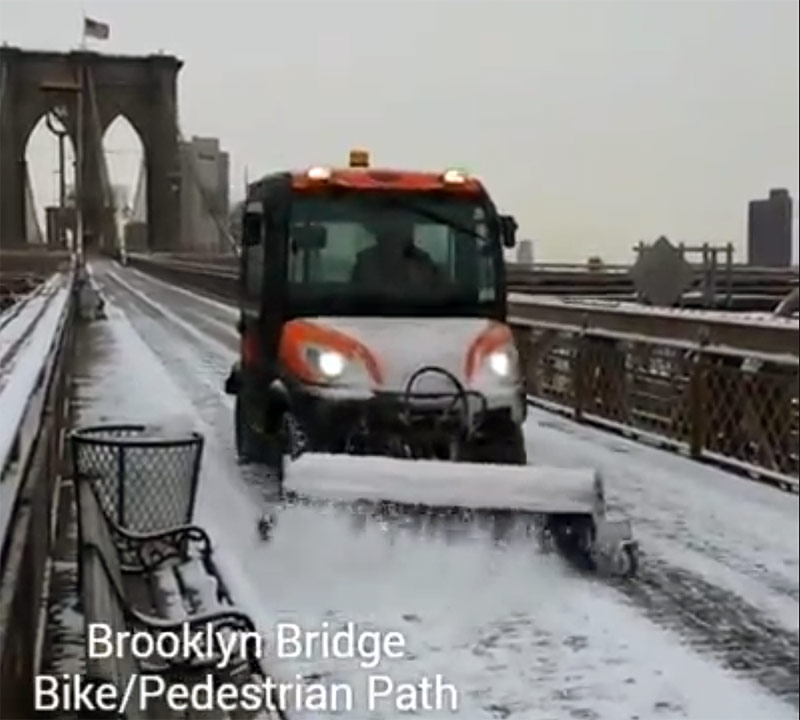 Last month, we struck a nerve with our criticism for the Waterfront Development Corporation’s decision not to clear the Big Four Bridge during winter weather conditions, and instead close it to the public. Many readers engaged in a lively debate over the importance of the bridge as a key piece of pedestrian and cyclist infrastructure and whose responsibility it was to clear streets and bridges in Louisville.

In my opinion and from personal observation in other cities, clearing snow from a pedestrian and cyclist bridge is not that big a deal. It doesn’t require heavy machinery or corrosive salts, just a glorified golf cart with a giant spinning brush on the front. But the benefits of doing so are great.

For a city, like Louisville, trying to promote walking and biking as a real form of transportation, not just a means of play on the weekends, keeping such infrastructure open is crucially important. And the difference it makes in public perception of a place’s bike- and pedestrian-friendliness is hard to beat.

Last week, New York City got some snow. That snow didn’t deter many bike commuters from from taking the bike path across the Brooklyn Bridge into Manhattan for a day’s work. And the city was there to support them. Take a look at the video below (or click here if it doesn’t load) to see just how easy it was for the New York City Department of Transportation to clear snow from the bridge’s bike and pedestrian path. One important note: the path is made of wood, so plows and chemicals could not be used, but this simple brush attachment easily did the trick. (For further reading, check out this best practices report of Winter Bike Lane Maintenance.)