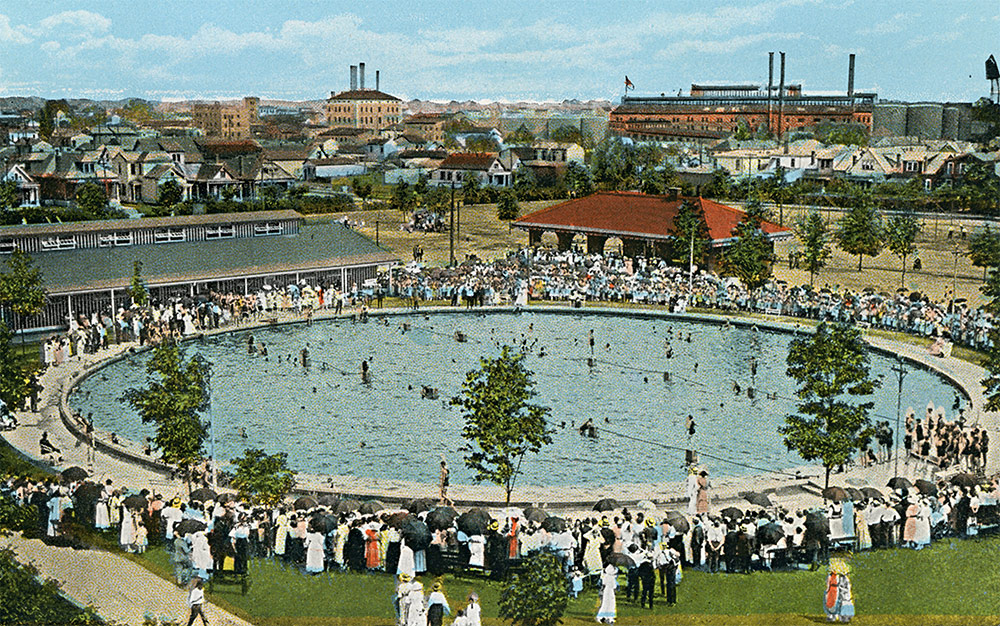 For a neighborhood with more nonprofit organizations than private businesses, and a dense concentration of repurposed historic buildings, Shelby Park is a unique, yet oft-forgotten gem.

“We’re kind of a nonprofit headquarters,” said Chip Rogalinski, president of the Shelby Park Neighborhood Association (SPNA), referring to the high number of churches, charities, shelters, and civic organizations in the area. “There’s this kind of compassionate way of thinking that’s noted throughout the neighborhood.”

The compassionate culture of Shelby Park is particularly evident in the high number of shotgun and camelback houses that have been carefully rehabilitated and put back on the market—a rare occurrence in a city keen on replacing landmark structures with luxury hotels and surface parking lots.

“We worked with the Olmsted Parks Conservancy and the city to stop that effort,” said Rogalinski. “We were able to save our park back then—that’s when we really galvanized our residents—but now we’re faced with a host of new challenges. The biggest of which is our vacancy issue.”

[pull_quote_center]On Saturday, February 28th, the Shelby Park Renovation Expo & Open House will open the neighborhood up to the public and provide a “one-stop shop” for potential renters and homebuyers.[/pull_quote_center]

Unlike Smoketown, which has seen an influx of federal dollars—most of which is connected to the redevelopment of public housing in the form of a Hope VI grant—Shelby Park has been left to solve vacancy problems on its own terms.

“Smoketown is dealing with movements of an entire neighborhood,” Rogalinski explained. “There are some really strong nonprofits in that neighborhood, working and advocating for the Smoketown community, but I’m finding that we need to be our own voice. We are particularly looking for a regional effort to make sure we keep people’s focus on creating more density and walkability in downtown neighborhoods.”

In areas like Park Hill and California—whose vacancy rate continues to hover around 30 percent—abandoned structures are mostly owned by Louisville Metro and are up for grabs via the VAPStat website. In the case of Shelby Park, the majority of vacant properties are privately held, which often makes it difficult to renovate, restore, and resell neighborhood homes.

“One family that has traditionally held property in the area has about 16 houses in Shelby Park and they’re just sitting on the properties, not selling them or offering them on the market,” said Rogalinski. “Some of the houses are vacant because of foreclosure issues, and some are just not being paid attention to by their owners.”

This predicament led to an idea—the kind of idea that could directly confront the abandoned property issue while simultaneously drawing people downtown: a Renovation Expo and Open House.

Scheduled for Saturday, February 28th, the Expo will open the neighborhood up to the public and provide a “one-stop shop” for potential renters and homebuyers.

Courtesy of New Directions Housing Corporation, three houses on East Oak Street will be open to visitors—one of which is a shotgun house, rehabilitated through Preservation Louisville’s “Save Our Shotguns” program and with the help of Highland Baptist Church.

Access Ventures—a venture philanthropy organization connected to Sojourn Community Church—is the media sponsor for the Expo and will have three houses open to the public: located on Shelby Street, Shelby Parkway, and Camp Street. Although the houses have already been sold, they will be on display because of their unique renovation style.

“Two of the three houses on display are shotgun houses,” said Forest Aalderink, director for real estate with Access Ventures. “Instead of having the front room being used as [a] bedroom—which is common for many shotguns—we’ve flipped that design to have the living room in the front and bedrooms in the back. The houses are being exhibited to encourage developers into thinking of new ways of rehabilitating shotguns.”

The Park—a co-working space also owned by Access Ventures—will be open for public viewing. Located at 1229 South Shelby Street, this structure is perhaps best recognized by its mural: “Building something bigger than ourselves together.”

Social entrepreneurs Dan and Beth Rose have been married for over 25 years, and together they’ve rehabilitated 12 houses throughout the city, mostly in Shelby Park and Smoketown. Their soon-to-be-completed bungalow on 715 Shelby Parkway will be open to visitors during the Expo and will be available for sale or rent once completed.

Just to sweeten the deal, Wells Fargo—the naming sponsor for the event—will provide renovation workshops to the public and offer financing options that include the renovation of existing homes.

According to SPNA’s three-year strategic plan, there are a number of initiatives on the table aimed at improving the quality of life in Shelby Park. First and foremost is the vacancy issue. Through projects like the Renovation Expo and Open House, Rogalinski and company hope to decrease the vacant lot and housing stock by 10 percent annually. In addition, the neighborhood association has passed a measure to plant 500 trees over the next five years (that’s in the neighborhood, not in the park).

“We are trying to show that together we can not only stabilize this neighborhood, but we make it choice,” said Rogalinski. “Shelby Park used to have this huge underground swimming pool that’s now been converted to a splash park. It just shows that the neighborhood is always evolving, but it was good for our grandparents, and it could be good for us again.”

Other locations open to the public during the Expo:

Galerie Hertz
1253 South Preston Street
Owner Billy Hertz opened the first Galerie Hertz on Bardstown Road before relocating to East Market Street, back in the day before NuLu was invented. In 2008, he and his partner relocated the gallery to its current site: an old vaudeville theater constructed circa 1911.

House of Ruth / AIM
607 East St. Catherine Street
Built in 1890 as St. Matthew United Church of Christ, this property was sold for only a dollar to a group of Roman Catholic women in 1998. Shortly thereafter, AIDS Interfaith Ministry moved in with House of Ruth. Together, the two nonprofits have emerged as an anchor in the Shelby Park community, providing assistance to people affected by AIDS and HIV.

Smoketown USA
1153 Logan Street
Don’t let the name fool you – this world-famous BBQ restaurant is actually in Shelby Park. Built in 1862, this building initially housed a seed store, a grocery store, and a livery stable. In 2002, the historic structure was purchased and remodeled by owner Eric David Gould.

Bicycling for Louisville / Falls City Community Bikeworks / BareFit Fitness
1217 Logan Street
Occupying the Bornstein Center on Logan Street are three organizations each with similar, yet distinct missions. During the Expo, B4L will be open to visitors looking to engage in bicycling advocacy efforts; Falls City will welcome cyclists looking for some hands-on bike repair workshops; and BareFit will allow guests to tour their recently remodeled exercise facilities.