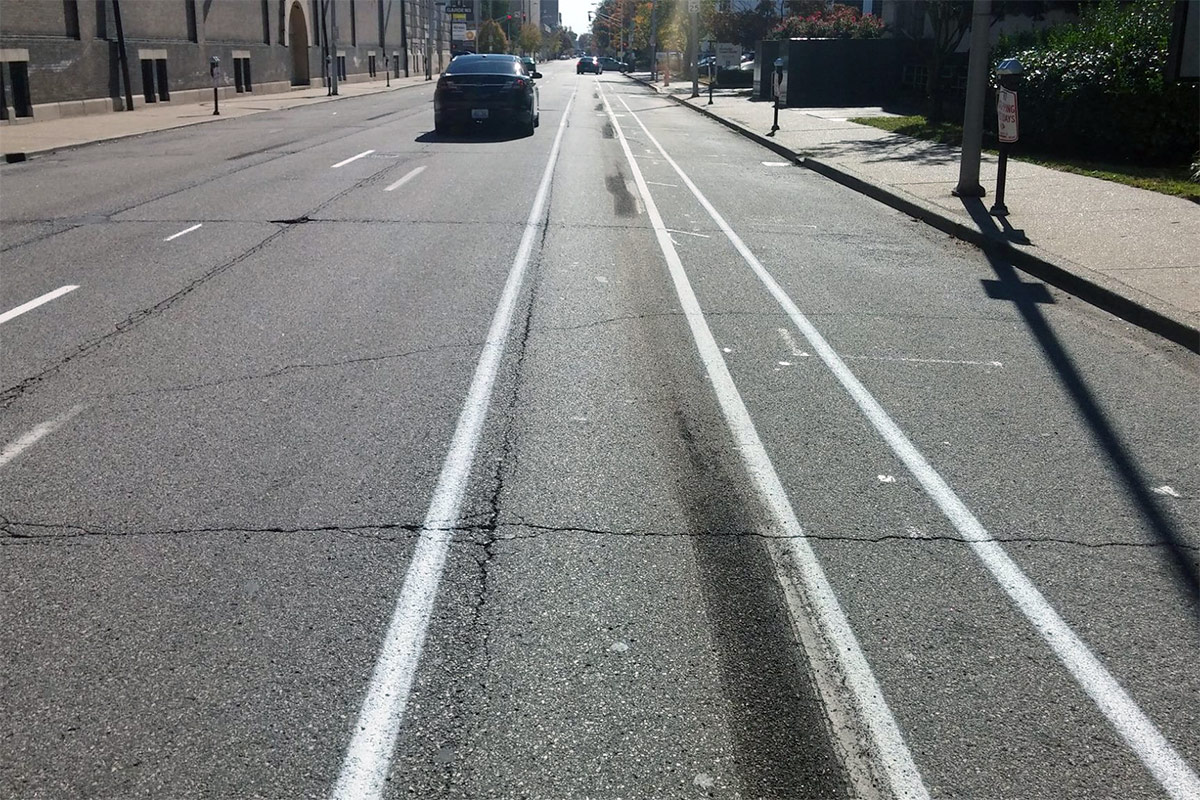 On Thursday, October 29, Louisville newest bike lane was striped on Sixth Street. As we reported in August, the new 1.4 mile stretch of bike lane begins at River Road and moves south through Downtown to SoBro and Limerick and eventually to Zane Street at the doorstep of Old Louisville.

“The new lane is a big win for all users of the street,” Chris Glasser, president of Bicycling for Louisville (B4L), told Broken Sidewalk. “It makes room for bikes while preserving parking capacity and traffic capacity for drivers. Narrower lane widths will encourage slower driving speeds, making the streets safer for pedestrians.”

While the white stripes have been painted demarking the bike lane, there’s more coming. Later this week, crews are expected to add green paint—the city’s first—to mixing zones, where motorists and cyclists can potentially cross paths. Green paint will also be applied to the lane entry points at the beginning of each block.

Additionally, bollards are slated to be installed from Muhammad Ali Boulevard to Broadway to help keep the lane clear of improperly parked cars and to prevent motorists from driving in the lane.

The new lane brings the total new lanes in 2015 to 2.6 miles, including a pair of lanes on Chestnut Street and Muhammad Ali Boulevard that opened in the Spring. Another project is in the works to extend the Kentucky Street bike lane and add lanes to 12th and 13th streets. Now that two public meetings have wrapped up, that lane could be built later this year or early next.