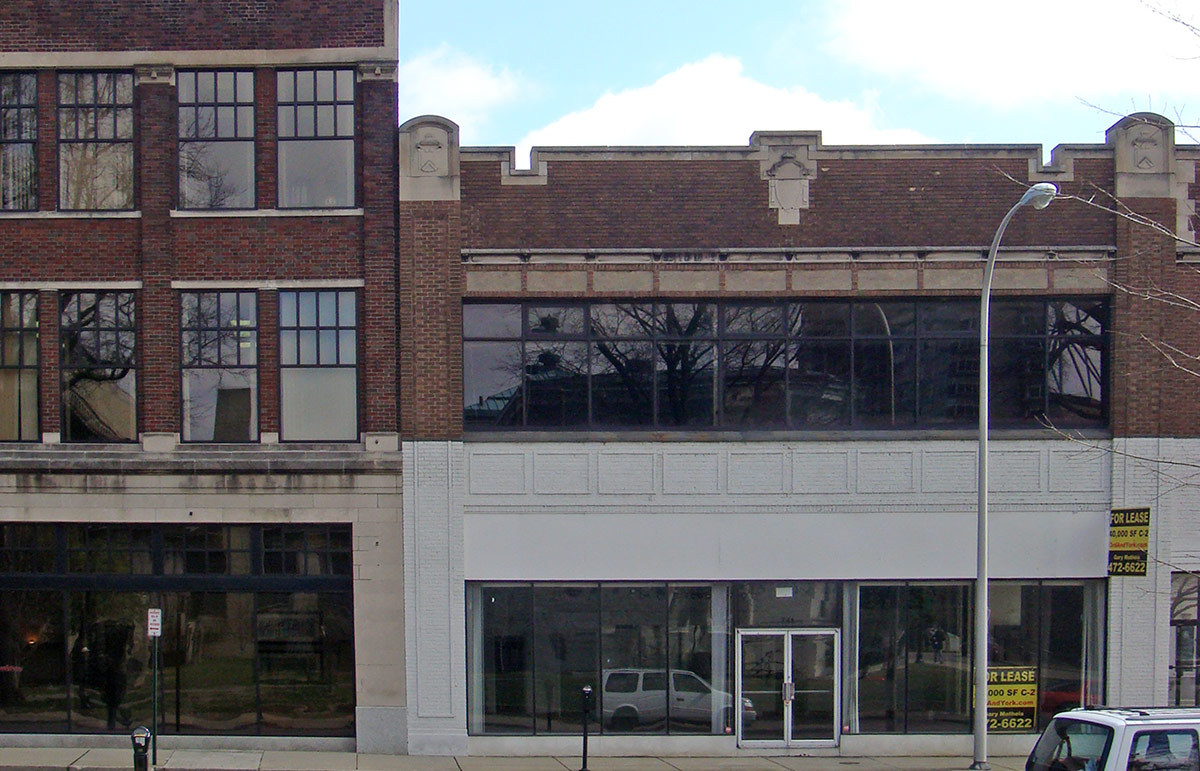 For much of the second half of the 20th century, the Downtown-adjacent area south of Broadway has been an overlooked expanse of parking lots and a scattering of institutional uses—just a few forgotten blocks to drive through between Downtown and Old Louisville. Almost no one lives there and there’s little reason to stop, save a stop at the Louisville Free Public Library‘s landmark main branch on York Street.

Despite its key location, Third Street south of Broadway hasn’t had a lot going for it. But SoBro has been quietly changing, and there’s reason to believe the next decade could see a resurgence in urban vitality along the neighborhood’s windswept sidewalks. A few high profile projects are already complete or in the works, including the 800 Tower Apartments renovation, expansion at Spalding University and the Kentucky College of Art + Design, and even some creative thinking about bus stops.

Soon, a new mixed-use development could bring some much-needed activity to Third, according to David Mann’s December 4 story in Business First. Luckett & Farley purchased a two-story building and parking lot directly south of its headquarters on the street and plans a full renovation—and maybe more.

Located at 741–749 South Third Street, the project will convert some 40,000 square feet in the two-story structure into offices for the growing architecture, engineering, and interior design firm as well as additional office space and potentially housing. Luckett & Farley, as expected, will handle the design in house.

“It’s going to be a vibrant, mixed-use building,” Ed Jerdonek, president and CEO of Luckett & Farley, told Mann. The property has been vacant for the past decade.

Insider Louisville’s Caitlin Bowling followed up Monday morning, adding that the architecture firm purchased the building for $1.5 million from Gary L. Matheis. Luckett & Farley’s head of development, Tim Pitcher, told Bowling that this property is part of a larger project that could involve multiple parcels. Development details are still being worked out.

“We are going to be active in Louisville in general and SoBro in particular,” Pitcher told Bowling.

That last part is exciting: that the project could expand beyond just renovating the two-story structure. Luckett & Farley is keeping mum on more detailed plans, but it’s clear from the sea of parking surrounding the architecture firm’s offices that a larger project could include new construction sorely needed in the area.

Filling in the parking lot that was part of this acquisition at the corner of Third and York streets would go a long way toward defining the streetscape around the library. We’re excited to see what Luckett & Farley has up its sleeve.

Bowling also pointed out that the building’s transportation heritage extends back to the early bicycling movement with Kentucky native William Prince Wells, known as “The Greatest Living Sensational Cyclist.”

In 1890, Prince Wells moved to Louisville, eventually opening a bike shop Downtown in 1900 at 538 South Fourth Street. You can still see his name emblazoned on the three-story structure.

After 20 years in the bicycle business, Prince Wells switched to automobiles, first operating at a now-razed site on Fourth Street and then moving to this Third Street location. Luckett & Farley’s current offices occupy part of Prince Wells’ Third Street facility.

Renovation work is expected to get underway in 2016.