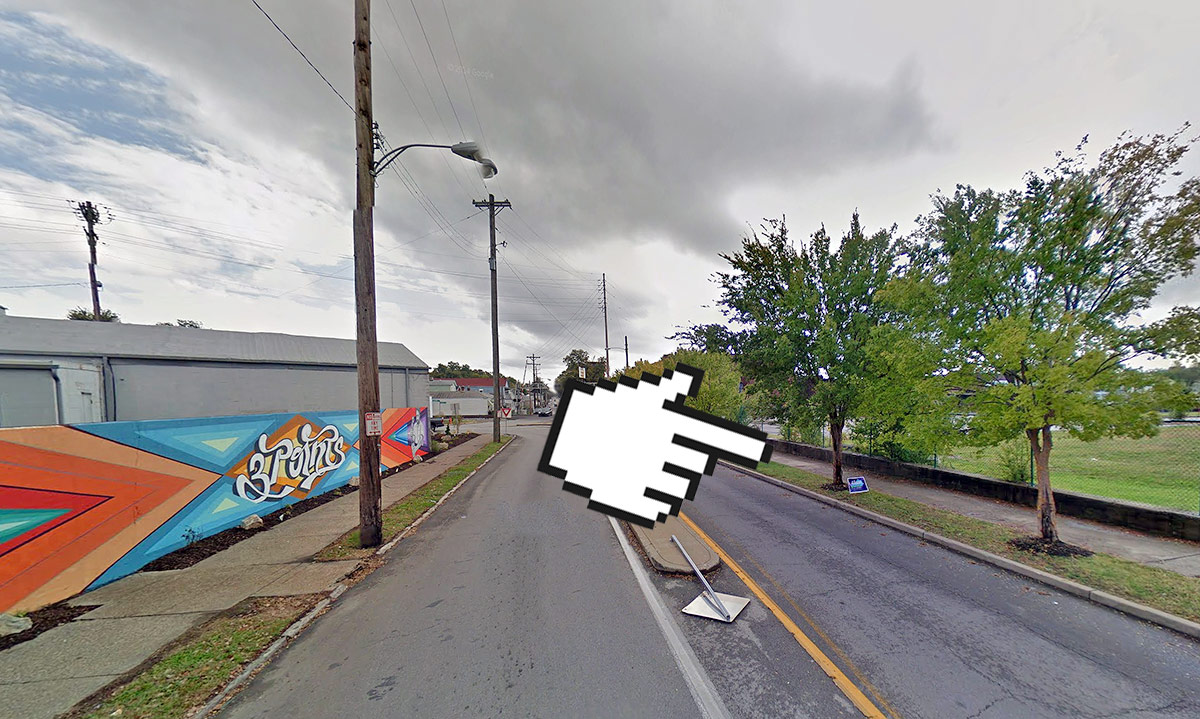 This month, someone ran into a tree on Goss Avenue, resulting in the tree being cut down. The tree was an established tree, no sapling, right in the middle of the Three Points target area that’s aiming to beautify the intersection of Germantown, Shelby Park, and Schnitzelburg. (Broken Sidewalk spoke with founder Jennifer Chappell about the project earlier this year.)

Taking to Facebook, Three Points organizers said, “We’re not 100% sure a car took out this birch (which was later professionally removed), but it’s our best bet since that was the fate of the other 3 trees we have lost. Yup, this is #4.”

The post when on to say that three new trees would be planted in November, but lamented that an effort to grow the city’s ailing tree canopy has been reduced to just keeping up. “It’s a real bummer,” the post said.

To prevent a fifth tree from being run down by an errant motorist, Three Points offers the following advice:

Tips to avoid hitting a tree:
—Don’t drink and drive
—Don’t drive like an asshole
—Slow down
—Keep your car on the street (it’s that paved stuff with lines)