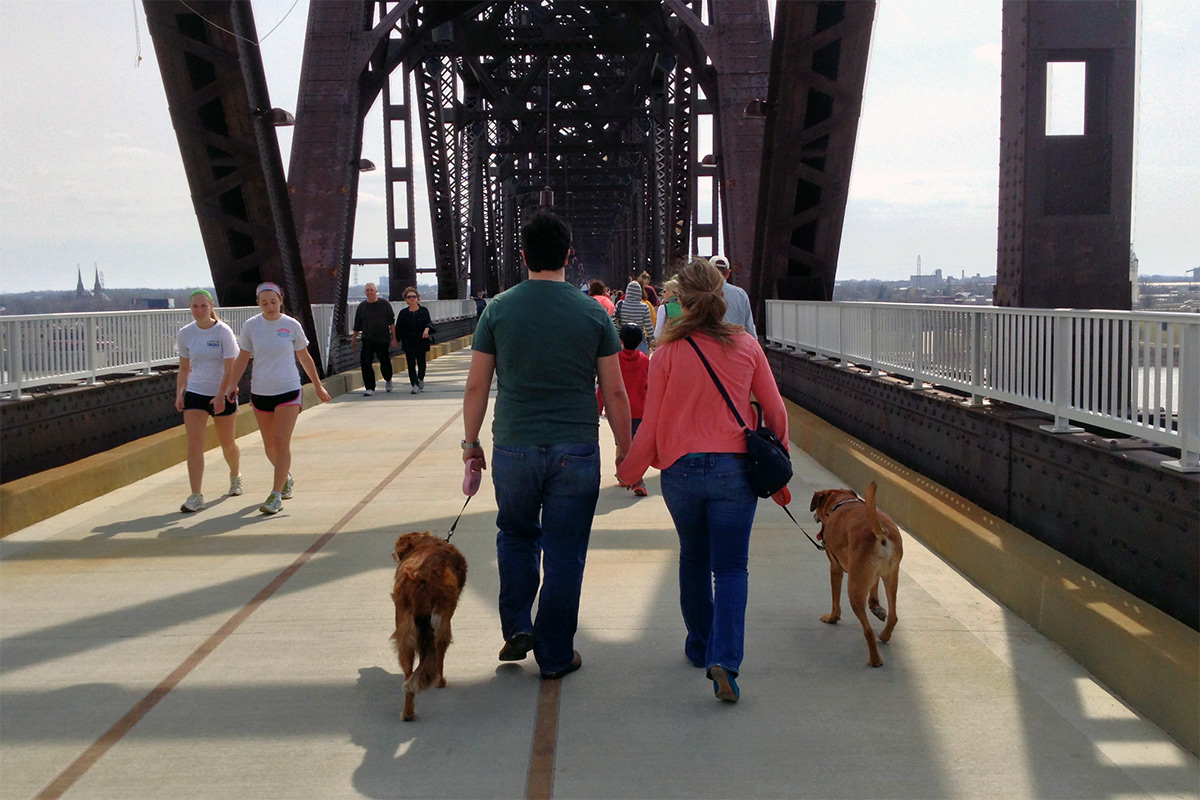 Americans should spend more time walking, and communities should be equipped with walking areas to make that possible, U.S. Surgeon General Vivek Murthy said in a report released on Wednesday. “Maybe this sounds like obvious advice, a health tip right up there with admonitions to eat right and wear sunblock,” Emily Badger writes for The Washington Post. “But for much of the last century, the federal government has backed a different idea—cars running on cheap fuel and fast asphalt should carry us everywhere—that has largely proved incompatible with walking.”

University of Virginia’s Peter Norton, who has studied the history of transportation, told Badger, “If the Surgeon General had called for people to exercise more, that would be just another predictable announcement. But he called for walking. That puts him up against a long history of official discouragement of walking.” One of the main problems is that nearly one-third of Americans live in neighborhoods that lack sidewalks, Badger writes. “The federal government subsidized the construction of postwar suburban subdivisions so heavily dependent on the car they had little use for sidewalks. The government paved the highways that enabled people to live there and kept low the gas taxes that made commuting 30 miles a day affordable. Government engineers came, over time, to think of roads as the domain solely of automobiles—and of pedestrians as an impediment to them.”

Another problem is that many people live far enough away from work, grocery stores and other conveniences that walking is not possible, Badger writes. Still, in an age where cars take people everywhere they need to go, many people have grown out of the habit of having to walk much more than 300 to 400 feet to get anywhere.

Murthy told reporters, “In the last few decades we have lost touch with physical activity.” Badger writes, “This is true in many ways, in school days that no longer include recess or in jobs that no longer demand physical labor. But it is primarily true in how we’ve built (or rebuilt) the world around us. And research is starting to show the health consequences. Communities designed around more compact, walkable street grids—places that have what the Surgeon General calls ‘connectivity’—have been correlated in research with reduced rates of obesity, high blood pressure and heart disease (they also have fewer fatal car crashes, another public health problem). One study of a million residents in Toronto found that people in less walkable neighborhoods were more likely to develop diabetes.”

[Editor’s Note: This article has been cross-posted from the Rural Blog. Top image of the Big Four Bridge by Zepfanman.com / Flickr.]