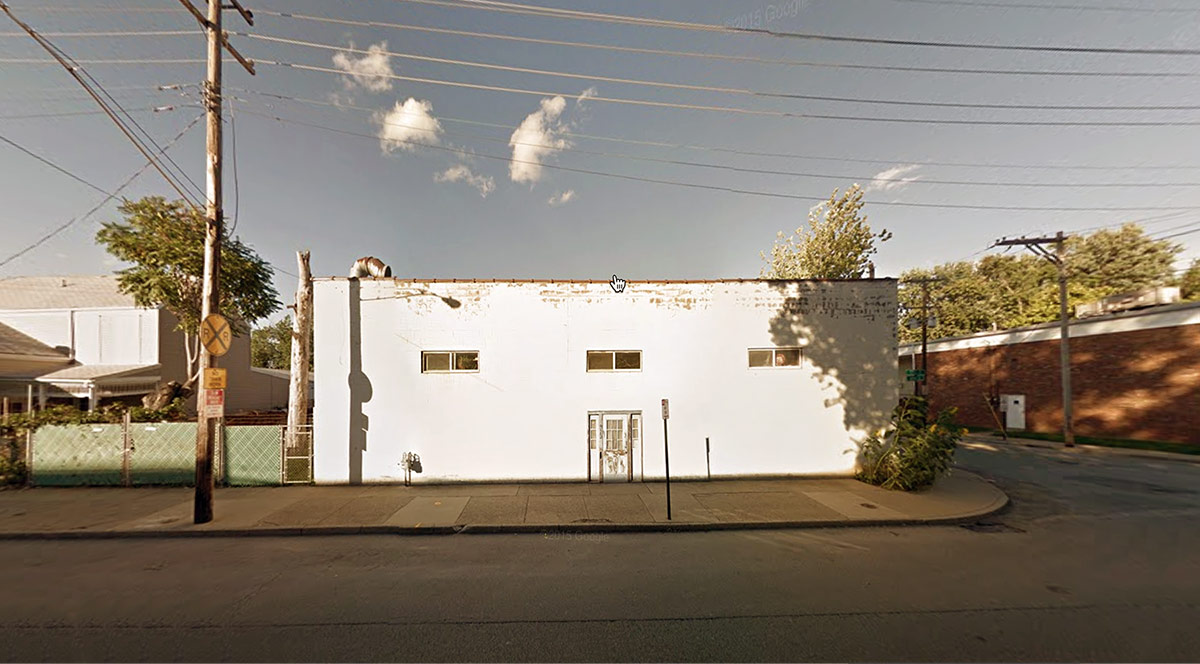 Three Points is growing! The neighborhood group remaking the confluence of the Germantown, Shelby Park, and Schnitzelburg neighborhoods where they all touch at the foot of Goss Avenue is adding another mural—with a historic twist.

Located at the corner of Goss and Boyle Street, the new artwork pays homage to the old Louisville Cotton Mill located across the street. The “mural will look as if the cotton mill was spliced down the center and you were able to peer inside during a bustling work day,” according to a post on the Three Points website.

The group asked historian and author, Lisa Pisterman, to assist with researching the authenticity of the mural. “She has an extensive knowledge of the cotton mill and has been curating its artifacts for many years,” the website continued.

Pisterman is the author of Louisville’s Germantown & Schnitzelburg, chronicling the neighborhoods’ history. “The Louisville Cotton Mill, located on Goss Avenue, has the distinction of being the first mill in Germantown and is a significant example of Victorian industrial architecture,” she wrote in the book. “The mill was built in 1888 by Richard A. Robinson, a drug company sales representative, and his son, William Robinson, was the president of the mill. Architect Charles Julian Clarke designed the main building with its impressive five-story tower. The Louisville Cotton Mill produced cotton warp for the manufacture of Kentucky Jeans.”

As you’ll remember from our previous reporting, the Louisville Cotton Mill is in the midst of a major conversion by developer Underhill Associates into the Germantown Mill Lofts. That project is bringing 187 apartments to the neighborhood. Plans for a new restaurant called Finn’s Southern Kitchen, located in a building on McHenry Street, were also recently announced.

“We met with Jeff Underhill of Underhill Associates,” Three Points said, “and discussed what they envisioned for the wall, as we felt it was important to get the opinion of the people who are making a multi-million dollar investment across the street.” Working together, a palette of earth tones that blends with the neighborhood was selected. “Afterall, this will be highly visible to the new tenants of the Germantown Mill Lofts who have apartments in the front of the building.”

The mural, tentatively called “An Homage to the Louisville Cotton Mill,” will be located at Ackerman Millworks, 923 Goss Avenue. Owner Ray Ackerman donated the wall for use by Three Points.

Stephen Paulovich Studios will create the mural. “His studio has demonstrated their mastery of designing three-dimensional subjects that will be key to this mural—from the machines to the workers,” Three Points wrote. “His designs capture the real-to-life look we want this mural to have.”

“Paulovich had an art studio inside of the mill from 1994 until it closed in 2013,” the group added. “He spent many years working in the building and learning its history.” He previously created another mural inside the mill, but it was removed some time ago.

In typical Three Points fashion, the mural will be accompanied by streetscape improvements such as new landscaping, benches, planters, and new lighting to the building. (Read our interview with Three Points founder Jennifer Chappell here.)

Fundraising for the project is already underway—a goal of $15,000 has been set. “That may see like a hefty sum,” Three Points wrote, “but murals are a costly venture.” Besides the streetscape improvements, work includes stripping and priming the wall, machinery rental, paint and supplies, and sealing the mural.

A formal fundraising campaign is expected in coming weeks—stay tuned to the group’s Facebook page for updates. Paulovich is working pro-bono on the project, but still has to pay his employees. The mural is expected to get underway in the Spring of 2016 and will be completed by the end of the year.