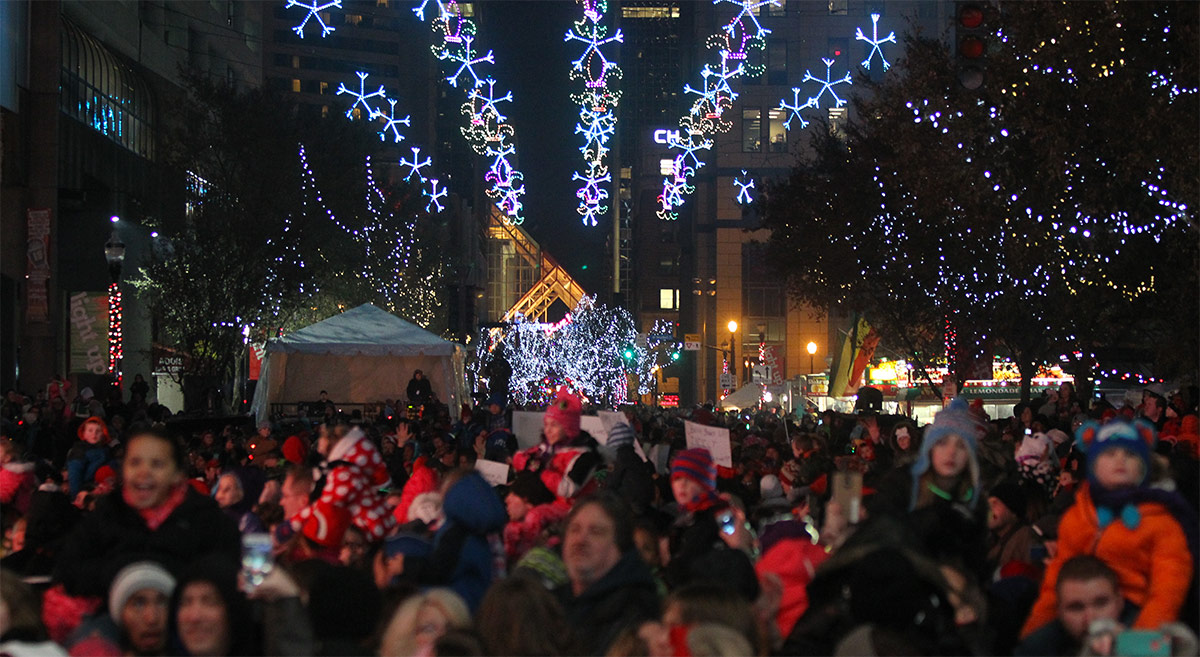 As we head into the giving season, it’s worth reflecting on the rising influence of public charities on the urban landscape. Their numbers have grown steadily since 2000, with revenue, expenses and assets growing by more than 10 percent between 2008 and 2013, according to a report from the Urban Land Institute. Charitable giving and volunteering are increasing as well.

This trend is a curious mirror of depleted resources and alarming cuts in City Hall, which, in many communities, has led to nonprofits taking on more responsibility for common-good public services. This has some ambivalent consequences, but the good news is that citizens essentially have an opportunity to “vote” for their civic values by supporting organizations that have the best possible influence on the community.

This year, as you decide on end-of-year donations—or consider giving money in honor of those on your holiday gift list—cultivate your public-spiritedness by directing that giving to the city you love. Give generously. Give as you never have before. Here are five influential ways that you can do so.

Nonprofits dedicated to historic preservation are typically run by the people who love the city down to its marrow. Local organizations like Preservation Detroit and Preservation Louisville do the yeoman’s work of connecting a city’s past to its future. They bring hands-on education and enthusiasm to historically significant buildings that make a city distinctive, enhancing quality of life and building a communal sense of rootedness. But the impact of preservation goes further.

A 2011 report from Preserve America found that preservation brings a significant boost to the local economy by creating jobs in rehab work, tapping tax credits, improving neighboring property values and igniting heritage tourism. Historic preservation also has an environmental benefit by reusing enormous amounts of material, reducing debris and making neighborhoods more walkable. In Hartford, Connecticut, for example, the nonprofit Breaking Ground (formerly called Common Ground) spent $22 million a few years ago to rehab a building into mixed-income housing. Had it been demolished instead, the debris would have filled 39 boxcars and generated waste equivalent to 21 days of trash from the entire city.

Learn more about how you can support Preservation Louisville here.

If you believe that knowledge, information, and art is a public good, then show your love to the library system of your favorite city. The power of this space was evident when the libraries in Ferguson and Baltimore stayed open as a place of refuge when their cities were in turmoil. Other libraries have uniquely adapted to the needs of their communities, whether by providing food to hungry kids during summer reading programs or making it possible to check out not only books but also musical instruments and fishing poles.

In short, libraries are as universally popular as ever—but most struggle with capricious public funding. You can help enhance the programming, collections and facilities of your local library by donating directly to it—many have a “donate” button right on their website—or to its affiliated “Friends” group. Some libraries, like the one in Cincinnati, also have a bookshop run by the Friends group, where all proceeds support the library. You can amplify your impact by doing your holiday gift shopping here.

Learn how you can support the Louisville Free Public Library here.

Despite their urgency, direct human services that provide food and shelter to a city’s poorest citizens accounted for only 12 percent of charitable giving in 2014 (though it had the third largest share of total contributions, behind religious and educational organizations).

No city should neglect the basic needs of any of its residents. Help those on the front lines by donating to nonprofits like Second Harvest Heartland in the Twin Cities, Forgotten Harvest in Detroit, and New York’s City Harvest, which rescue good food that otherwise would’ve been wasted and give it to the hungry. D.C. Central Kitchen also combats hunger and reduces food waste, while training adults in transition for culinary careers. (They’re featured in a recent Next City story.)

Especially as the season turns cold, support for the places that shelter the homeless, like Boston’s Pine Street Inn and Philadelphia’s Project Home, is essential. And don’t forget the perpetually under-resourced shelters for women and children who are trying to escape domestic violence, like Good Shepherd Shelter in Los Angeles.

“Like transit, housing and jobs, the media play a role in a city’s health and success,” wrote Diana Lind on Next City last year. And it’s true: The media infrastructure of a city has a transformative role to play in holding public leadership accountable, ethical stewardship of collective resources, and public awareness about civic challenges and possibilities. Modern-day media woes are common knowledge; that means that your support matters now more than ever.

In the city you love, what is a news outlet that is doing work that would leave a terrible void if it were absent? Where is the journalism that you’d like to see grow and expand? If it’s a nonprofit outlet, like The Lens in New Orleans, Baltimore Brew or Oklahoma Watch, give them a donation. (Disclosure: Next City Editor-in-Chief Ariella Cohen is on the board of The Lens.) If it’s public media, like St. Louis Public Radio or PBS Chicago, become a member. And if it’s a traditional news outlet, like Charleston’s Post and Courier or the Houston Chronicle, don’t be afraid to become a subscriber. It doubles as a gift to yourself for the new year. You’ll love it.

Learn how you can support Louisville Public Media or subscribe to the Courier-Journal. Or drop us a line for information on how to support Broken Sidewalk.

As any good urbanist knows, the days of strict differentiation between “city” and “country” are over. Whether it’s community gardens, urban agriculture, tree censuses, or even urban wetlands, more and more cities are embracing their natural ecosystem. The result is a radically new vision of what a city can look like—and it is more beautiful, healthful, and sustainable than ever.

Help make it thrive by supporting organizations that are cultivating the earth in the city you love, like the Bronx River Alliance, Silicon Valley’s Our City Forest, Sustainable Tallahassee, or the Hoosier Environmental Council in Indianapolis. Green Works in Kansas City connects its environmental stewardship with education and workforce training for young people in the city. You might also consider activating your neighborly citizenship and environmental conscience by supporting your local adopt-a-park program. See examples in Winston-Salem, Los Angeles, and Tucson.

Learn how you can support Louisville Grows here.

[Editor’s Note: This story was originally published on NextCity.org, which publishes daily news and analysis on cities. Learn more about Next City by following them on Twitter and LinkedIn. It’s part of a column called The Equity Factor, made possible with the support of the Surdna Foundation. Top image courtesy Metro Louisville.]