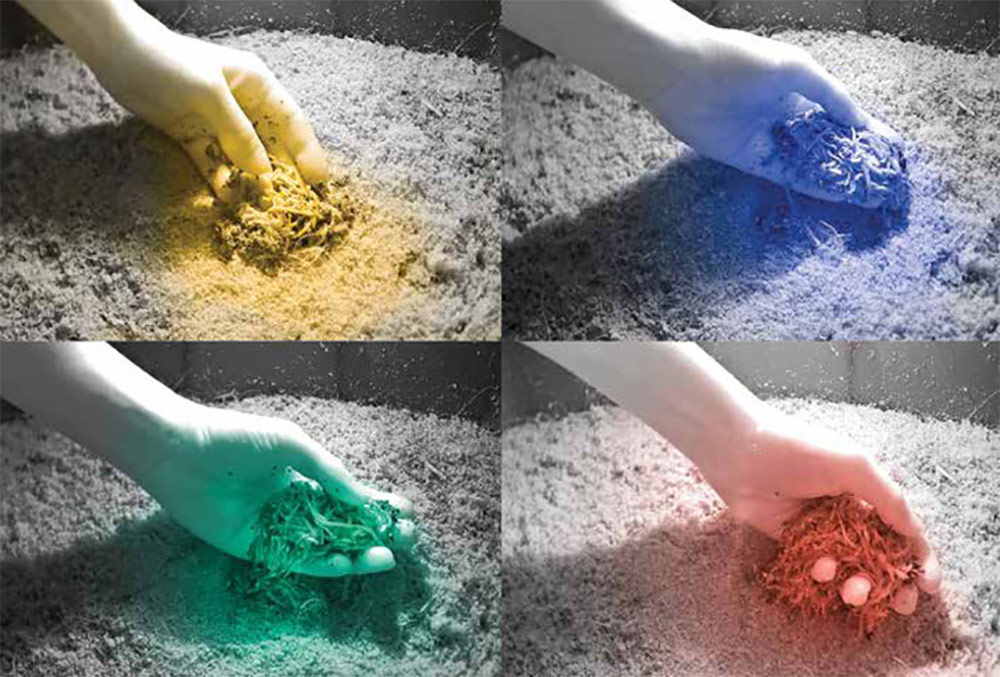 A new exhibition at the Kentucky School of Art‘s 849 Gallery called VermiCulture Makers Club explores the sustainable—and sometimes high design—world of composting with worms. Curated and partly created by artist Amy Youngs, the exhibit, running through April 17, looks at how the simple worm could one day save the world. And tonight, Thursday, March 26, Youngs will give a talk on her work at 6:00p.m. as part of the official exhibition opening at the gallery from 5:00–8:00p.m.

According to Youngs’ show statement, “The climate is catastrophic—what can one individual do? Look to the worm.” She continued:

Composting worms can play a powerful role in helping us reduce our greenhouse gas output, but their power to repulse us is a barrier. There is a lot of cultural work to do if we are to develop symbiotic relationships with them. The VermiCulture Makers Club is a way to invite other humans (you) to participate in this interesting challenge of changing our cultural minds around worms. Can we develop an appreciation of them by observing them on webcams as they do their incredible waste-disposal work, or by enjoying the plants that are living on nutrients created by worms? Can worms enter the space of our homes and develop collaborative relationships with us more easily when their habitats are embedded in hydroponic plant towers, or hidden inside teddy bears, furniture, kitchen cookware or paper shredders? What would you try instead? I hope you will join me in prototyping a future that appreciates our shared world with other living things. We start with the worm, and we work together to create new culture and new ecosystems.

According to the 849 Gallery:

VermiCulture Makers Club is an exhibition of art, new media, DIY design, music, and participatory projects, celebrating the connections between humans and worms. Artist Amy Youngs, who has been making work with composting worms for over ten years, exhibits her recent projects that interface worms with our domestic spaces. As beneficial waste processors, fertilizer producers and greenhouse gas reducers, worm colonies are invited into the home, workplace, art studio and gallery as collaborators and as models for living more sensitively with ecosystems.

Selected creative works of her former students and worm-appreciating colleagues will be represented in the exhibition, along with a call for additional work that can be submitted via social media by anyone in the world using the #wormculture tag. Visitors to the exhibition can participate in the “worm selfie station”, rock in a chair that powers a hydroponic worm ecosystem, watch worm webcam movies, and take inspiration from a variety of experimental worm bin designs and vermicultural artifacts. At the close of the exhibition, VermiCulture Prizes will be awarded to the best new culture created for, or about, composting worms.

Among the works on display is the “Machine for Living Interdependently (rocking chair powered vermiponics)” shown in the video above. By rocking in the chair, water is pumped to the top of the sculpture where it slowly percolates down, passing along nutrients from worms at work. (You can also watch a live video feed of the worms at work on Youngs’ website.)