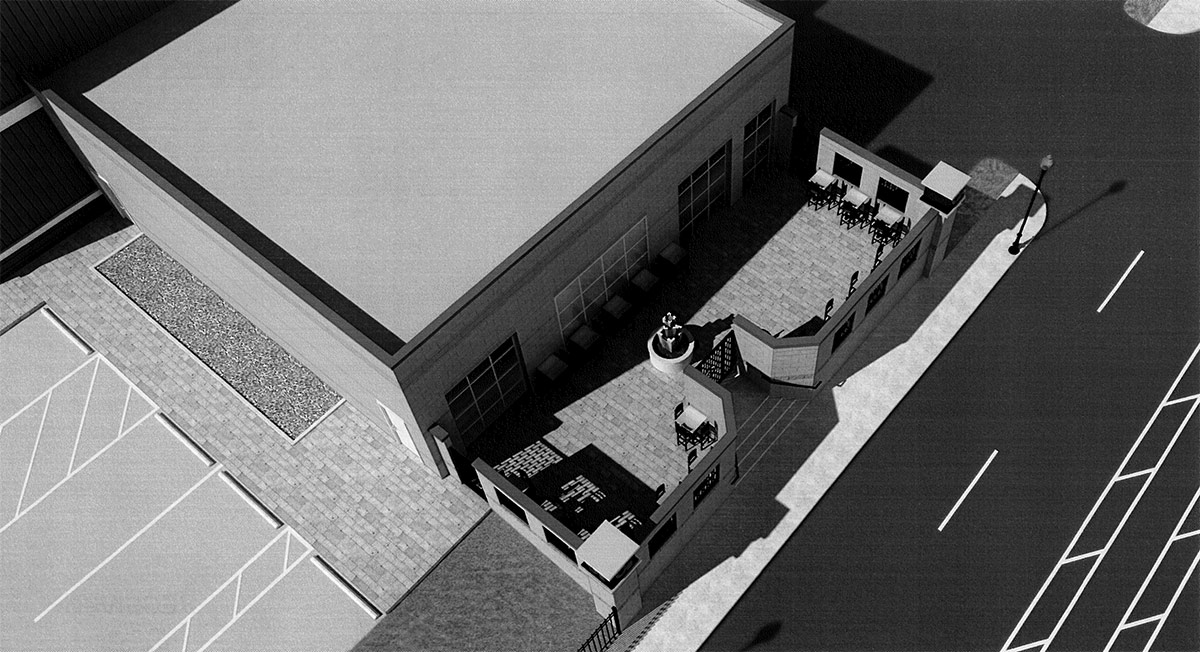 An old warehouse on the western edge of Smoketown along quiet Floyd Street was converted into the Vu Guest House in in 2014. That $3 million project by George Stinson and Ed Lewis brought with it 55 hotel rooms and the eye of the New York Times, which included the project in a June 2014 roundup of projects transforming the city.

As we wrote in 2012 when the project was announced, the hotel at 822 South Floyd Street occupies a building dating back to the 1860s. The former Ryan Hampton Tobacco Company manufactured cigars and chewing tobacco. Long vacant, the 18,000-square-foot structure has since been fixed up and painted red and pink.

What makes Stinson’s boutique hotel so special isn’t that it’s an adaptive reuse of an old building in a forgotten corner of Smoketown. Rather, it is that it’s part of a grander vision to create a destination for the gay, lesbian, bisexual, and transgender communities right here in Louisville. Stinson calls it The Village.

The next phase of that master plan came into focus this week as Stinson filed plans with the city to build a 15,300-square foot banquet hall adjacent to the Vu Guest House at 225 East Breckinridge Street. Renderings filed for the project show the venue’s name as “C2: Connection.” Stinson had said years ago that he would eventually relocate his popular Connection night club, where Lady Gaga once took the stage for an impromptu performance, to the complex.

The project consolidates six parcels into one large plot housing the banquet hall and an existing 75-car surface-level parking lot. Stinson upset the preservation community a couple years ago by demolishing three large Victorian houses along Breckinridge for that parking lot.

One of those six parcels housing the former Ewald Radiator repair shop will be incorporated into the banquet hall. The building’s rusty turquoise enamel metal facade was previously painted a jolting lime green. The new one-story hall will be built of metal and concrete block, according to plans. The project is being designed by Louisville’s Berry Prindle Architects.

Next, Stinson must take his plans before the Board of Zoning Adjustments to ask for several waivers needed to begin construction.

The master plan shows three buildings fronting Brook Street as “Future Restaurant,” “Future Catering Facility,” and “Future Retail Location,” so there will be more news to come from the Village complex.

If anyone will pull it off, Stinson will. “For most of the past 50 years, George Stinson has been an important part of the city’s cheerful disposition. Now 69, he’s one-half of Louisville’s most successful gay business partnership,” Michael Lindenberger wrote for The New Republic in June, chronicling the Louisville’s gay history in a comprehensive story titled “The Vanishing Terrain of Gay America.”

Stinson got his start working at The Downtowner in the ’60s, where he went on to manage the bar’s drag business until 1972. “Thirty years ago, he and Ed Lewis opened The Connection Complex, which at 30,000 square feet is today one of the largest gay dance clubs in the United States.” More recently in 2009, he opened the Marketplace, a collection of gourmet shops and a restaurant in the old Kentucky Theater.

Stinson is happy with how he sees Louisville evolving, according to Lindenberger. Referring to new bars opening outside of Downtown in places like Butchertown or the Highlands, Lindenberger wrote, “Stinson described it as a ‘gay format but without the gay identity,’ adding that that was exactly what he and other gays had been fighting for all their lives.”