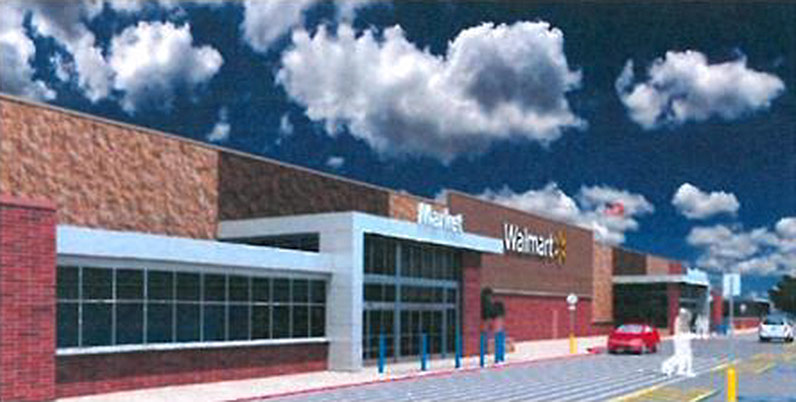 What Walmart builds at the corner of 18th Street and Broadway should not be about whether individuals like or don’t like the Walmart plan. That should be irrelevant. Metro Louisville has rules in place for all new development to follow. Many of them specific to their neighborhood types, as is appropriate.Small businesses, local folks, have to follow these rules. There is a review process to make sure that they do.These rules aren’t arbitrary. They grew out of a hard-fought process, with a lot of Louisville’s citizens investing time and their best thinking into an excellent and broad community discussion of who we want to be. (No, not Vision Louisville, but Cornerstone 2020.)Why would we make it so easy for a wealthy mega-company to simply ignore these rules?! Why should they get better treatment than Louisville businesses who might actually contribute more back to the community? Why would we sell out our long-term quality of life for a few dead-end minimum wage jobs?

This proposal for a Walmart on Broadway will establish a precedent for how this whole crossroads at Downtown Louisville’s south edge will develop in the future. If Walmart gets to break the rules, how do we enforce them for the next project that doesn’t like them?Will Mayor Greg Fischer’s administration and Metro Louisville government at large knowingly undermine the Land Development Code when Walmart has already shown that they can do better in other cities? While the Land Development Code isn’t strong on all fronts, this exact dilemma about how to build on a site like 18th and Broadway is something it addresses—and clearly. My clients have had to invest the time and care to be compliant in pursuing their projects. Why not Walmart? Will Mayor Fischer support this proposal while also professing support for things like improving the tree canopy, ReSurfaced, Park(ing) Day, CycLOUvia, Bourbon tourism, transit improvements, and other initiatives that are specifically about moving in a different direction? I like the Mayor. I like the things he says. He’s smart. But is he giving those of us who care about the quality of our urban environment false hope? How meaningful is it for him to give minor (painless) support to positive built environment initiatives if he then gives the big victories away?This could be a big victory for the Land Development Code. Something that shows it works the way it was intended. Something that shows that the citizens of Louisville can band together to help make meaningful policy that their Metro government will then enforce for the betterment of our built environment.