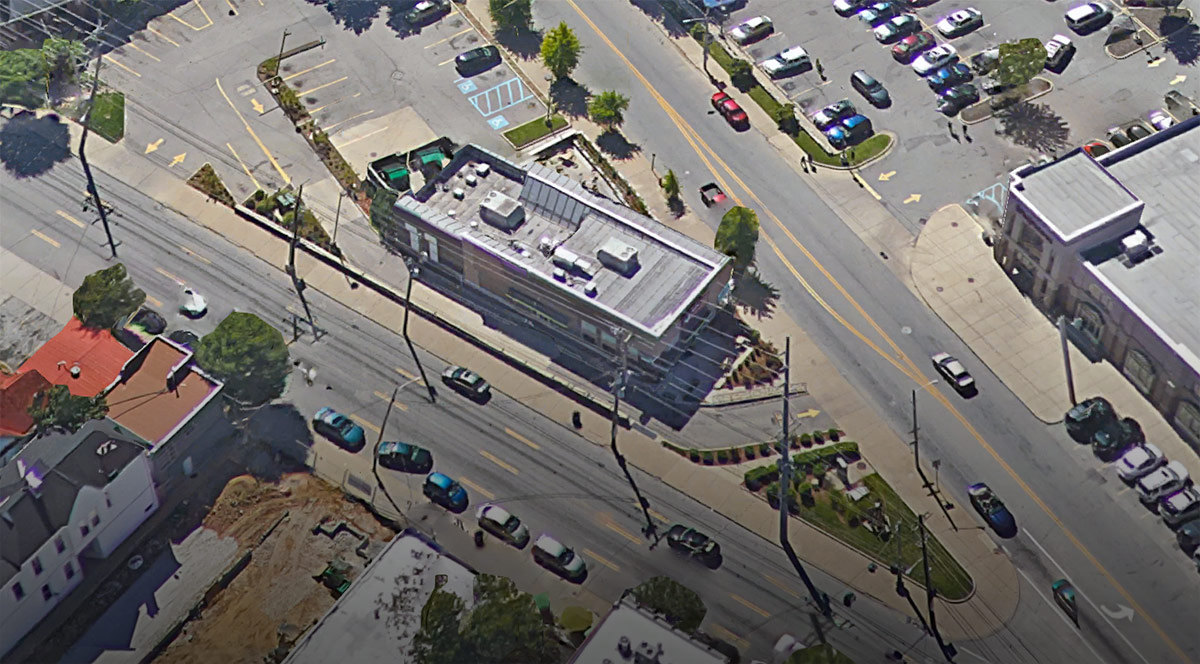 Here’s a story you don’t see everyday: a former fast-food outlet is being repurposed without its drive through. That’s the news on the sharply acute corner of Bardstown Road and Baxter Avenue, where Yang Kee Noodle recently unveiled plans for the old KFC Eleven building.

Construction will begin in early January to redo the property, according to Insider Louisville’s Caitlin Bowling, with a grand opening expected about three months later. The $500,000 renovation will remake the building—and the outdoor space around it—into a modern “Asian casual” restaurant with ample patio space.

Louisville’s Design+ Architects is designing the project. That firm has extensive experience designing fast-food architecture, including every brand name you’d expect to see along a suburban strip. Design+ previously designed the original KFC Eleven building, a previous Yang Kee Noodle location in Middletown, and a mixed-use structure housing their offices on the corner of Bardstown Road and Eastern Parkway.

The real highlight of the design is its use of outdoor space. According to Bowling, the restaurant will include a retractable patio cover and fire pits for about 60 people. The window where motorists once picked up buckets of fried chicken will be repurposed into a pedestrian station for to-go orders.

Renderings show a new slatted pergola structure holding the retractable awning, bridging over the former drive-thru lane and bringing the building to meet the sidewalk. Out front, tables with umbrellas make space for relaxing rather than driving off, chicken leg in hand.

We couldn’t be more thrilled with the decision to use the drive-thru lane as a seating area. It just sends all the right signals that the Highlands is a place for walking and enjoying the neighborhood.

A token patch of landscaping containing a small sculpture had long formed the tip of the triangular parcel, but with the roadway gone, that patch is expanded into a larger usable space, if not a true public space. We look forward to watching city life move by when Yang Kee Noodle opens next Spring.

Yang Kee Noodle announced it would open at the triangular site this past August. The first location opened in the Oxmoor Center shopping mall in 2003.