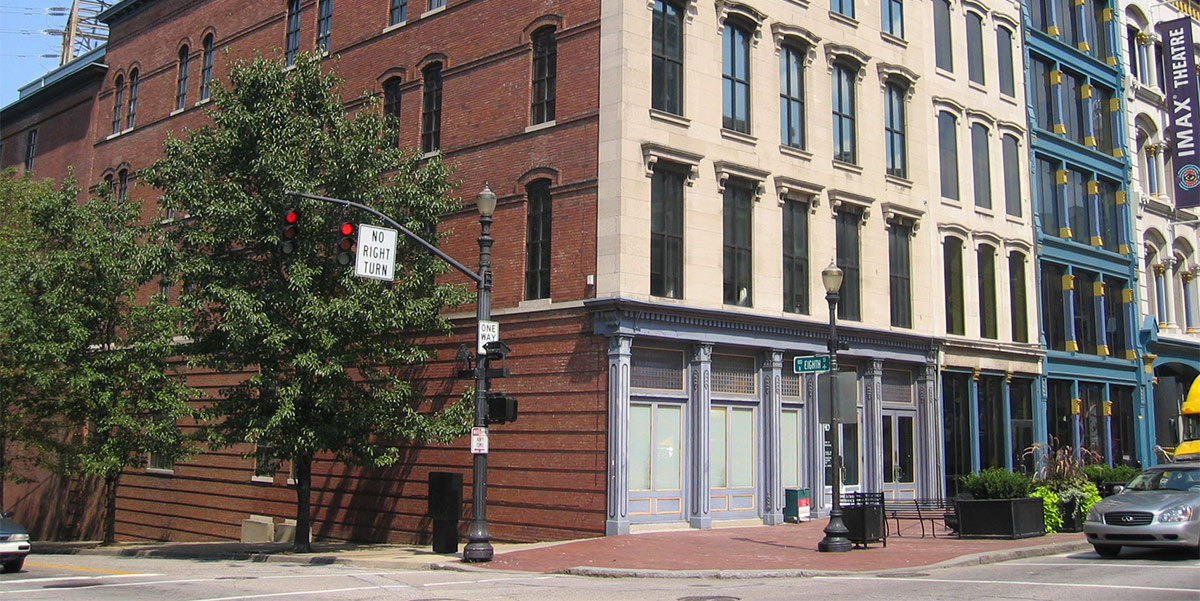 A signature building along West Main Street is on the market. Louisville Forward, the city’s economic development department, announced at the end of January that 745 West Main Street, on the corner of Eighth Street, has been listed for sale or lease.

The 29,853-square-foot structure is known as the Alexander Building (or “The Old Alexander Hotel”) and was built around 1880, according to the city. The building rises four floors from Main Street, but as Eighth Street drops off toward the river, another ground floor makes five.

Back in 2008, the Kentucky Science Center (then called the Louisville Science Center) launched plans to fill the Alexander Building with a $1 million, 5,200-square-foot expansion, including a new children’s lab (pictured) on the ground floor. The city purchased the building for $2 million at the time.

“Metro will entertain all offers and will evaluate based on the best interests of Metro,” a press release read. “All development plans shall be complementary to existing development on West Main Street. Metro does not commit to finalizing any sale or lease based on this availability.” The city said in the release that the site is suitable for office, retail or hotel development.

Two open houses are planned for the property:

Private viewings can be arranged by contacting Mark Zoeller at 502-574-0104. To get more information on the listing or to make an offer, contact Cathy Duncan, director of facilities, at cathy.duncan@louisvilleky.gov or (502) 574-4174. Offers and inquiries are due no later than February 29, 2016.

The location couldn’t be better for a top-notch mixed-use conversion. The north side of the structure features sweeping views of the Ohio River, while the corner location ensures there will be plenty of windows and natural light. And who wouldn’t want to wake up looking at the gorgeous Fort Nelson Building across Eighth Street?

Development has been pushing westward along the street for over a decade, and the surrounding blocks are now home to the Louisville Slugger Museum & Factory, Michter’s Bourbon Distillery, the Sons of the American Revolution, and the Frazier History Museum, among many others.

While West Main Street has dually been branded as Museum Row and Bourbon Row, the area could certainly benefit from a mix 0f additional uses—especially housing—that are lacking in the area. And more retail along the sidewalk never hurts.

What would you like to see fill the Alexander Building? Share your ideas in the comments below.

[Correction: A previous version of this article referred to the Louisville Science Center, which has since changed its name to the Kentucky Science Center. The article has been updated.]