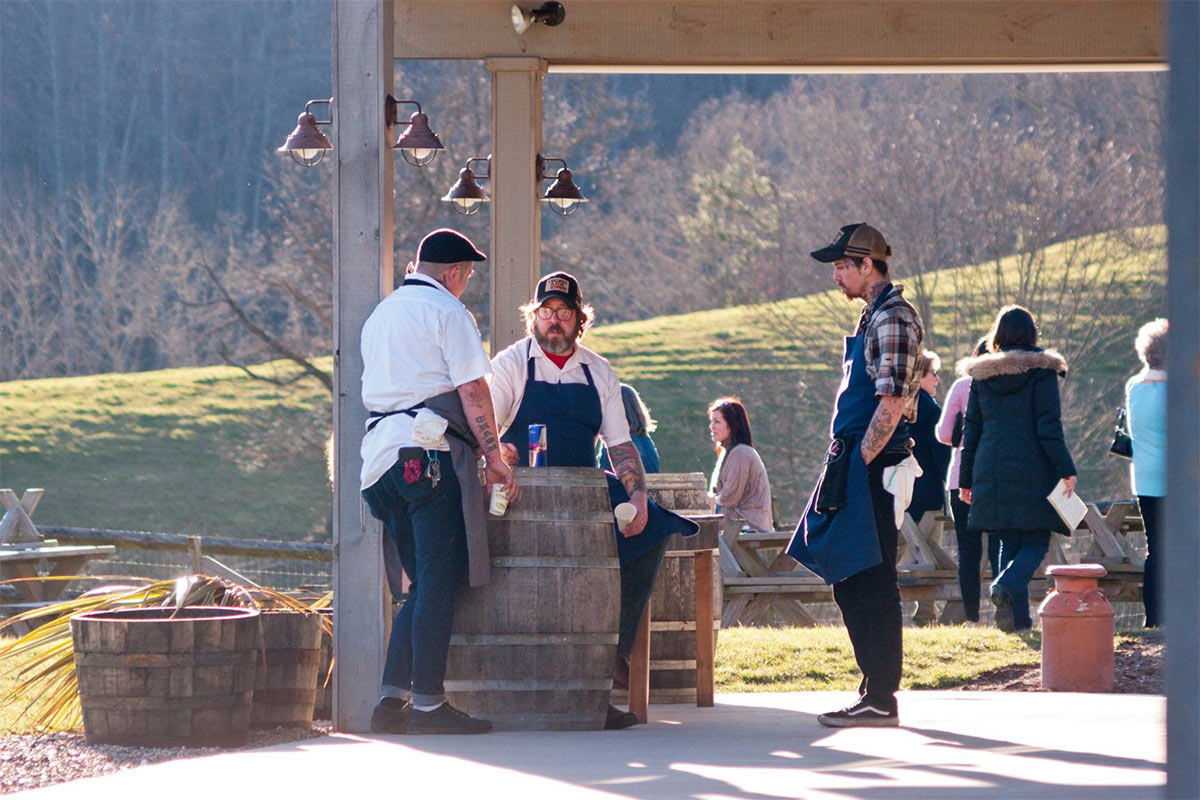 Appalachian cuisine, which is quickly growing in popularity, could help revitalize a struggling economy, Jane Black reports for the Washington Post. “The foods of Central Appalachia constitute America’s own cucina povera, as rich and unexplored in the American culinary scene as Tuscan food was in the 1980s. It’s a scrappy, intelligent way of cooking that, out of necessity, embraced preserving, canning, fermenting and using every part of the animal long before all that was trendy. There are leather britches, beans that are strung up whole to dry, then brought back to life with water and a smoky ham hock. There is vinegar pie, a mountain version of the South’s lemon chess pie, with vinegar providing the acid in place of expensive or hard-to-find citrus.”

“Last fall, scholars, chefs and activists hosted an Appalachian food summit in Abingdon, Va., to examine how the region’s food heritage can boost local economies,” Black writes. “In February, the James Beard Foundation hosted its first-ever salon for Appalachian chefs.” The Blind Pig, an Asheville, N.C. supper club, hosted six chefs for a dinner called Appalachian Storytellers, in which Tennessee chef Travis Milton served smoked venison, drizzled with a sauce made of malted sassafras and black birch syrup, and smoked collard greens (see photo above). The event, which hosted 140 people, sold out in a day.

Milton, who later this year will open Shovel & Pick, an Appalachian restaurant in Bristol, Tenn., is seeking traditional Appalachian ingredients by growing them himself, Black writes. He “is sowing 10 acres with greasies and other heirloom beans, cowpeas, creasy greens (a type of field cress), Candy Roaster squash, goosefoot (an Appalachian cousin of quinoa), blackberries, huckleberries and more… It’s all part of Milton’s grand plan to use food to ignite economic development in the region and end, once and for all, the pervasive stereotype of Appalachians as a bunch of toothless hillbillies.” Milton told her, “There’s real beauty in these dishes. They yield amazing flavors, the flavors of a subsistence culture. A humble pole bean tastes like a pot roast. You work with what you have because you have to eat.”

[Editor’s Note: This article has been cross-published from the Rural Blog. Top image of an Appalachian meal sponsored by Asheville’s The Blind Pig restaurant at Claxton Farm, NC, courtesy The Blind Pig / Facebook.]

Tim Mandell
Writer at The Rural Blog
Tim is a writer at the Rural Blog at the University of Kentucky's Institute for Rural Journalism and Community Issues.