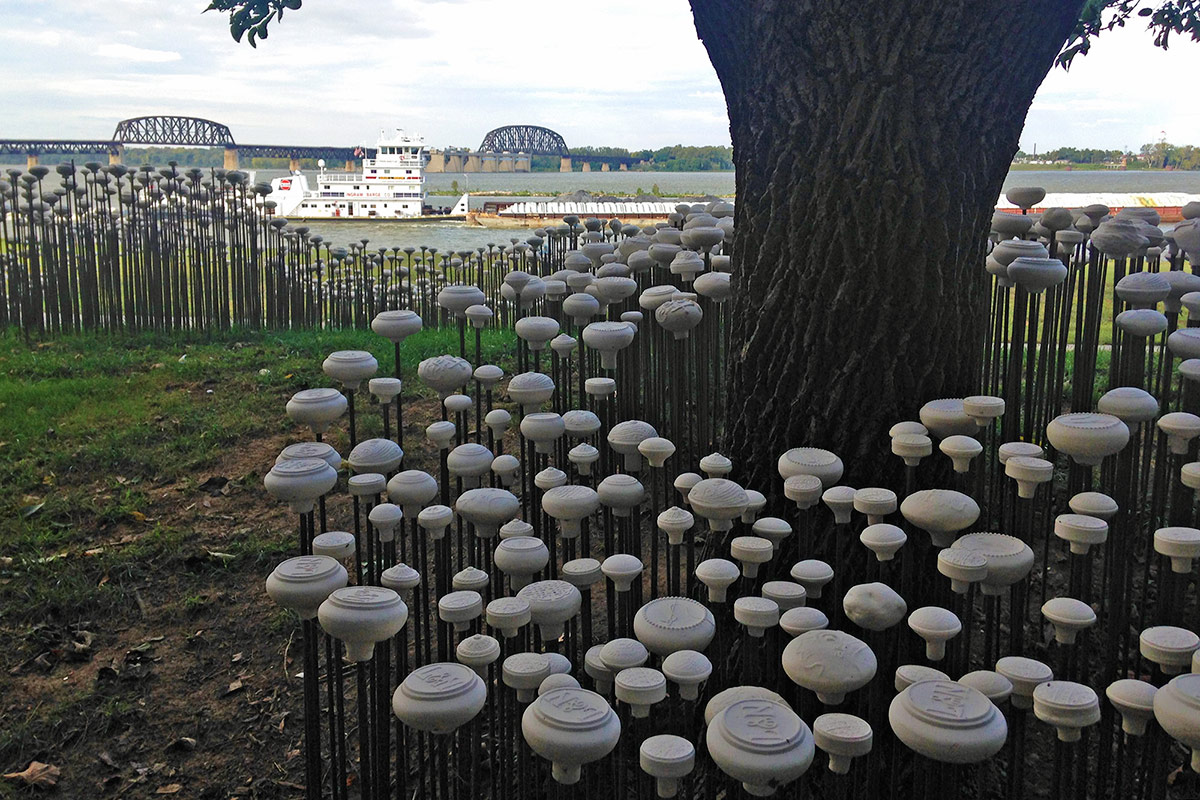 By all accounts, Louisville today is a car city. More than 80 percent of residents get around by automobile and residents drive some 7 billion miles every year. But that’s beginning to slowly change as the city looks toward a multimodal future where walking, biking, transit, and private automobiles are all welcome users of our streets.

With the Move Louisville plan still undergoing public comment and progress continuing on our urban bike network, Metro Louisville and the city’s Commission on Public Art (COPA) are looking to advance the discussion around transportation with the help of local and national artists.

“One of the key needs of a healthy, vibrant and functional community is ease of mobility,” the city wrote in its AmL brief. “Streets, sidewalks, transit, bike paths and trails all form a network that allow us to get where we need to go.”

With a hefty $100,000 budget, ART moves LOUISVILLE is looking for up to five artists or designers to create site-specific works, from installations to performances, that explore new ideas around transportation, mobility, and public space in Louisville. The city has listed the following goals for the AmL project:

ART moves LOUISVILLE builds off of last year’s public art exhibition, Connect|Disconnect: A Public Art Experience, at Tenth Street and the Ohio River. That showing explored the notion of trails as places for public art. AmL is the second in a three-year series of exhibitions as part of the Louisville Public Art Master Plan, developed by New York–based Creative Time in 2009.

“From the turn of the century to the 1960s, Russell was a well-established neighborhood known as ‘Louisville’s Harlem’,” the project brief states, noting that the neighborhood is home to “America’s first library open to African-Americans, the offices of The Louisville Defender publication, and Central High School (once Louisville’s African American High School).”

The project is “an opportunity for artists to work with community members as well as the Louisville Metro department of Safe and Healthy Neighborhoods initiatives including One Love Louisville, a comprehensive strategy to reduce overdose, suicide and homicide rates; and Zones of Hope, a strategy for transforming a culture of violence into a culture of hope.” The city will select up to three artists or teams to work on the project, with a budget of $20,000.

The city says projects should consider these goals:

If you are an artist you know would like to be considered, you’ve got to ask fast—the deadline for submitting a Request for Information (RFI) to the city is this Thursday, June 9. A panel of experts will select up to five artists and dole out budgets for the ART moves LOUISVILLE exhibition and up to three artists for the Fran Huettig Public Art Project.

For more information on both art opportunities and how to submit an RFI, visit the city’s website here.