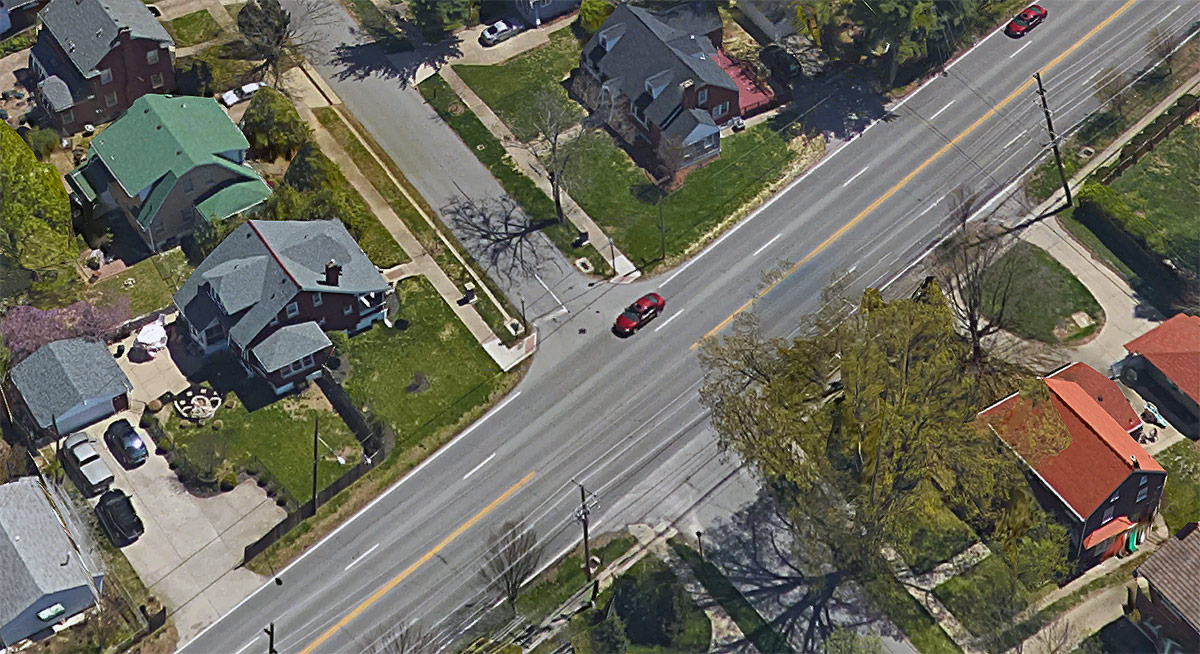 A man was struck and killed by a hit-and-run motorist Sunday night at Bardstown Road and Emerson Avenue. Police found the victim Sunday morning around 6:00a.m. and the motorist is still at large.

An investigation by the Louisville Metro Police Department (LMPD) revealed that Calvin E. Watkins, 51, was struck by a motorist travelling eastbound on Emerson Avenue, but police are unclear of when the collision took place. There were no witnesses.

Conflicting reports note that Watkins was either crossing Emerson when he was struck or else walking eastbound along Emerson in the street when the motorist struck him.

Emerson Avenue carries a posted speed limit of 25 miles per hour and this stretch of Bardstown Road is posted at 35 miles per hour. According to studies, a person struck at 25mph has a 90 percent survival rate while a person’s chance of survival when struck at 35 drops to around 50 percent.

The eastbound side of Bardstown Road has no sidewalks in this area, although the pleasant residential street Emerson Avenue does have sidewalks. Emerson is just three blocks from Assumption High School and not much farther from Atherton High School.

Police are asking for help finding the hit-and-run motorist. According to LMPD, the vehicle is likely light blue in color and could have a broken or shattered windshield. Anyone with information is asked to call the police tip line at 502-574-LMPD.

Watkins was identified as homeless and the Jefferson County Coroner is also asking for help locating Watkins’ next of kin. Anyone with information can call 502-574-0123.

The local media did a much better job of reporting this incident. WAVE3 had the best of the group as their update was the only to note that a person was driving the vehicle involved in the collision. WDRB’s update and the C-J’s report were the only two to label the collision an accident rather than a crash.