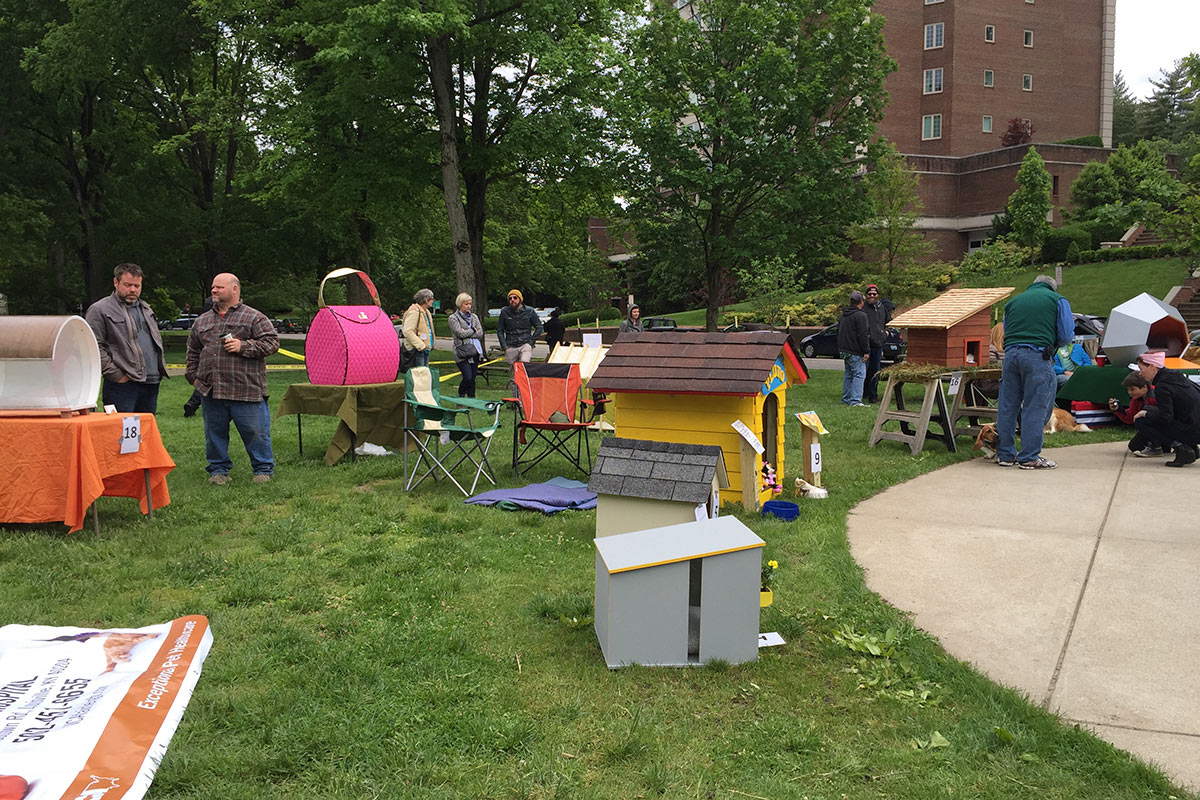 Over the weekend, designers, architects, and a cadre or pet-friendly people showed off a series of dog houses ranging from a futuristic space pod (or “pawed”) to a very pink purse. The first ever Barkitecture Louisville, organized by Louisville Metro Animal Services (LMAS), was held in a very chilly Willow Park in the Cherokee Triangle on Saturday, May 14. Over 20 unique dog houses were auctioned off to benefit homeless animals in Louisville.

“Barkitecture 2016 is an event designed to raise awareness of the plight of homeless animals in our community through the innovative design of living structures for dogs,” organizers wrote on its Facebook page. “This is the premiere event, but the goal is to host an annual event that will eventually expand to living and play structures for cats as well.”

Entries were submitted by professional designers and amateurs alike, including WORK Architecture + Design, Kentucky Wisewood, Birdsquare Carpentry, Assumption High School, the K-9 Unit from the Louisville Metro Police Department, and the Buechel Fire Department, among others.

Four special awards were designated during the event, including Mayor’s Choice, Director’s Choice, People’s Choice, and Best in Show. The pink handbag by Keith Stone took home Director’s Choice while Best in Show went to the metal house by WORK and Core Design’s FIDO, or Folded Individual Dog Occupancy. (Bark at us in the comments if you know who the other winners are and we’ll add them in.)

Jessica Montgomery, director of LMAS, had previously said in a press release that funds would help open a new animal shelter. She plans to make Barkitecture an annual event in the city. Better get started sketching your ideas for Barkitecture Louisville 2017!

[All images by Broken Sidewalk.]