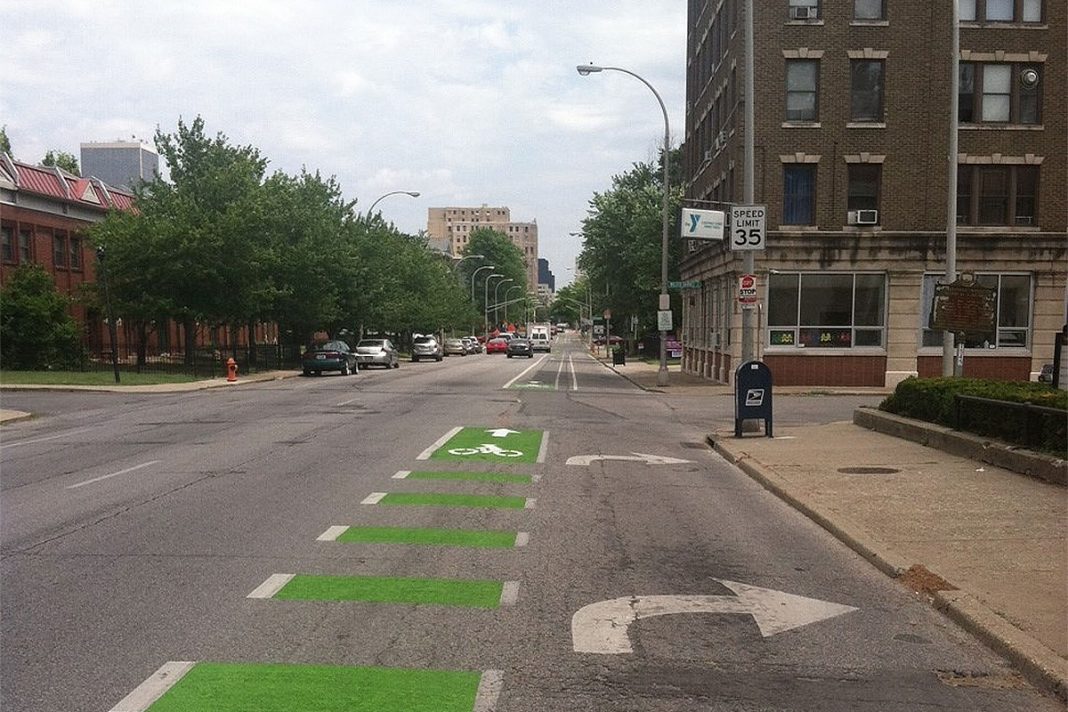 The more people bike on the streets, the safer the streets are for everyone who bikes. This phenomenon, originally identified by researcher Peter Jacobsen, is known as “safety in numbers.” And that’s exactly what American cities are seeing as they add bike infrastructure—more cyclists and safer cycling—according to a new report from the National Association of City Transportation Officials [PDF].

The report is part of NACTO’s research series on implementing equitable bike-share systems. NACTO makes the case that large-scale bike-share systems can improve access to jobs in low-income communities by extending the reach of bus and rail lines, and—citing the safety-in-numbers evidence—that good bike lanes have to be part of the solution. Otherwise dangerous street conditions will continue to discourage people from biking.

NACTO tracked changes in bike commuting, bike lane miles, and cyclist fatalities and severe injuries in seven U.S. cities that have added protected bike lanes and bike-share systems over the past decade or so. In all seven cities, cycling has grown along with the bike network, while the risk of severe injury or death while cycling has declined.

In five of the cities—Chicago, Minneapolis, New York, Philadelphia, and Portland—the absolute number of cycling deaths and severe injuries fell between 2007 and 2014, even as cycling rose substantially. In the two other cities—San Francisco and Washington, D.C.—deaths and serious injuries increased somewhat, but not as much as the increase in bicycle commuting.

Surveys show that concerns about safety are a major deterrent to biking across race and gender lines, but creating safe street conditions for cycling is especially urgent for people of color, NACTO notes. The fatality rate for black cyclists is 30 percent higher than for white cyclists, and the fatality rate for Latino cyclists is 23 percent higher, according to a 2014 study by the League of American Bicyclists [PDF].

More cities can prevent cyclist fatalities and bring about the “virtuous cycle” of safety in numbers, NACTO says, by designing streets that appeal to the 60 percent of people who are “interested” in cycling but “concerned” about safety. The type of infrastructure that appeals most to people who hesitate to bike? Protected bike lanes. Among the “interested but concerned,” 81 percent say bike lanes that offer some physical protection from car traffic would make them feel comfortable biking, according to researcher Jennifer Dill [PDF].

[This article has been cross-posted from our partner, Streetsblog. Top image of a bike lane on Chestnut Street by Bike Louisville.]