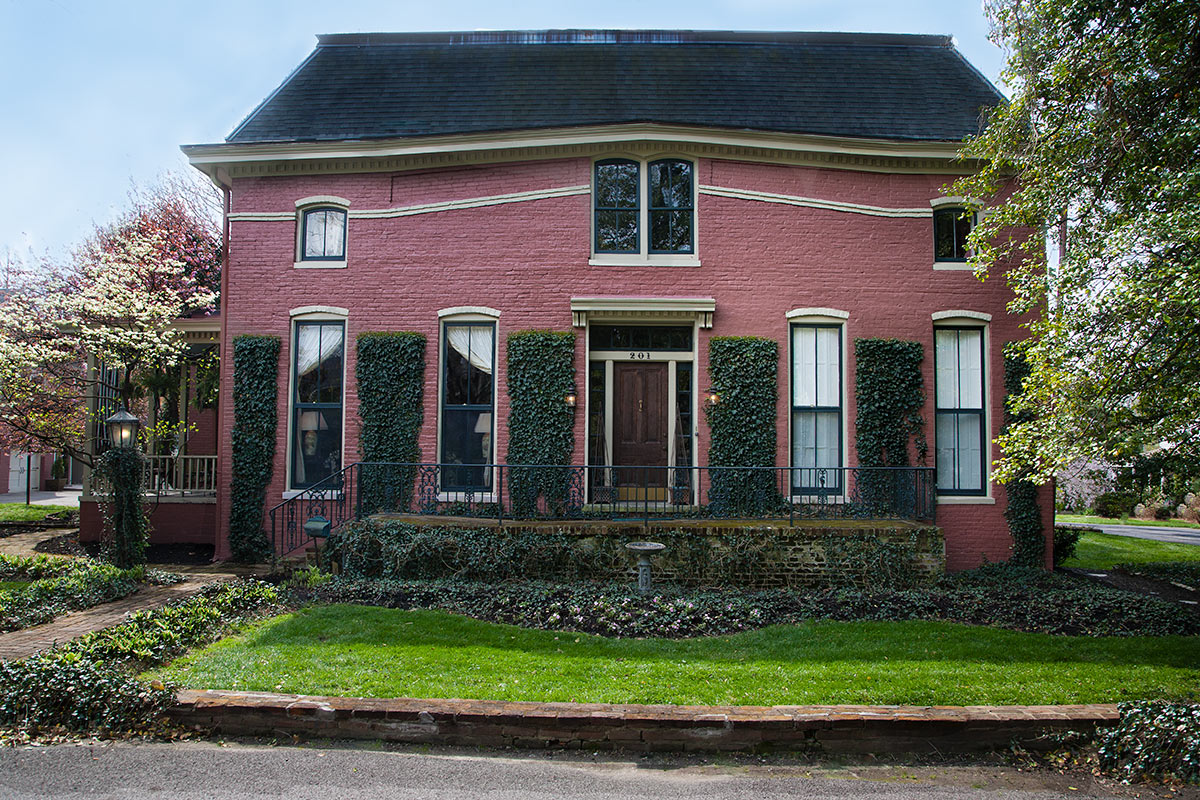 Leading up to the Home Tour, we’ll be highlighting each of the architects and their houses in exclusive interviews. Architect Charles Cash collaborated with architect Mary Herd Jackson to restore the antebellum Hendon House, 201 Crescent Court (map) in Crescent Hill. The 5,350-square-foot home features 10 fireplaces and a doorbell that operates off a system of pulleys.

Broken Sidewalk: Why should I come tour the Hendon House?
Charles Cash: The house is laden with both history and change. It is literally a phoenix which rose from the ashes of the 1974 tornado. My clients, Barbara Montgomery and Jim Adams, bought the house in 1991, correcting the unfortunate repair work done after the tornado. They have worked with loving care to bring the house to its current state.

What were the owner’s priorities for the project?
Mary Herd Jackson: As with other aspects of this decades-long renovation, the goals for the kitchen were to have it feel at home in the house. Though not a wood-burning 1840s kitchen, it needed to relate to the tall ceilings and wood floors throughout the house.The hope is that its installation date (2009) is not obvious, but that the custom maple cabinets and counters of marble and black granite are not time-specific.

One cabinet was designed to look more like furniture than built-in. We worked with existing window and door locations. Some appliances, namely the microwave and wine cooler, are tucked away inconspicuously.

To meet modern lifestyle requirements, the island offers a buffer between the social side of the kitchen and the functional work space. Guests can move from the dining room to the gracious side porch without bumping into the cook!

What concepts or specific elements inspired part of the design?
Charles Cash: Listening to the house tell us what it wanted to be…

What is the heart of this home?
The central stair hall(s), which organize all the spaces.

What was the strategy for outdoor space or landscape?
The owners have capitalized on the outdoor space they had, which is limited in size and orientation.

Can you explain the historic aspects of the house?
There is lot of history associated with this building, but for me as an architect and not historian, the continuity of change over long periods of time by caring owners is the most amazing aspect. For instance, there is evidence in the basement that fireplaces and chimney’s once separated the front and back parlors, and that these massive structural elements were removed at some early point to create the current center hall / four room floor plan of the front section of the house. This building has experienced very significant alteration from owners who were truly invested in the place (very different from many today who move every five years)!

What is the physical context of this house?
It sits at the back of Crescent Court and was once the estate house on a much larger property, which was subdivided and sold off to provide lots for homes developed in the late 19th and early 20th century.

Which design elements are true to the house’s past? Which are breaks from the past?
The roof structure is not historic, but gave the second floor volume, spaciousness, and most importantly, structural stability.

What is your favorite moment in the house?
The restoration of the central stair.

What is one of the owner’s contributions to the design?
Patience… Seriously —Their appreciation of the history, the character, and the quality of the light-filled spaces have kept them going with this project for three decades!