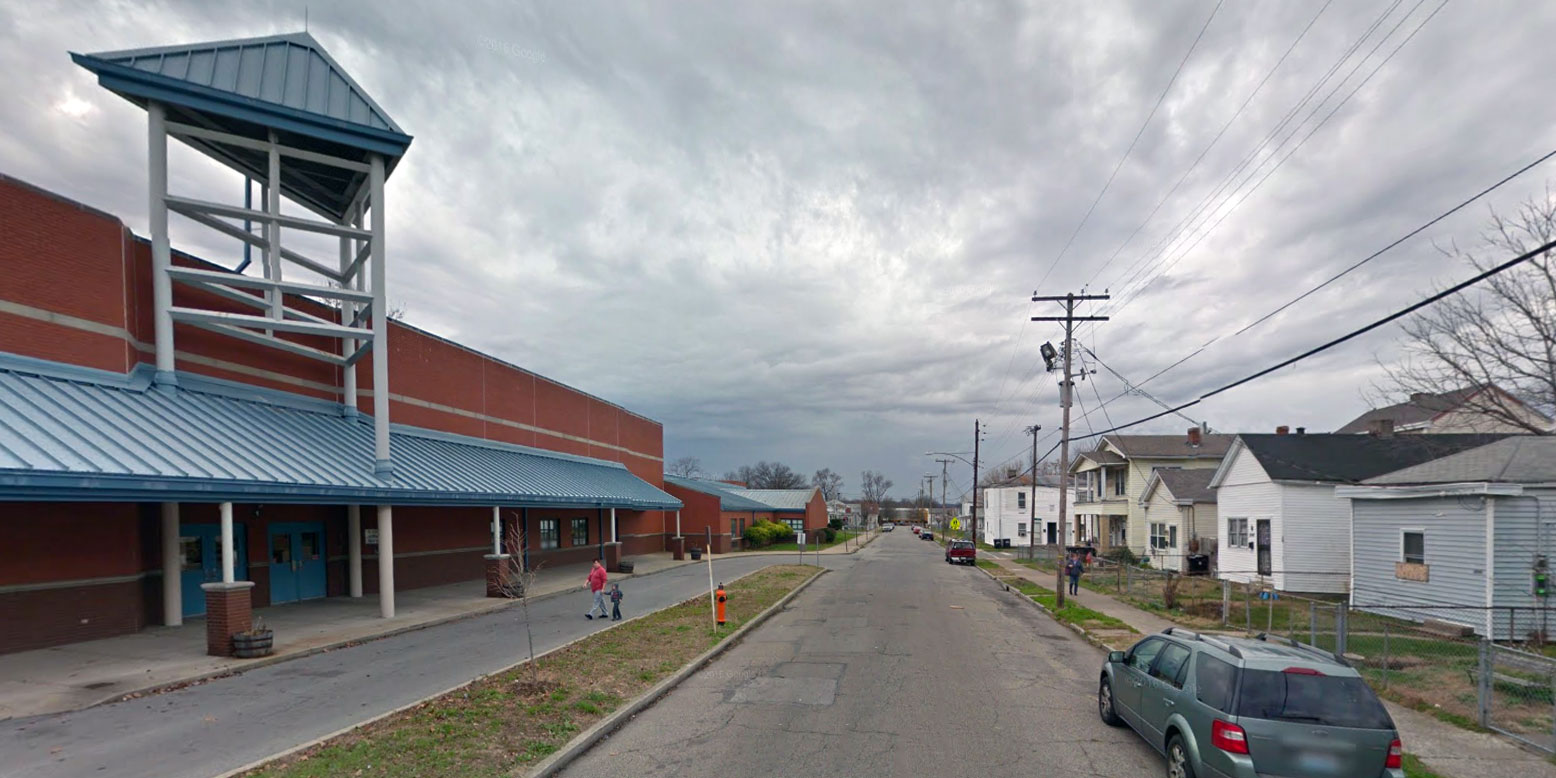 A child riding a bike in front of Atkinson Elementary School in the Portland neighborhood was struck by a motorist driving a pickup truck who then fled the scene. The collision took place Friday, March 11, at 6:15p.m. near the intersection of Alford Avenue and 29th Street.

The incident was reported by WDRB, WLKY, and WAVE3. WLKY and WAVE3 called the collision an accident, but otherwise WAVE3’s report was best in show.

Witnesses said the boy was riding his bike on the sidewalk when the motorist struck him.”I see this white pickup truck come out of the alley,” Dymon Sullivan told WAVE3. “He cut his wheel real hard trying to make the turn and just hit the little boy and kept going.” WAVE3 reported that the child’s grandmother and several other children were playing outside at the time.

The unidentified child was taken to Kosair Children’s Hospital with what police described as non-life-threatening injuries, described as “big abrasions,” bruises, and scratches causing a lot of bleeding.

Both Alford Avenue and 29th Street carry speed limits of 25 miles per hour. The streets are narrow, with 29th dog-legging at this location and Alford terminating into a rail yard. Passing in front of an elementary school and traversing a residential neighborhood, these streets should be some of the safest in the city. But they’re clearly not.

Also last week, another child was struck while standing on the sidewalk not far south of here at the intersection of 26th and Oak streets.

Anyone with information about the hit-and-run motorist is asked to call the Louisville Metro Police Department’s (LMPD) anonymous tip line at 502-574-LMPD.