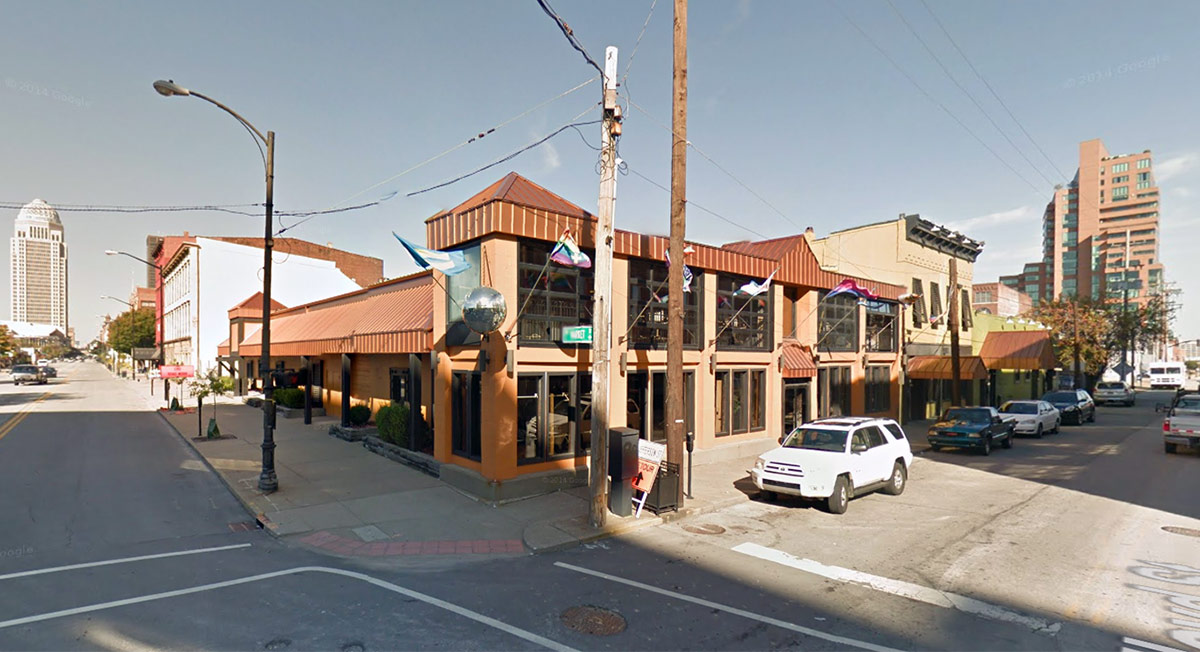 We’ve known for a while that the Connection nightclub in Downtown Louisville was moving down Floyd Street to a new venue at owners George Stinson and Ed Lewis’s Vu Guest House complex in Smoketown.

In December, we raised the concern that due to that move, there may be an impending preservation battle on the site of the former Connection nightclub at Floyd Street and Market Street. Bryan Grumley reported for Broken Sidewalk then that the structures dating to 1925 or earlier were at risk.

“The fate of these two historic buildings, and the urban streetscape they create, is unclear,” Grumley wrote. “The site appears to have been sold to an out-of-town investor… Once again, preservation and planning advocates find themselves forced to play another game of catch-up.”

Now the Courier-Journal‘s Sheldon Shafer is out with the scoop that the Connection site will be redeveloped as a Cambria Hotel, part of Maryland-based Choice Hotels, after Stinson and Lewis’s company, SLS Management, told the land.

The new hotel is planned at eight to ten stories in height on the former Connection site.

“The Connection nightclub will be razed in the heart of downtown Louisville,” Shafer wrote, leaving open the question of what will become of two historic structures on the Connection property.

Local architects Tucker Booker Donhoff + Partners and engineers at BTM are working on the project, Shafer reported, but no design or site plan details have been released and the project has not yet been submitted to the city. The hotel is being built by Maryland-based Choice Hotels.

There appears to be a strict confidentiality agreement, according to Shafer’s report, with architects and Stinson declining to comment to Schafer referencing such a clause.

We’ll be watching for more information on the hotel’s design and site plan as it becomes available.

According to Shafer, the Vu Guest House will open by mid April with the event center, theater, and nightclub opening by mid July. Two new restaurants are also planned on the Smoketown campus, Shafer reports. A casual concept is to be called Spoonful and a more upscale Italian venue will be called Table 817.