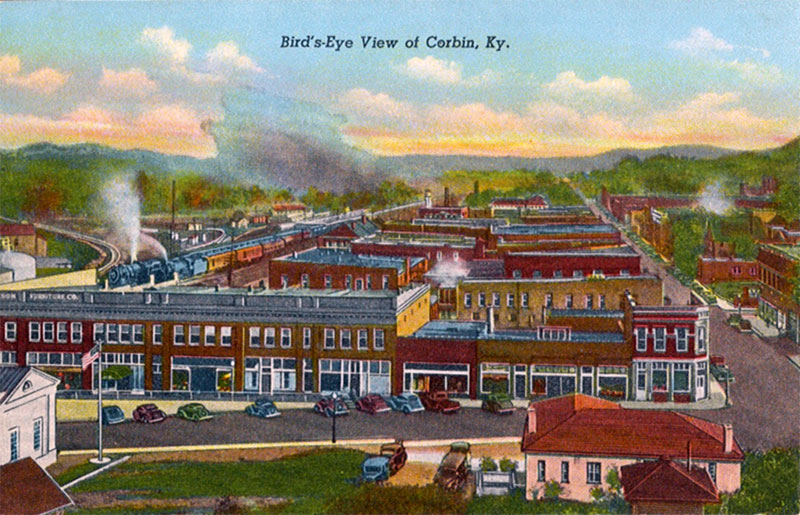 A town of 7,300 in southeastern Kentucky has revitalized its downtown through a local-food renaissance. Corbin‘s main street, once filled with vacant buildings and few businesses, is now thriving, adding 20 new businesses since 2012 while reducing a 40 percent vacancy rate to nearly zero, writes Patty Cantrell, of the Missouri-based consulting firm Regional Food Solutions, for Good Food On Every Table.

“Corbin is among a growing number of towns discovering and capitalizing on the power of local food to provide that new economy stimulus,” Cantrell writes. Mayor Willard McBurney told her, “Bringing people back downtown to live, work, and play is key. To do that you need places to eat, places to shop.”

Communities are getting help from federal agencies, such as Local Foods, Local Places, which provides grants “to boost economic opportunities for local farmers and businesses, improve access to healthy local food, and promote childhood wellness,” says the Environmental Protection Agency, one of the sponsors of the program.

Big changes began in Corbin “when Main Street manager Andy Salmons partnered with the successful Whitley County Farmers Market,” Cantrell writes. “Two years ago, they brought vendors and live music to downtown’s Vibroc Park on Tuesday evenings through the growing season. The event does two important things. It gets people used to coming downtown. It also serves as a business incubator and networking service for vendors.”

Kristin Smith, who returned to Corbin a few years ago to co-open a local brewery and work on her family farm, told Cantrell, “We have a massive void here in places to eat outside of chain restaurants. When someone you’ve known your whole life opens up a new restaurant, you’re rooting for them; you make a commitment to go there, to support them and their local suppliers. A large majority of our community is rooting for us, and a large majority doesn’t even drink.”

Now that properties are occupied and downtown activity is strong, “the city of Corbin is expanding it work to attract residents to Main Street and surrounding neighborhoods,” Cantrell writes. “The resources Corbin needs to do it are also growing with its success. [Andy] Salmons started his part-time Main Street manager job four years ago with an annual budget of $15,000. Today it’s up to $280,000 from the city’s general fund.” He told Cantrell, “We formulated a strong sense of what we were going for. We wanted to restore that sense that it’s a viable thing to live, work, and play downtown.”