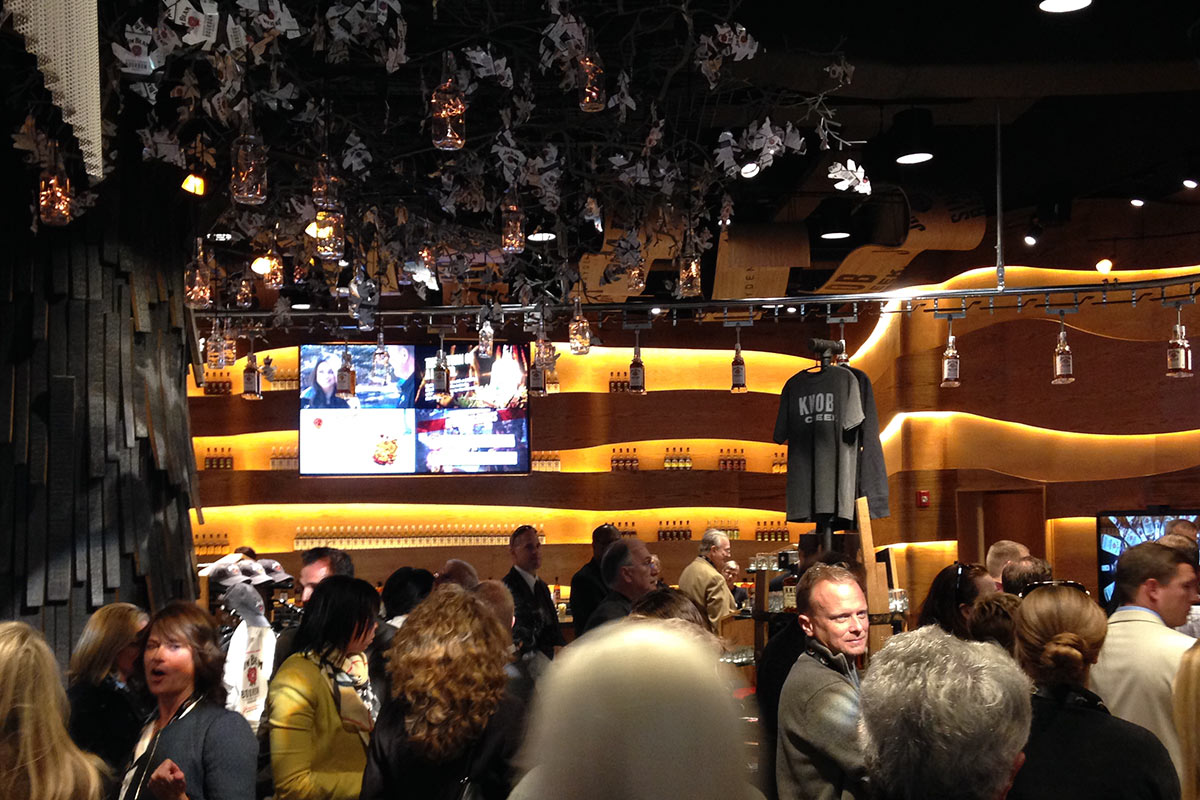 On Monday evening, the Louisville Downtown Partnership issued eleven Cornerstone Awards to recently completed projects in and around Downtown Louisville. The annual celebration fetes projects of over $1 million completed within the past year. This year’s event was held as Passalino’s on Market Street.

Additionally, two S. Russell Smith, Jr. Awards of Excellence were given to Phil Scherer of Commercial Kentucky and Cathy Duncan, director of Facilities Management & Fleet Operations for Metro Louisville. Scherer, who both lives and works Downtown, has been a force in its redevelopment for 40 years, the LDP said at the event. Likewise, the LDP said Duncan has been involved with nearly every Downtown project for two decades, both in her Facilities role the past two years and as director of PARC, the city’s parking authority.

Combined, the 11 projects comprising the Cornerstone Awards total some $213 million in Downtown investment. Rebecca Matheny, director of the LDP, said at the event that the number of awards in coming years is expected to grow significantly, as many projects announced or under construction continue to progress. Take a look at all of this year’s projects below.

According to LDP: Renovation and improvements due to a major roof leak. The project includes improved shelter space and rooms with suites for large families, increased space for men, new meeting space, a large computer lab for clients, group rooms, and expanded number of gender neutral bathrooms.

According to LDP: Rebuild of approximately 1/3 of the extreme park due to the relocation for I-65 Bridges Project.

According to LDP: Adaptive reuse of a 1-story, 6,700 square-foot former retail building for instructional space for the Fine Arts Program, a black box theater, and classrooms.

According to LDP: Phase I of renovations to the 9-story, 267-bed facility includes upgrades to the neonatal intensive care unit, infrastructure improvements, and the addition of a new extra-large capacity trauma elevator.

According to LDP: A 3-story, 36,500 square-foot addition with 51 apartments and lower level parking.

According to LDP: The project includes a bottling line, a tasting experience, and a retail store.