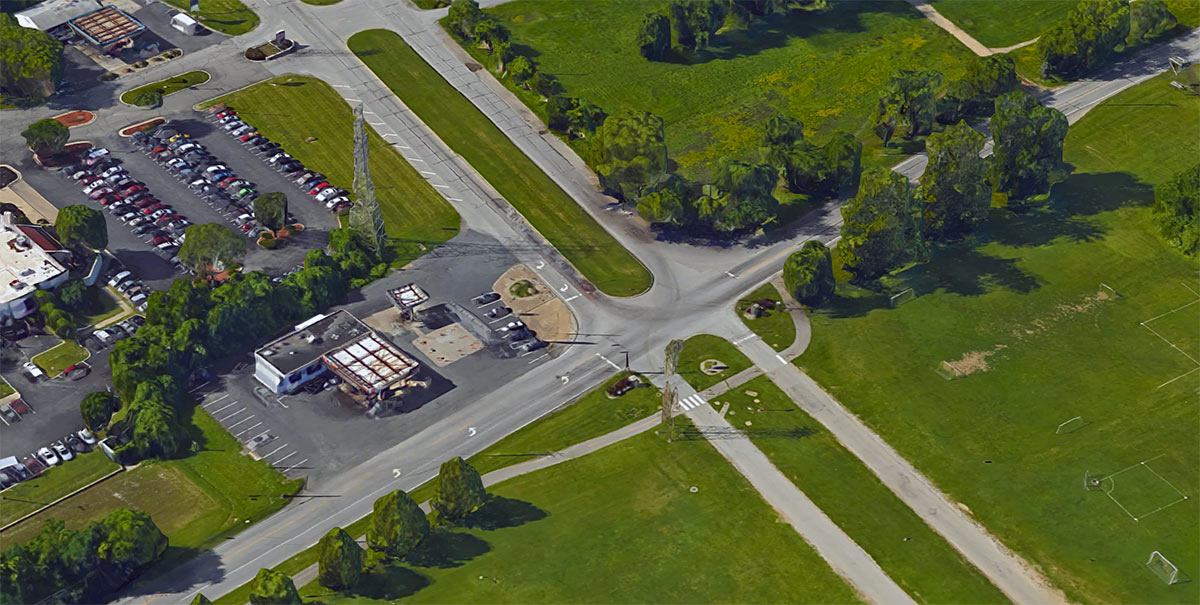 The incident was reported by WAVE3, was tweeted by WHAS11 and a WDRB reporter, and WLKY managed to write two sentences.

The intersection of Zorn and River Road is a pedestrian and cyclist nightmare despite its proximity to some of Louisville’s best recreation amenities. Both Zorn Avenue and River Road carry posted speed limits of 35 miles per hour, but anyone who drives these streets knows that the prevailing speeds are higher than that—made worse by the interchange with Interstate 71 a block away. And the two-lane River Road, which should be one of the best biking corridors in the city, can be downright dangerous from motorists speeding or unsure how to properly pass a cyclist.

A pedestrian path begins here at the Water Tower and heads east, but otherwise there are no sidewalks in the area.

Fortunately, River Road is the subject of a redesign that will bring the Louisville Loop through the area at some point, improving the situation significantly. But right now, River Road and Zorn Avenue are both Dangerous by Design.