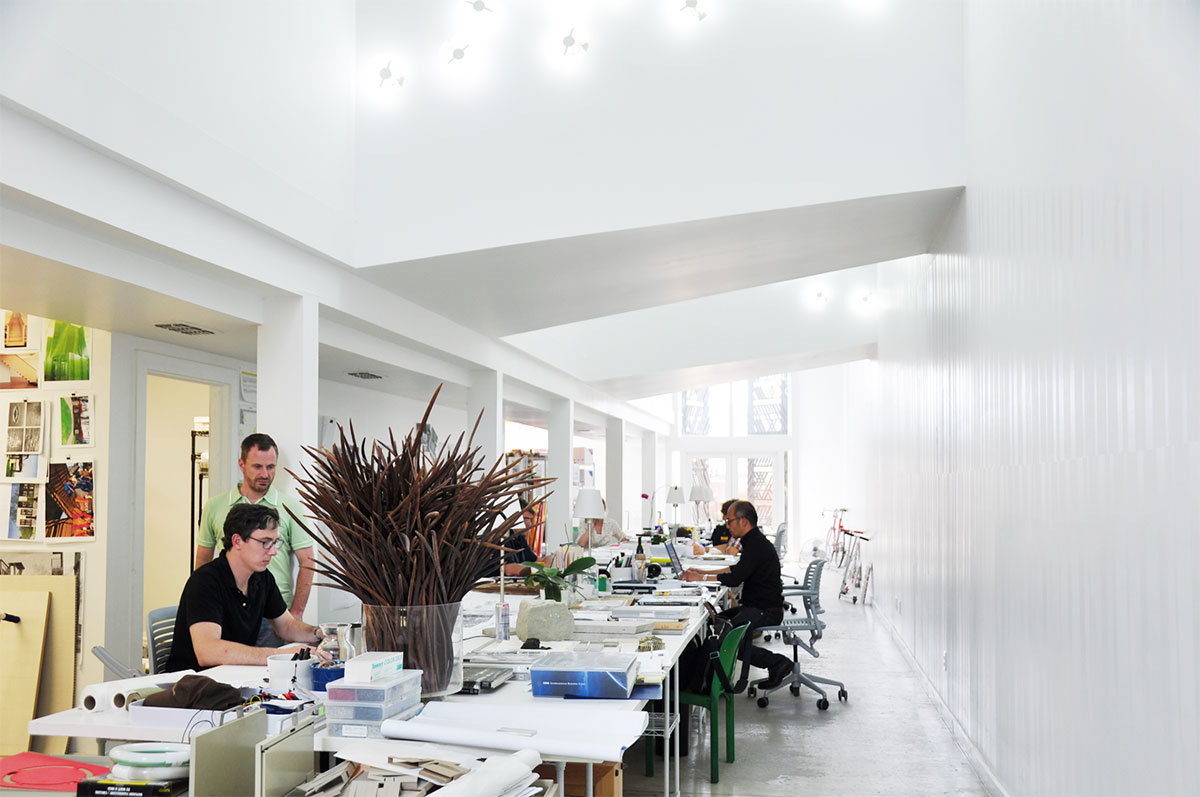 For architects, there are a number of awards and honors you might accrue over a lifetime, but one of the most sought after is being selected for the American Institute of Architect’s (AIA) College of Fellows. This Fellowship “not only recognizes the achievements of architects as individuals, but also their significant contribution to architecture and society on a national level,” the AIA writes of the honor.

This year, the AIA elevated 149 of its 88,000 members across the country to the College of Fellows, and one architect from Louisville made the cut. Roberto de Leon, principal at De Leon & Primmer Architecture Workshop in Nulu, will be officially honored at this year’s AIA National convention in Philadelphia.

“I’m truly humbled by the fact that our work in the Ohio Valley region has had a significant impact nationally & abroad in terms of expanding the discussion on what ‘architecture’(with a little ‘a’) can be,” De Leon told Broken Sidewalk in an email. He continued:

It has been immensely satisfying to tackle project challenges through an approach that combines both innovation and economy—it’s an argument that they’re not mutually exclusive. Within that framework, there’s an underlying optimism that architecture really can empower and be a catalyst for positive change—as exemplified in our project for Guthrie, Kentucky, which was the result of a grass-roots community effort to revitalize their historic downtown.

No Louisville architect has achieved this distinction since at least before 2012, when the AIA began keeping archives of the award on its website.

“My elevation to Fellowship in the AIA has been an especially meaningful honor for me because it’s an accolade that comes from my professional peers,” De Leon continued. “The recognition of Fellowship also comes with the responsibility to mentor, encourage and support emerging talent. It’s always been important to me that our studio and our working process inspires young architects, which is why I continue to stay active in academia in addition to professional practice.”

De Leon & Primmer has achieved significant success already. The firm was selected as an Emerging Voice of the Architectural League of New York in 2011, was included in the Walton Family Foundation’s Design Excellence list, and has garnered numerous local, state, and national awards, including a National Honor Award for its Wild Turkey Visitors Center and, most recently, two awards from the AIA’s Kentucky chapter.

“As our work continues to broaden in terms of project types, scales and different geographical regions,” De Leon added, “I’m excited to explore how our design methodology adapts and responds to new contexts & conditions.”

The firm is currently working on an addition to the Filson Historical Society in Old Louisville.