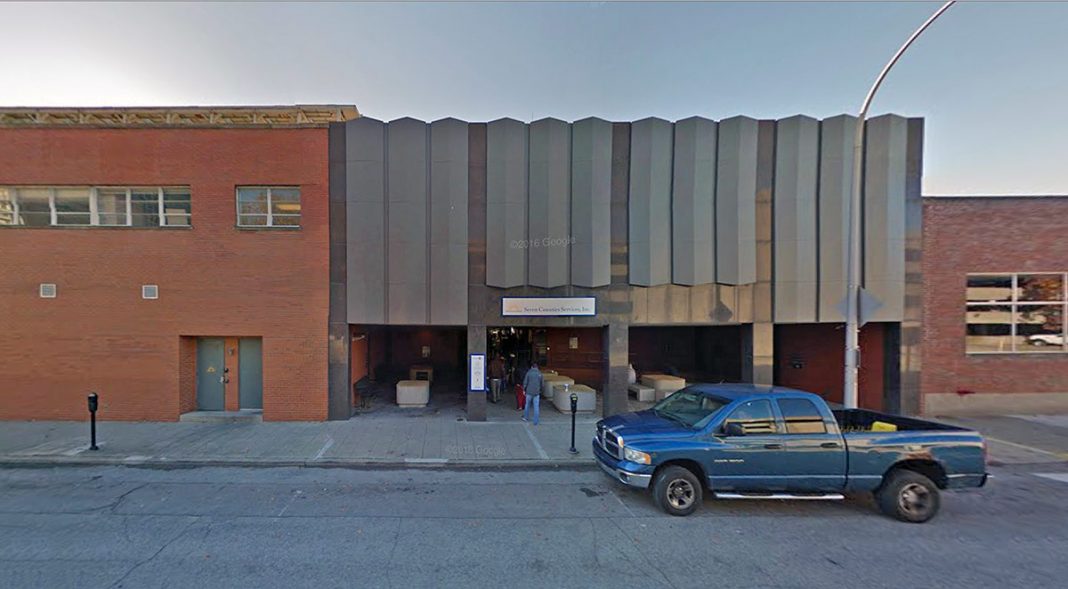 Baymark Healthcare has proposed renovating 10,000 square feet of a two-story structure at 708 Magazine Street in Downtown Louisville into a methadone clinic. Barmark’s Dominic Spano and building owner Brian Chase have filed plans (16CUP1033) with Metro Louisville Planning & Design Services for a Conditional Use Permit to operate at the site.

A methadone clinic treats those who abuse heroin and opioids. According to Metro Louisville, “Methadone is a synthetic opiate and when taken orally, it blocks the effects of heroin, morphine and other opiates such as OxyContin. Methadone also prevents the withdrawal symptoms that occur when opiate use is discontinued. A properly prescribed methadone dosage does not sedate or give a ‘high’ to an individual stabilized on this medical treatment.” It’s a federally controlled substance.

Heroin addiction has been a persistent problem in Louisville. Following a dispute last year over a methadone clinic proposed in the Bon Air neighborhood, Metro Council asked the Planning Commission to make a recommendation about where methadone clinics are best located. On March 17 this year, the Planning Commission deferred discussing the topic (16AMEND1000), pushing it to their next meeting on April 21. The item was removed from the agenda before that meeting and remains listed as open on the city’s website.

According to Jeff Noble in Councilman Brent Ackerson’s office (Ackerson was one of the sponsors of the Methadone ordinance), that’s because the commission brought in experts and the Jefferson County Attorney’s Office to help craft the changes. A request for comment from Councilman Ackerson was not returned by this publishing.

“The Planning Commission has been reviewing a number of significant issues in recent months, including the placement of treatment centers in our community,” Josh Abner, communications director at the Jefferson County Attorney’s Office wrote Broken Sidewalk in an email. “The County Attorney’s office is advising the Planning Commission and our intention is that a report to Metro Council, along with any requisite public review period, would be complete within the next six weeks.”

Louisville has two methadone clinics, according to a WDRB report from last November: a city-run facility in the Park Hill neighborhood and a private facility in St. Matthews.

Few details on the Seventh Street and Magazine Street plan were included with the application, other than a note that no changes are planned for the exterior of the building. The structure at 708 Magazine covers over 111,000 square feet over two floors. Several other health-related businesses operate at the address.

A neighborhood meeting to discuss the project has been scheduled for 6:00p.m. on Monday, August 15 at the Louisville Western Branch Library, 604 South 10th Street.

“We would like to show and explain to neighbors this plan so that we might hear what thoughts, issues, and perhaps even concerns you may have,” Nicholas R. Pregliasco, an attorney with Bardenwerper Talbott & Roberts, wrote to neighbors. If you cannot attend the meeting, you can get more information from Pregliasco by calling 502-426-6688 or Kevin Young, a representative from Land Design & Development, by calling 502-426-9374.