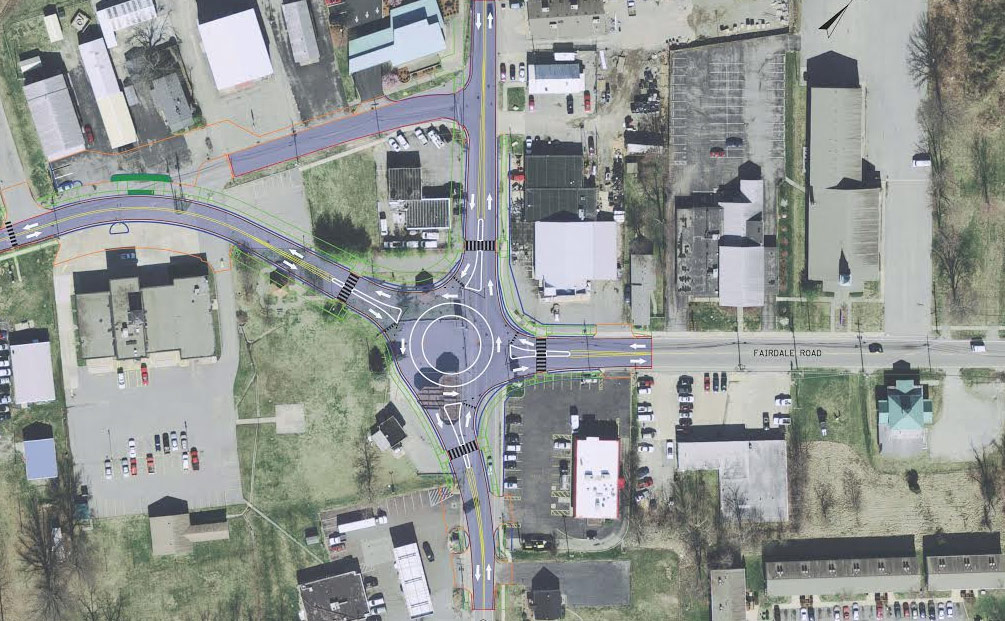 “A modern roundabout is one-way circular intersection designed to maximize safety and minimize traffic delay,” Matt Bullock, Kentucky Transportation Cabinet (KYTC) District 5 chief engineer, said in a statement. “The potential for crashes is reduced by eliminating several of the conflict points between traffic. Roundabouts improve traffic flow by allowing motorists to yield rather than stop.”

The $2.9 million contract for the roundabout was awarded by the KYTC last December to Flynn Brothers Contracting. Additionally, above-ground utilities within the roundabout site will be buried as part of the project. The overall budget for the project was $5 million.

“When it’s finished, we will have a smoother traffic flow, more economic development opportunities and Fairdale will become the ‘Gateway to the Jefferson Memorial Forest!’,” Vicki Aubrey Welch, District 13 councilwoman, said in a statement.

The Fairdale roundabout is expected to open in August 2017.

“It is important that motorists be patient and be aware that there will be changes in traffic patterns as the construction moves through its various phases,” Welch said in a statement.

While this might seem like a minor distinction, it’s part of an underlying part of our culture that puts cars ahead of people. At a minimum, it’s easy to imagine that pedestrians, cyclists, and transit users—in addition to motorists—might want to be advised that construction is beginning.

An easy first step to creating streets that are designed and safe for all people is to begin talking about them in terms of all people.

To Councilwoman Welch’s credit, she has repeatedly framed the Fairdale roundabout as a community improvement that will help bring the neighborhood together and connect with the nearby Jefferson Memorial Forest. We appreciate language like that.

For more on the Fairdale Roundabout Project, read our earlier report here.