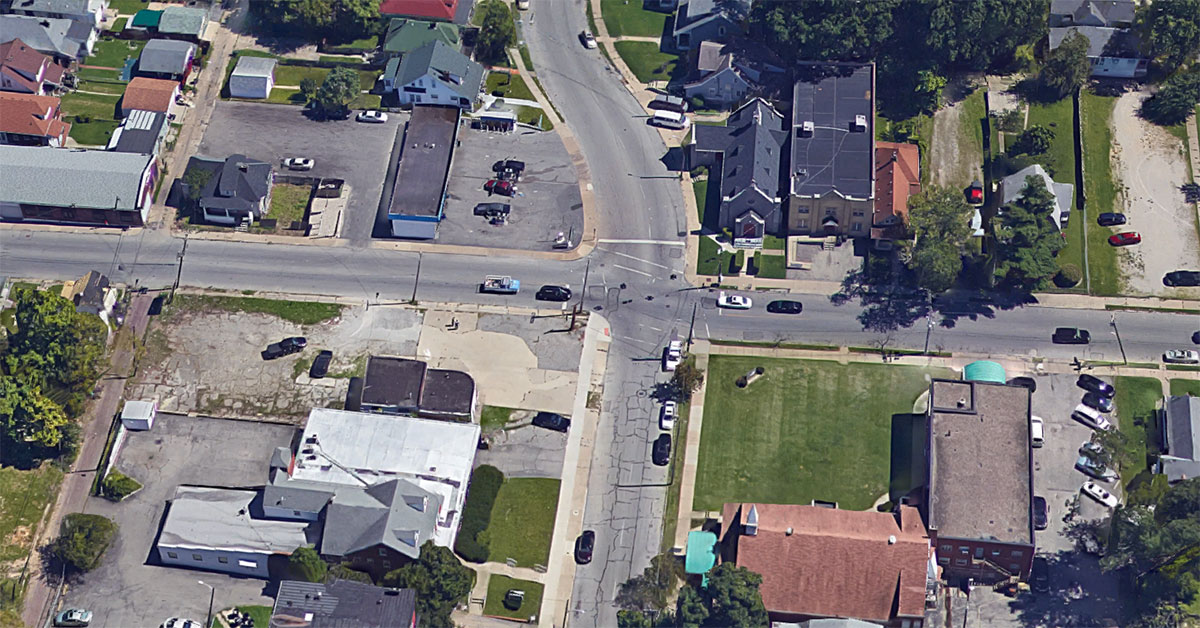 A girl standing on the sidewalk was struck by an out-of-control motorist when two drivers collided at 26th Street and Oak Street (where it turns into Virginia Avenue) in the Park Hill neighborhood. One driver fled the scene and the other was arrested.

The incident, which took place Wednesday, March 9 at 3:00p.m., was reported by WAVE3.

“Witnesses told Louisville Metro police the driver of a Chevy Trailblazer was traveling westbound on Oak Street and was hit by a vehicle traveling northbound on 26th Street,” WAVE3’s Joey Brown reported. “The impact of the crash caused the Trailblazer to go on the sidewalk and hit a juvenile girl who was standing at the corner of 26th Street and Virginia Avenue.”

The intersection is signalized, suggesting one of the motorists may have run a red light, and both 26th Street and Oak Street / Virginia Avenue carry 35 mile per hour speed limits, despite the fact that they both traverse predominantly residential neighborhoods. The crash site is a block north of Johnson Traditional Middle School.

The motorist operating the Trailblazer, 23-year-old Keylandance Carpenter, had outstanding warrants, Brown reported, and was charged with driving on a suspended license and giving a false name. The child was taken to Kosair Children’s Hospital with non-life-threatening injuries.

The Louisville Metro Police Department (LMPD) is asking anyone with information about the hit-and-run motorist to call its anonymous tip line at 502-574-LMPD.

Louisville is currently in the midst of a three-year pedestrian safety campaign called Look Alive Louisville. The federally funded program is in response to the city’s above average pedestrian fatality and collision rate.