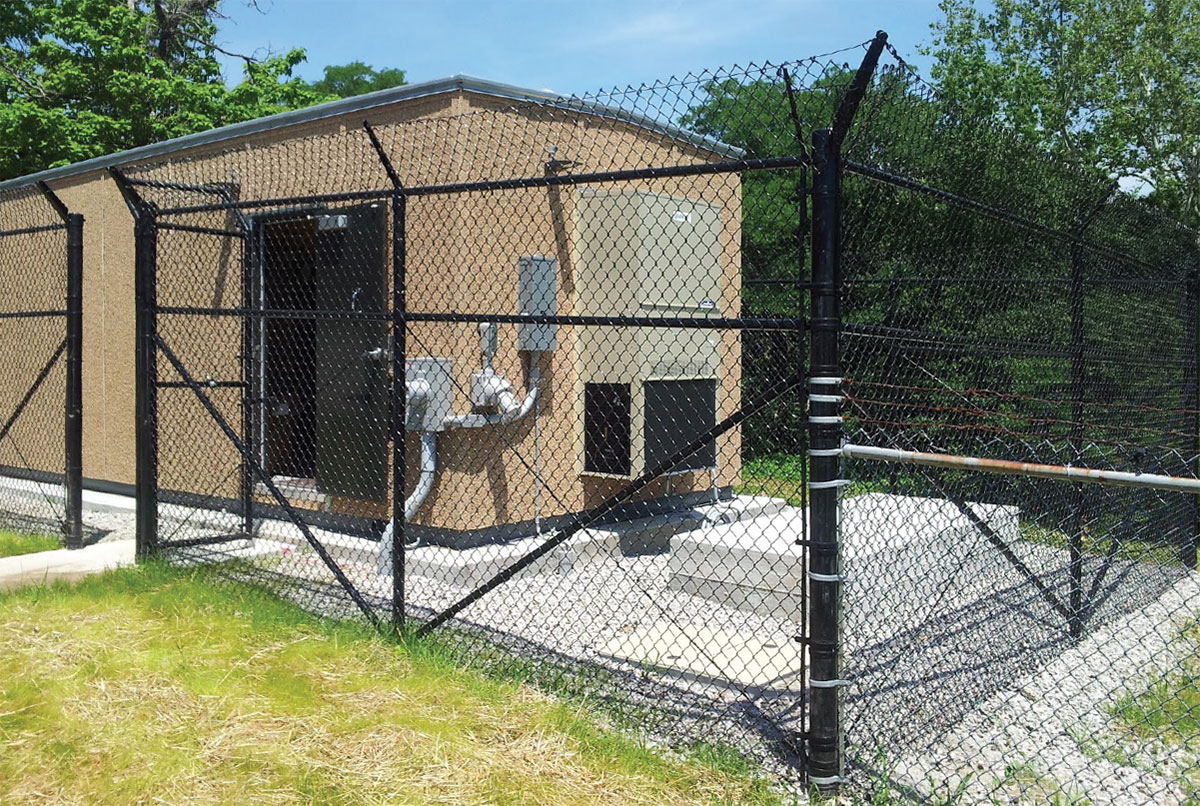 Louisville’s Google Fiber revolution looks like it might begin in the Meriwether neighborhood. That’s where Metro Louisville is carving off a small, 50-foot-by-38-foot parcel of land it owns at the intersection of Meriwether Avenue and Hancock Street for one of eleven planned Google Fiber Huts.

No, these huts aren’t some Tiki-inspired super-fast Wifi hangouts, they like fiber optic substations that convert Google Fiber’s enormous capacity to something that can be used by consumers. As such, they need to form a network throughout the city.

Development plans for the first eleven huts were filed in April of this year. According to Google Fiber, these huts are built on city owned properties and typically leased to the tech company for use in the Fiber network. Besides this location at 535 Meriwether Avenue, Google Fiber Huts are planned at 3250 Seventh Street Road, 8346 Dixie Highway, 8703 Ferndale Road, 13401 Reamers Road, 1000 Amphitheater Road, 3029 West Muhammad Ali Boulevard, 2900 Hikes Lane, 4610 Holzheimer Lane, 3000 Frankfort Avenue, and 7709 Preston Highway.

Now, the Metro Louisville has begun carving out parcels on which the Fiber Huts can be built, including a parcel on Meriwether Avenue submitted on July 18.

“Building a fiber network is a big job, so advance planning goes a long way toward helping us minimize disruption for residents and build in an efficient manner,” Google Fiber wrote in a checklist it prepared for cities. An “important part of network design is determining where to place Google Fiber network huts. These network huts house Fiber’s electronic equipment and serve as key distribution points between the backbone of our network and customers’ homes.”

“City owned sites generally make sense as hut locations because they are zoned appropriately and dispersed throughout the city,” the document continues.

Each Google Fiber Hut is a prefabricated unit trucked in and installed on a concrete slab. The huts measure around 12 feet by 29.5 feet and stand 9 feet tall. Huts are designed with an aggregate “washed stone” finish.

Each hut site typically measures 32 feet by 50 feet and is surrounded by a 10-foot-tall chain link fence. An on-site power generator is also included, but only run when there’s an outage. Huts also contain HVAC units that Google Fiber compared to the sound of a “mid-size pickup truck idling.” Huts can serve up to 40,000 households each.

If you’re still unsure how fiber optic internet works, take a look at this video for some background info on the technology:

While we’re looking at the Meriwether neighborhood, it’s worth noting that the site of the Google Fiber Hut, on the brownfield site of former fertilizer manufacturer Exmet, was recently studied by the University of Louisville’s Center for Environmental Policy and Management (CEPM), Metro Louisville, and consultants Lord Aeck Sargent.

In a report titled “Louisville Central Rail Corridor Area-Wide Brownfield Plan,” researchers identified the larger 3.2-acre site among five “Catalyst Sites” throughout the corridor. The report proposed creating an “Eco-Industrial District” in the neighborhood. According to the report:

The western portion of the site was used for fertilizer manufacturing since early in the Corridor’s development when Federal Chemical built a plant to produce a variety of products under the “Daybreak” name. The site was divided roughly in half by the extended right-of-way of Hancock Street, but as there was no corresponding street north of the Short Line, the public land was absorbed into the plant property… After an EPA-funded assessment found hazardous materials including heavy metals and acids, the Kentucky Department of Environmental Protection cleared the site and performed limited site remediation. The property was transferred to the current owner and is currently being used for general storage of LMG’s municipal waste collection equipment, including trucks and dumpsters. The site factors into LMG’s long-range plans to develop additional waste minimization and recycling capacity at its adjacent waste transfer station.

You can read the full report here.