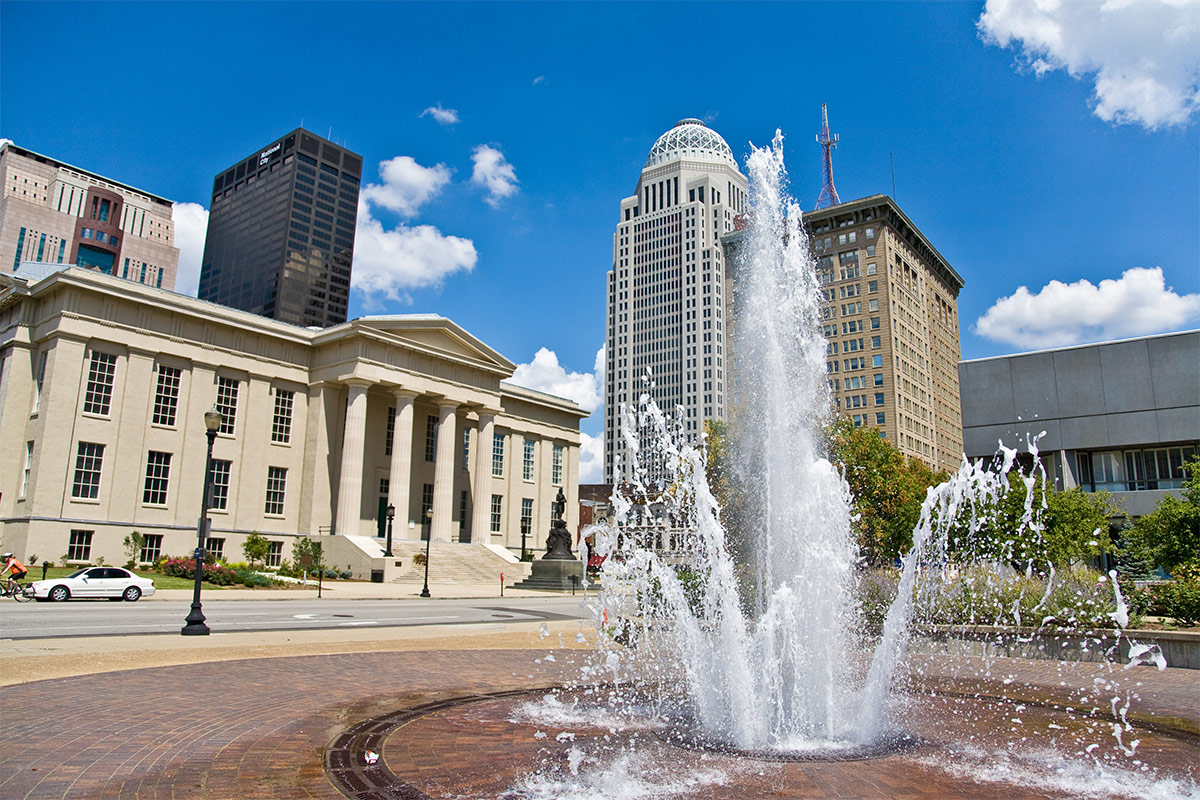 In late January, we profiled a report by Boston University and the U.S. Conference of Mayors that shows Louisville is often named by mayors of other cities as a source of policy inspiration. Louisville was cited as a source of inspiration at the same rate of high-profile cities like Seattle, San Francisco, and Portland, Ore. To get a better understanding of what other cities like about Louisville, we asked Mayor Greg Fischer what his administration is hearing from other mayors around the country. What is Louisville doing so well that others are taking notice?

Mayor Fischer got back to us over email to share his thoughts on what makes Louisville a great city. And what other cities his administration looks to for ideas.

Broken Sidewalk: A new report from Boston University and the U.S. Conference of Mayors says that a lot of other cities are looking at Louisville for inspiration. Have you heard from other mayors that they like what they see in Louisville? What are they telling you they like about the city?

Most of the principles behind our innovation work derive from my private sector experience. For example, I believe we were the first city in the country to create the position of Chief for Civic Innovation, and to establish an initiative like LouieStat, which added private sector improvement techniques, such as Lean and Six Sigma, to traditional government stat programs.

People are increasingly interested in our efforts around compassion, which I consider social innovation. More and more cities are adopting compassion charters. When I was first elected and made compassion one of three guiding pillars for my administration, some people warned it would make me—and our city—look weak. In fact, it has made us stronger—when social challenges arise, we’ve got the “social muscle” to power us through. And other cities are taking note, recognizing in part that compassion is also good for business.

I asked the CEO of Computershare what made the difference between his company choosing us or the other finalist city when deciding where to locate his business and 250 jobs. He said one reason they chose Louisville is that they liked our city’s focus on compassion.

Specifically (policies, initiatives, or otherwise), what are the kinds of things other cities are coming to Louisville for advice or inspiration on? What are you hearing from other mayors?

There is a range of initiatives, from our focus on data, as evidenced by the LouieStat initiative and our Office for Performance Improvement, to our inclusion of compassion as a guiding pillar.

Our work around performance improvement and innovation was highlighted when Governing magazine and my administration co-hosted the first ever Summit on Performance Improvement & Innovation in 2015, with a follow-up seminar scheduled for later this year.

Our Open Data Policy has received national attention—including from the White House—and is being modeled elsewhere. Our policy includes a strong “open by default” provision, which means that all information that is legally accessible is proactively disclosed online. That includes data on police/citizen interactions.

Other cities also are looking at how we use data to tackle big challenges of a community like air quality and city heat differentials. For example, we were among the first cities in the nation to do a heat island study and a tree canopy study. These studies are turning into real long-term solutions—this year, we will be announcing tree planting goals, for example, which will impact Louisville for generations to come.

Our involvement in Asthmapolis is another good example of where we smartly use data and innovative technology to improve people’s lives. More than 100,000 people in the Louisville area suffer from asthma. Ted Smith, our Chief of Civic Innovation, got us involved in the Asthmapolis research on “smart” inhalers—every time a participant uses their inhaler, a sensor sends information to researchers and records the information for the patient and his or her doctor. That helps the doctor identify patients who need more help controlling the disease, and helps us identify community-wide asthma triggers that can be improved or eliminated.

Other initiatives getting notice include Code Louisville, an innovative public-private partnership that teaches citizens of all ages the software coding skills essential to high-tech jobs. That’s an area our business community highlighted as an urgent need.

Our work around black male achievement is significantly ahead of many cities, as we started in May 2012 with work that culminated in creation of our Office for Safe and Healthy Neighborhoods. Many cities have just started focusing on this in the past year.

Other areas of interest include how we’re rebuilding our Downtown and surrounding neighborhoods with infill developments, and our Cradle to Career program. And of course, there’s our partnership with Google Fiber, which other cities would love to have. What does it mean that Louisville is listed as a source of inspiration at the same level as other cities like Seattle, San Francisco, or Portland, Ore.? Is Louisville being “discovered” or has this been going on behind the scenes a while?

We are a city in transformation with tremendous momentum, and the way people view Louisville is definitely changing. My main focus when I took office was to create a sense of entrepreneurism and “can-do” into our city. I felt we had work to do to make our city more compelling and forward-looking.

Our city has great bones with our neighborhoods and built environment. Today, our downtown is surging with a score of new hotels, a soon-to-be expanded convention center, and many new residential options. Our music and arts scene is booming. We have created our city’s first ever 365-day-a-year tourism experience around bourbon and local food tourism, also known as Bourbonism. The IdeaFestival and the Festival of Faiths now have a global reputation.

Look at the national rankings from 2015 alone: No. 2 on the USA Today list of Best Local Food Scenes. We’re on Time magazine’s list of America’s Best Music Scenes. We are the New Hipster Capital, according to the London Times. Our transformation into one of the world’s great travel destinations has been trumpeted in Time magazine, USA Today, Travel + Leisure, and many, many others.

That kind of publicity helps us compete for global business and talent. And that, in turn, prompted Site Selection Magazine to list us among Top 10 cities for Economic Development.

If you’re trying to draw in a young, educated workforce—and we are—it’s a very good thing to be mentioned in the same breath as Seattle, San Francisco, and Portland.

The knowledge workers who power the new economy, and the companies that employ them, want a city with a great quality of life, signature arts and cultural events, diverse food and music, multi-modal transportation options, and one-of-a-kind parks. This shows we compete well in these areas.

What does it mean for Louisville that it’s being held up as a model for others? What responsibility does that give us? What do we need to do to stay in front as a point of inspiration for years to come?

My team’s responsibility is to maximize the potential of our city. If other cities are modeling us, that’s great. But we are not content with measuring progress against ourselves. We want to be recognized as one of the great cities in the world. To do this, we will continue to innovate around and leverage our authenticity and our competitive advantages; that’s how we grow jobs, boost our economy and create a healthier city of lifelong learning and increased compassion.

The biggest issue that will determine the future of Louisville is how well we do around our city value of lifelong learning. If we have a creative workforce ready for a rapidly changing global economy, our population will grow and opportunities will proliferate. It is a virtuous cycle.

Advances in lifelong learning, guided by our Cradle to Career mission, will lead to advances in our other two guiding city values – health (physical, mental, environmental), and compassion (respect for all of our citizens so that their human potential is flourishing).

It is important to me and my team that all citizens have an opportunity to benefit in our city’s successes, and programs like Cradle to Career help ensure that by creating pathways to skill building and workforce development.

And of course, we will continue working to increase our international presence and attract more skilled immigrant workers. For Louisville to prosper and maximize opportunities for all citizens, we must do more than keep up with global change – we need to leap ahead. And foreign-born citizens will help make that leap.

What three cities are you looking at for inspiration? What are they doing right that you think Louisville can learn from?

San Francisco is doing some great work around innovation.
We are benchmarking our summer youth employment progress against Boston.
Nashville has done a great job creating a can-do, positive creative vibe for their city.