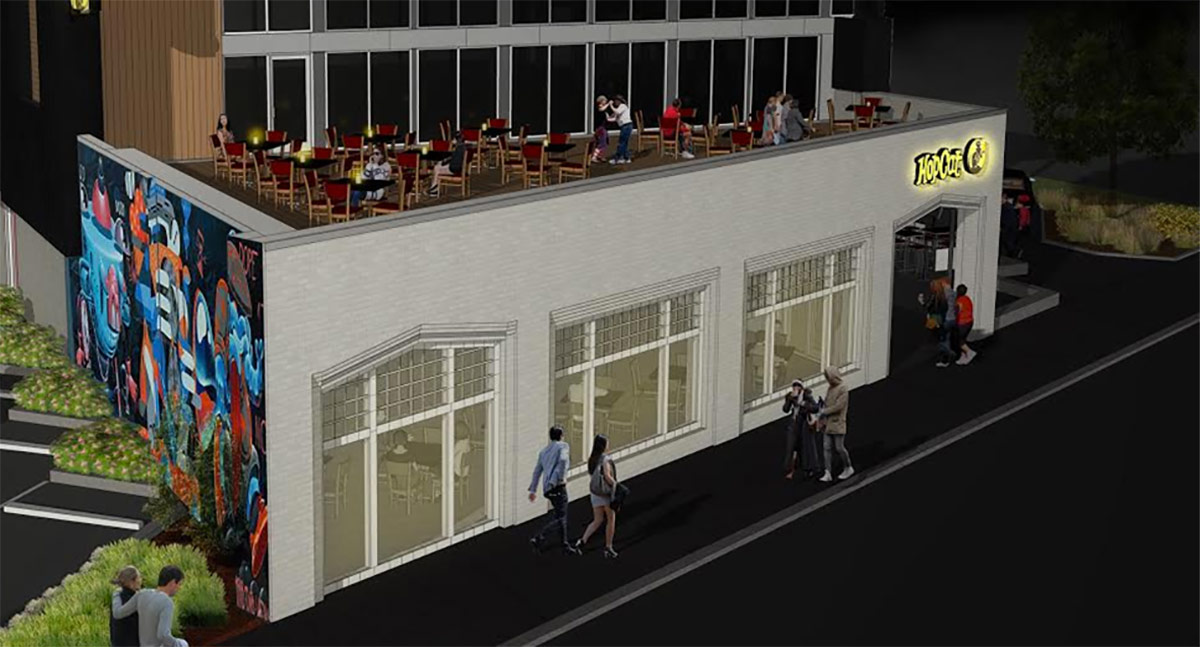 Construction is well underway on Bardstown Road’s newest bar and pub, HopCat. We last checked in at the site in October when crews were really starting to dig in, but now, the second-story addition is clearly visible on the streetscape.

Last week, HopCat released a new rendering and a few more details about the project. The structure at 1064 Bardstown Road will house one enormous bar with a capacity of 600 people, according to a company press release.

Pfeffer-Torode Architecture of Nashville is overseeing the ground-up, $4 million conversion of a former Studebaker showroom into the bar and restaurant. The property last housed Spindletop Draperies, which relocated to the border of Phoenix Hill and Nulu on Jefferson Street. Nashville developer Priam Ventures is spearheading the project.

The new rendering differs slightly from the previous iteration, showing a main entrance off Bardstown with a mural on the south side of the structure.

The Louisville location “will feature the state’s largest selection of craft beers on tap, a full menu of ‘food your mom would make if she loved craft beer,’ two private event spaces with private bars, [and] a deck and outdoor seating,” the company said in a press release.

HopCat Louisville is expected to house the largest selection of craft beer in Kentucky, with at least 30 beers made in state and another 100 from around the world. The bar will also be stocked with 100 varieties of whiskey, but no Miller, Bud, or Coors products will be available.

HopCat said it’s committed to reducing waste at its Louisville location, with a goal of composting or recycling at least 90 percent of its waste.

Hiring for about 150 jobs at the Louisville HopCat location is currently underway and the project is expected to open at the beginning of September. HopCat Lexington opened last October.