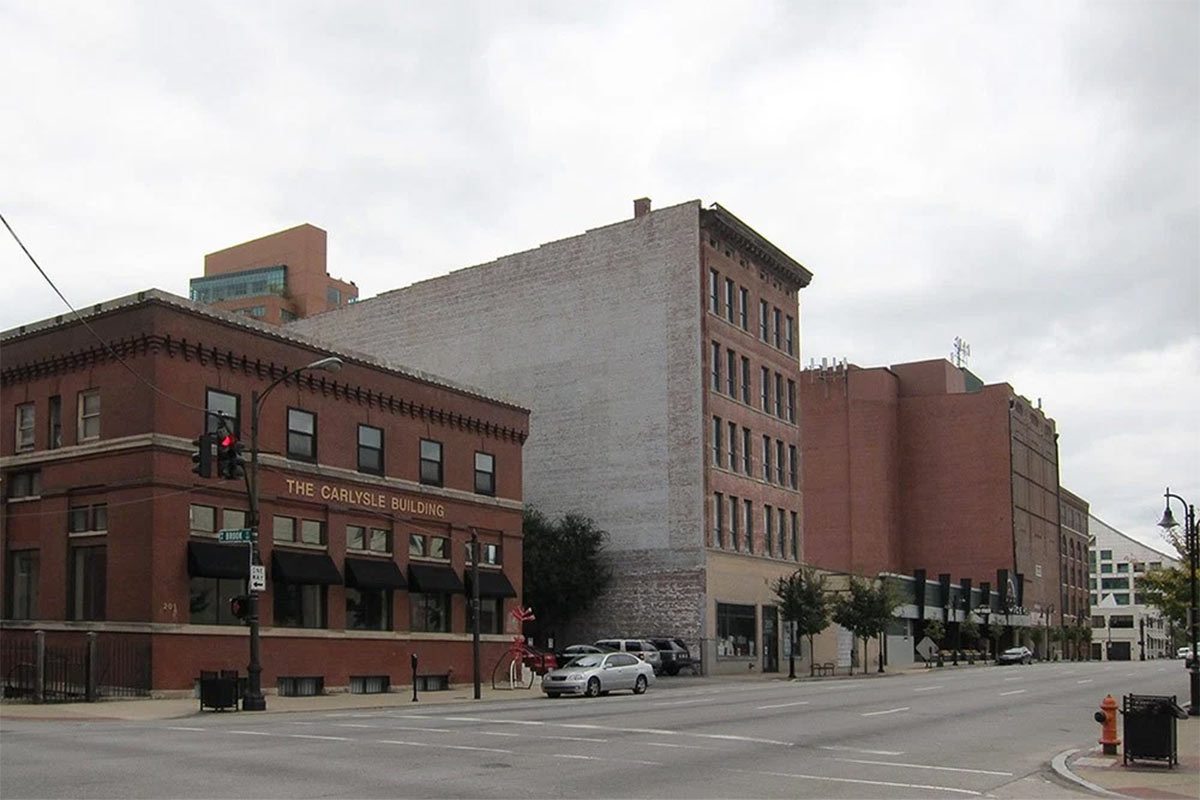 East Main Street is hot right now. This week, we broke the news that the block-long Service Tanks property is now under contract between Shelby and Clay streets, the Main & Clay Apartments are well into construction between Clay and Hancock streets, and now, another major property between Brook and Floyd streets appears to be in play as well.

Marty Finley at Business First has the news that the Fetzer Building at 209 East Main Street has been purchased by the team who transformed the former Arctic Building on the same block into the Ice House Lofts. The structure sold for $2.56 million.

Derek Engineering’s David Steinbrecher is behind a development team operating under the name Fetzer Lofts LLC. The five-story, 56,000-square-foot Fetzer Building could become lofts, as the name implies, but details are still up in the air.

“It’s going to tie in with what we’re doing at the Ice House,” Steinbrecher told Broken Sidewalk. “We’re still figuring out how we’re going to market it.” He said the name Fetzer Lofts is changing to Hughes Lofts, a reference to the original occupant, E. L. Hughes Lumber Company. The building dates to at least 1905 when it appears on a map of the area. “Mr. Fetzer preferred we didn’t keep his name on the project,” Steinbrecher said.

The building will include commercial space on the first floor along the sidewalk. “It could end up being commercial, it could end up being residential,” Steinbrecher said of the upper floors, “depending on market demand.” Carlton Bruce Rogers of Louisville-based CBR Architects is designing the renovation.

Steinbrecher said he will begin focusing on the Hughes Lofts projects later this summer once all the units at the Ice House are complete next door. The new project will tie in with its neighbor to create a more cohesive streetscape and share parking.

The Fetzer Building has been for sale for a long time. We last reported on the property in January 2015 when the structure, built sometime before 1905, was listed for $3.1 million. Back then, Bob Trabue, senior advisor for Sperry Van Ness Ward Commercial Group, told Broken Sidewalk that there was a lot of interest in the property for uses ranging from office space, residences, or a boutique hotel.