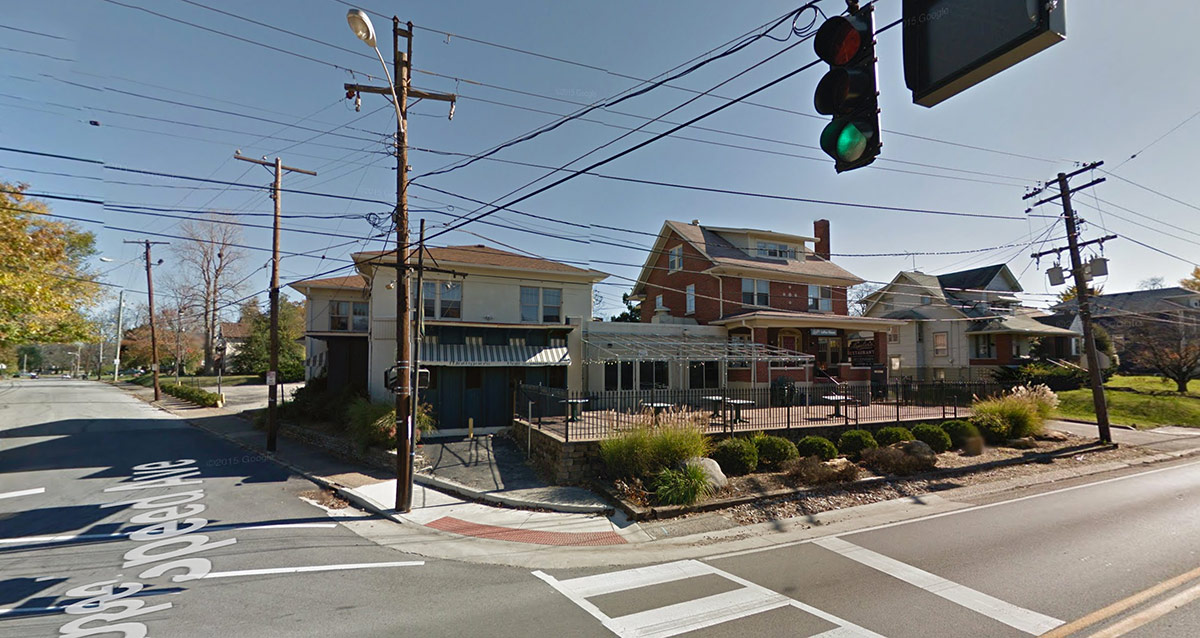 In one recent mid summer, the weeds growing through the cracks of of former Kaelin’s Restaurant patio at Newburg Road and Speed Avenue were as tall as a person walking through the Deer Park neighborhood. But it appears that those weeds will be a thing of the past now that a new owner has purchased the structure that reportedly gave rise to the cheeseburger.

In an exclusive in Business First last week, Marty Finley reported that the structure at 1801 Newburg Road sold to Louisville-based development firm Flynn Group for $675,000.

The previous owner was Madison, Ind.-based River Valley Financial Bank, now part of German American Bancorp. The property previously failed to sell at auction and was then placed back on the market, listed by Reed Weinberg of PRG Commercial Property Advisors.

From the portfolio listed on Flynn Group’s website, it appears that the Kaelin’s project is a bit of a departure from the company’s standard development. Most of Flynn’s completed projects include suburban patio homes and large-scale logistics warehouses and the infrastructure projects that support them.

Still, Finley reported that developers plan a complete overhaul of the structure, which housed Carl and Margaret Kaelin’s original restaurant from 1934 until 2004, and the same restaurant under new ownership until 2009, when it became Mulligan’s Pub. And it’s welcome news to see a developer take interest in preserving a bit of what makes Louisville weird.

According to Finley, Flynn Group president Jesse Flynn is particularly interested in restoring the old neon Kaelin’s sign, which will help keep the continuity of use at the site intact.

But this place is most famous for cheeseburgers. “In 1934 Carl Kaelin threw caution to the wind—along with a piece of American cheese on a hamburger patty—in his new restaurant,” Southern Living magazine wrote in 2005. “A culinary delight was born, and Kaelin’s still claims to be the birthplace of the cheeseburger.”

Flynn told Finley that he’s familiar with Kaelin’s from his days as a Bellarmine student, but he declined to say what the structure’s future use might entail. First, he’s focusing on fixing up the 8,500-square-foot building, including new plumbing, electrical upgrades, and a new roof. Flynn told Finley that the rehab work should be complete within the next 60 days.

An adjacent 1,000-square-foot, two-story home was included in the sale, and according to a later report by Insider Louisville’s Caitlin Bowling, Flynn plans to rent apartments there to Bellarmine students.

Those hungry Bellarmine students are so close, yet the site still largely requires a car despite being in a relatively compact neighborhood.