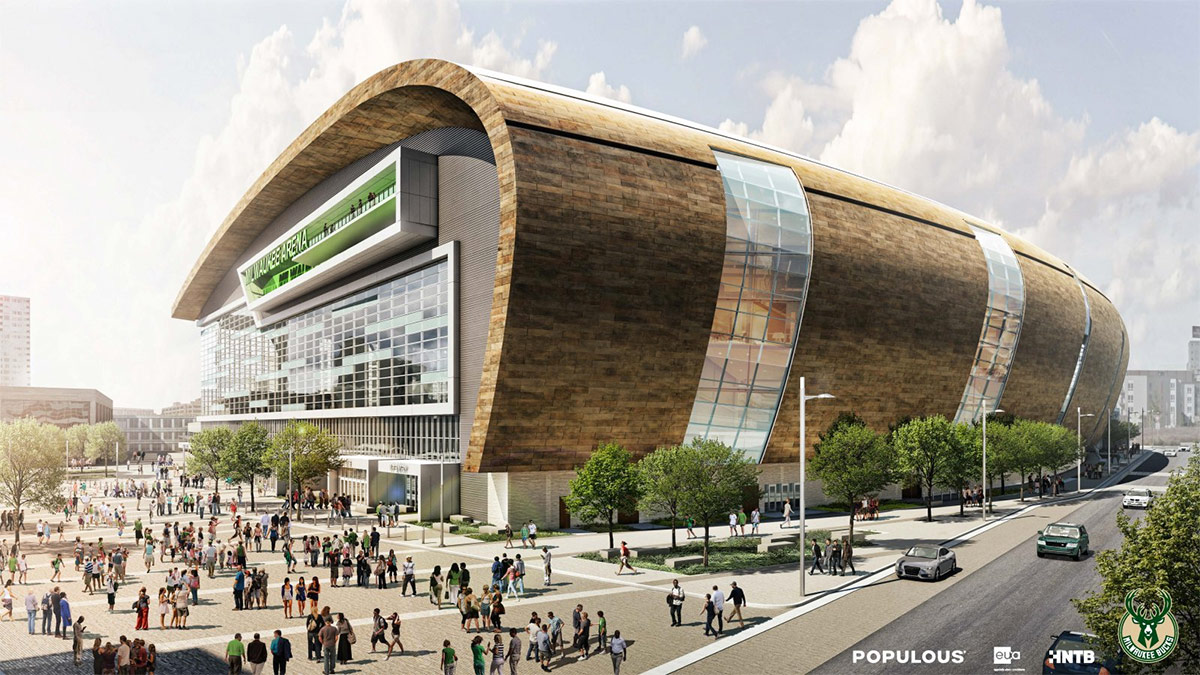 It sure looks like the architects behind Louisville’s KFC Yum! Center are pushing a very similar design for a new arena for the Milwaukee Bucks. But we’ll let you be the judge in our poll at the end of this article.

Sports architecture firm Populous designed Louisville’s arena with a nod toward the Falls of the Ohio and a signature curving facade facing the river. Now, in new renderings released last week by the same firm for Milwaukee, we’ve spotted another curvaceous facade, this time clad in some kind of wood.

Urban Milwaukee’s Jeramey Jannene posted the renderings Friday in an article suggesting ways to make the Buck’s arena more urban. And Louisville’s arena could have taken some of Jannene’s advice on creating an active streetscape.

“The new Bucks arena has almost no activation on three sides,” Jannene wrote. “If a great, urban neighborhood is expected to emerge around the new arena, let’s not build a black hole in the middle of it.”

This isn’t the first time we’ve spotted a KFC Yum! Center look-a-like. Back in 2008, we wrote about this soccer stadium in Liverpool, England by architecture firm HOK that looked eerily similar to our own Bucket.