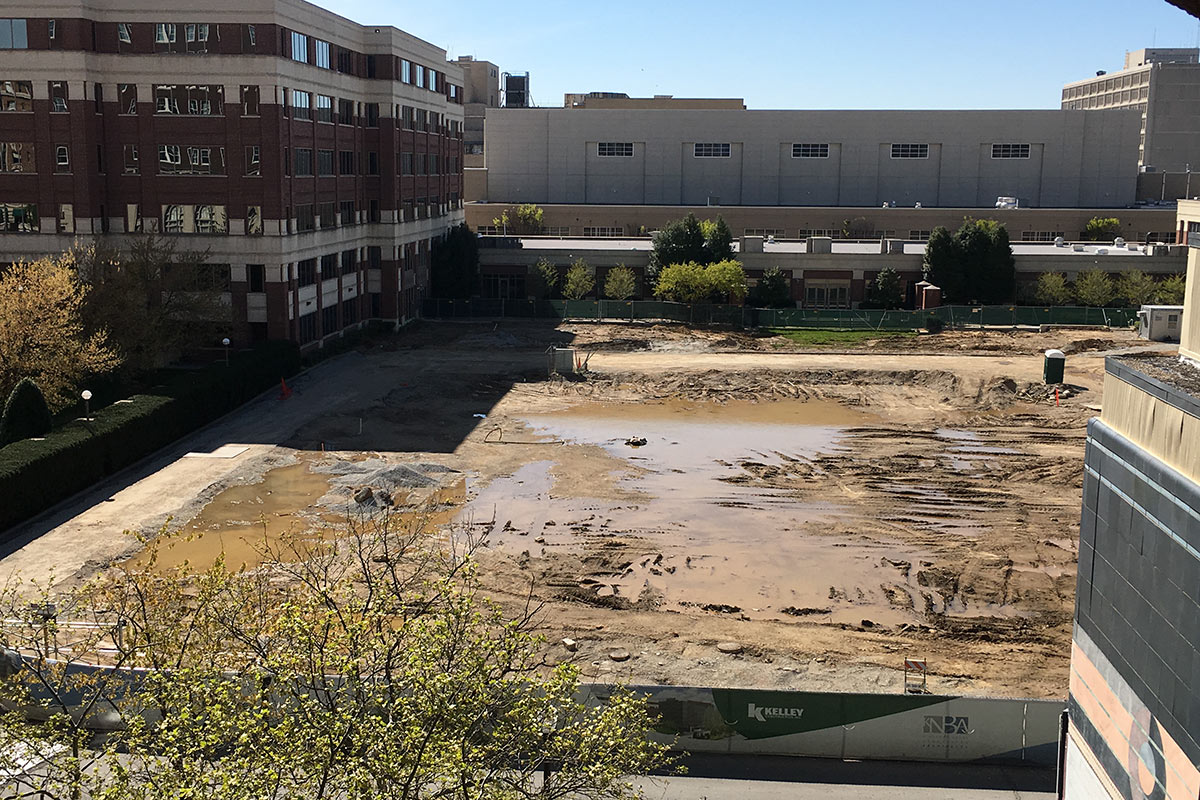 With Theater Square now rubble in the landfill, Kindred Healthcare‘s $36 million headquarters expansion at Fourth Street and Broadway is ready to begin construction. The new structure, more suburban office park than Downtown headquarters, includes 142,000 square feet of space over six stories that will accommodate up to 500 new jobs.

The company received four building permits this week, reports Sheldon Shafer at the Courier-Journal. Construction is expected to take 18 months.

We’ve previously criticized the project here on Broken Sidewalk for its bland design, setback from Fourth Street, the poor composition of a public plaza planned in front of the structure, and for the back and forth politics among planning staff.

The project was unveiled in December 2014 fait accompli by Mayor Greg Fischer and then Governor Steve Beshear. The structure is set far off Fourth Street behind an unfortunate plaza design known as Kindred Square. The first floor includes 7,000 square feet of retail, slated to be a restaurant and coffee shop. Shafer reported that Kindred already has agreed to let the BBC Brewing Co. open a restaurant. That outlet was displaced by demolition of Theater Square.

Above the single-story retail podium, the main building mass sets back again before rising another five floors clad in brick and glass. The structure was designed by Louisville’s K. Norman Berry Associates.

For more on the project, read through the Broken Sidewalk archives.