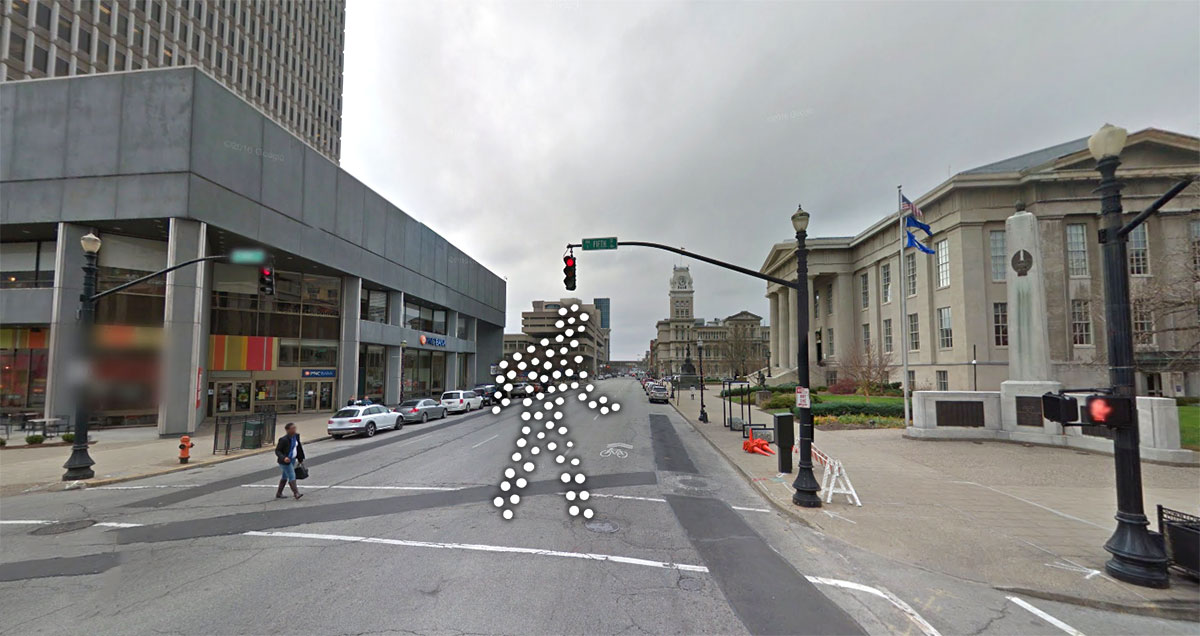 In an effort to increase street safety in Downtown Louisville, the city is making changes to the timing of traffic lights to promote slower speeds and to give people longer to cross the street.

According to a report by WDRB’s Danielle Lama, those changes went live last week at 70 intersections in the core city. The main change is to give pedestrians a walk sign four seconds before the traffic light changes.

In traffic engineering lingo, those four seconds are called the Leading Pedestrian Interval (LPI). By letting people walk first, it makes them more visible to motorists and and drivers are typically more likely to yield the right of way.

“It’s a proven safety measure that improves pedestrian safety,” Metro Public Works Assistant Director Jeff Brown told WDRB. “We get them out in front of the vehicles before they have a chance to go, so the pedestrian is clearly visible to any car that’s stopped at the intersection.”

The target area is bound by Chestnut Street, Main Street, Eighth Street, and Floyd Street, with a projected expansion to Broadway soon. Had the Leading Pedestrian Interval been implemented seven months ago, it likely would have stopped a police officer from striking a pedestrian at Fifth and Broadway. The signals are also coordinated to allow free-flow traffic traveling at the speed limit of 25 miles per hour.