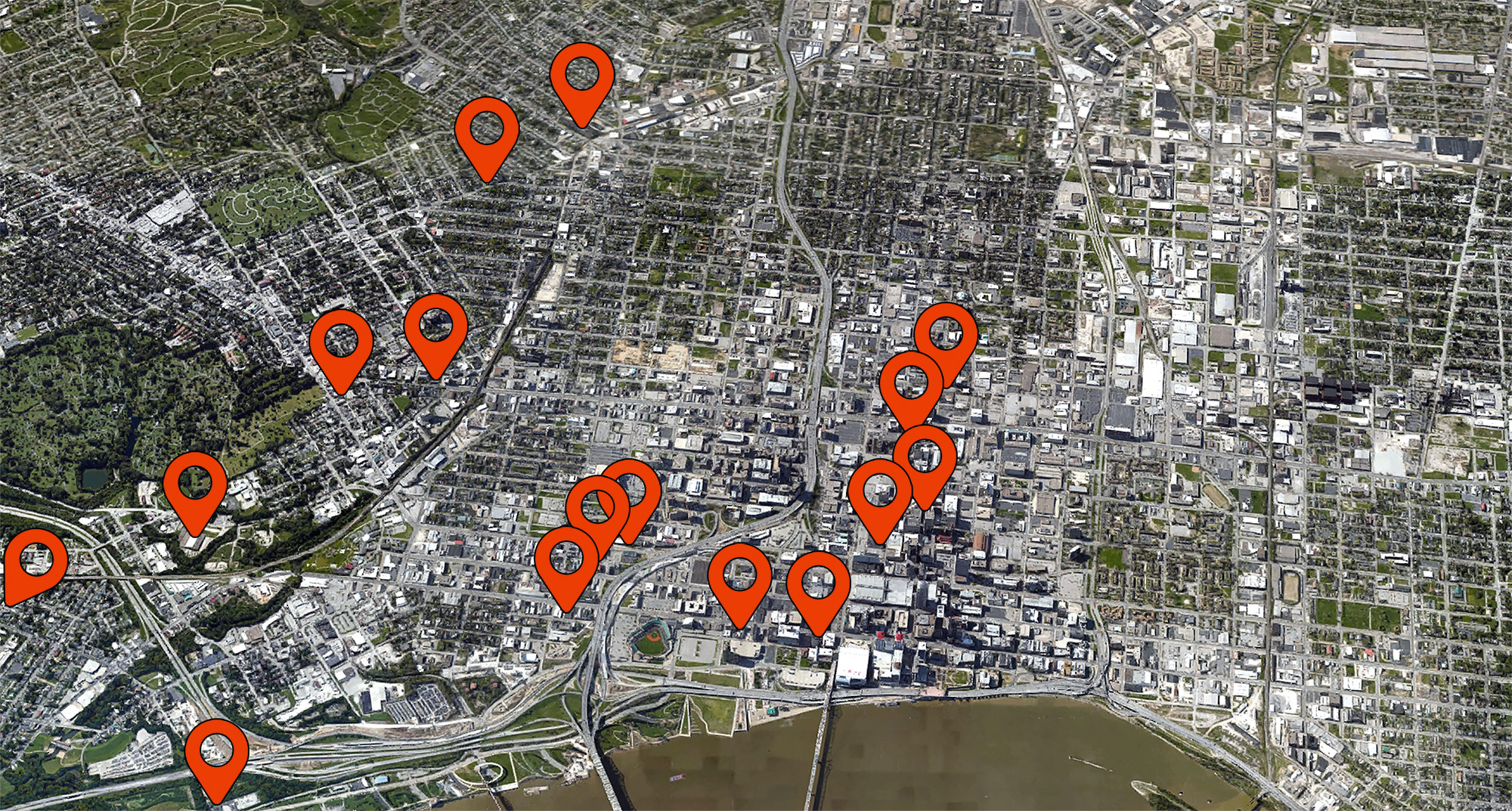 Louisville is experiencing something of a residential boom as we enter 2016. Hundreds of new apartments are popping up in the city’s urban neighborhoods seemingly every week, from Germantown to Downtown and Clifton to Butchertown to Nulu, there’s no shortage of privately developed housing just wrapping up or just getting started.

We rounded up 16 of the most exciting apartment projects taking shape across Louisville and listed them below. While each individual development by itself might have a dozen or a hundred units, when you add them all up, we’re talking some serious numbers. These 16 projects alone comprise over 2,500 new residential units. We’re building a city here.

One of the most exciting renovations in the city is shaping up in Schnitzelburg. Underhill Associates have been converting the former textile mill into the Germantown Mill Lofts, and the results have been stunning. The first tenants have already begun moving in and developers are rolling out the rest of the building in phases this year.

Ask anyone in town: Germantown is having a moment. Construction will begin soon on a major conversion of the Bradford Woolen Mills into 150 loft-style apartments. The older brick building will house one-bedroom units while the newer concrete site will have two-bedroom residences. A pool and community space sits in between and a restaurant is even planned along Oak Street.

The Main & Clay apartments are under construction on, you guessed it, the corner of Main Street and Clay Street in Butchertown. The 260-unit, seven-story development is pricey but it includes underground parking and some of the most luxurious amenities Louisville has ever known. Nashville’s Bristol Development Group is incorporating the facades of four old buildings into the building’s design.

Detroit developer Village Green is taking on one of Louisville’s mid-century masterpieces. The company is converting the 29-story tower built in 1963 into some of the most modern apartments in the city. Village Green is restoring some of the old, like the facade and a long-gone fountain, and adding a bit of the new, like a ground-floor restaurant and a rooftop yoga studio.

Florida-based developer Hudson Holdings has big plans for the Starks Building at Fourth Street and Muhammad Ali Boulevard. The company announced last year that the mixed-use renovation will bring 200 hotel rooms, 100 apartments, and a lot of retail including rooftop bars. This one should bring some real vibrancy to South Fourth Street.

Built in 1927 with skyscraper ambitions, Downtown’s Fincastle Building at Third and Broadway is undergoing a conversion from office space to 40 apartments over retail. Developers are keeping mum on the details, but this is an exciting project for making Downtown a more walkable place to live, work, and play.

Slated for the site of the former Phoenix Hill Tavern, the so-called Phoenix Hill Lofts will bring some serious urban energy to the northern end of the Highlands. Most of the massive complex will be built on surface level parking lots, but a few houses and historic commercial buildings will make way for the 280 apartments over retail. The facades of one house and one commercial building will be incorporated into the design.

Although we’re bummed that the Mercy Apartments will take out the beautiful former Mercy Academy Convent on East Broadway in the Original Highlands, we’re happy to see 200 new apartments elbowing up to the street to create a feeling of being in a city. The project was the first announced in the area by Columbus, Ohio–based Edwards Companies, and it’s expected to get under construction this year.

Since the project was first announced eight years ago, construction progress has repeatedly been put, well, on ice. Construction picked up in a big way last year and the Ice House Lofts are well on their way to occupancy. The project includes 29 apartments over retail and event space.

Despite a heartbreaking fire last year that all-but-leveled the historic Whiskey Row Block, developers are pushing forward with plans for a mixed-use conversion of three former whiskey warehouses into retail, office, and 12 apartments. Stabilization work is ongoing to repair what’s left after the fire and a new structural system will later rise behind the historic bones. The development is next door to another exciting project, the future home of Old Forester Distillery, directly west of this site.

Once planned as a strip mall, a forlorn patch of land sandwiched between Beargrass Creek and Lexington Road will up the density in Irish Hill with 300 new apartments. No retail is planned and the area isn’t the most walkable yet, but with this kind of influx of people, surely good things will follow.

The Amp Apartments just wrapped up construction on Frankfort Avenue. Developed by Indianapolis-based company Milhaus, the project brings 93 new residences to the bustling Clifton neighborhood. Built on the site of a former parking lot, a new urban presence completely changes the streetscape along this part of Frankfort Avenue.

Only the top half of the 30-story, $300 million Omni Hotel & Residences will be residential. The other half is, of course, the hotel. Despite a fraught public review process, this mega-development will change the face of Downtown Louisville, pushing development momentum east to the largely ignored Second Street corridor. A groundbreaking has been set for the end of January, but it’ll be a little while before tower cranes punctuate the city skyline.

The second apartment building at the massive riverfront development known as RiverPark Place is up and running. The 167-unit Waterside West has been completed and occupied for a while now, but the 162-unit Waterside East is brand new and welcoming residents to the brave new world on the waterfront. Development will continue at RiverPark Place as retail and more residential towers and apartments buildings are planned for the site.

City Properties Group’s 310 @ Nulu apartments are helping connect Nulu to Louisville’s Medical Center in a big way. City has been developing market-rate housing and apartments in the Hancock Street corridor for years, but this is by far the group’s largest to date in the area. Located on the corner of Jefferson and Hancock, 173 new apartments make Nulu an even more walkable place.

We know it better as the Louisville Chemical Building, a grand corner commercial structure deteriorating for over a decade on the corner of Hancock Street and Jefferson Street. The building will soon see new life as the Lofts on Hancock after Bill Weyland’s City Properties Group gets ahold of it. Plans call for 12 apartments over retail.