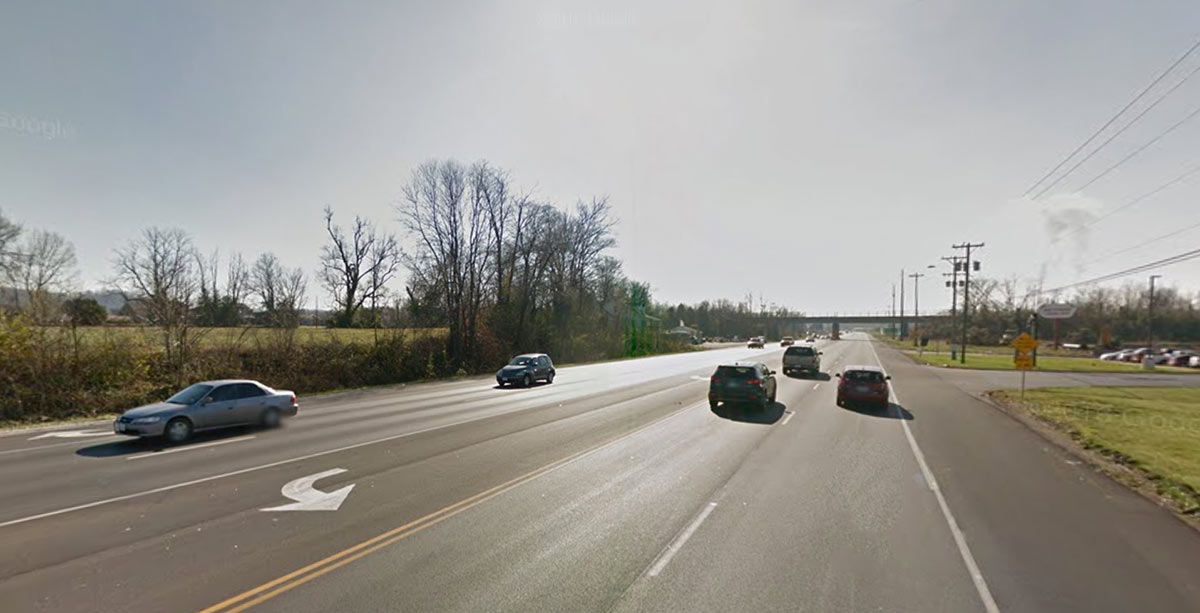 A man was struck along Dixie Highway by a motorist on Wednesday evening around 9:30p.m. The collision took place on the 11700 block of Dixie, about a mile south of the Gene Snyder. The unidentified pedestrian was taken to University Hospital with serious injuries.

The incident was only reported by WLKY, and very few details are available.

What we do know is that Dixie Highway at Moorman Road and Flowervale Lane, around where the collision took place, is surrounded by residential neighborhoods with little built-up commercial, giving Dixie Highway a much more rural feel despite it’s egregiously oversized roadway.

Medora Elementary School sits Just north of the site, hugged by the large ramps of the Interstate. At that intersection, there’s a Thornton’s and a Dairy Queen, but the other two corners are greenfields. There’s also a TARC stop, although it’s no more than a sign attached to a telephone pole by the side of the road with no sidewalks or shelter. A recent repaving project added freshly striped crosswalks traversing the street’s wide 7 lanes, although of a low-visibility design. They do little good good, however, as there are no sidewalks present, save for an awkward stretch of sidewalk in front of the Thornton’s that die off into grass once development projects end, a common occurrence around Louisville. Strangely, a tiny swatch of concrete was poured in the Dixie Highway shoulder in front of the TARC stop and outfitted with bumpy texture for the visually impaired was also included when the street was repaved. Louisville is in the midst of a three-year, federally funded pedestrian safety campaign called Look Alive Louisville due to the city’s above-average pedestrian collision and fatality rate.