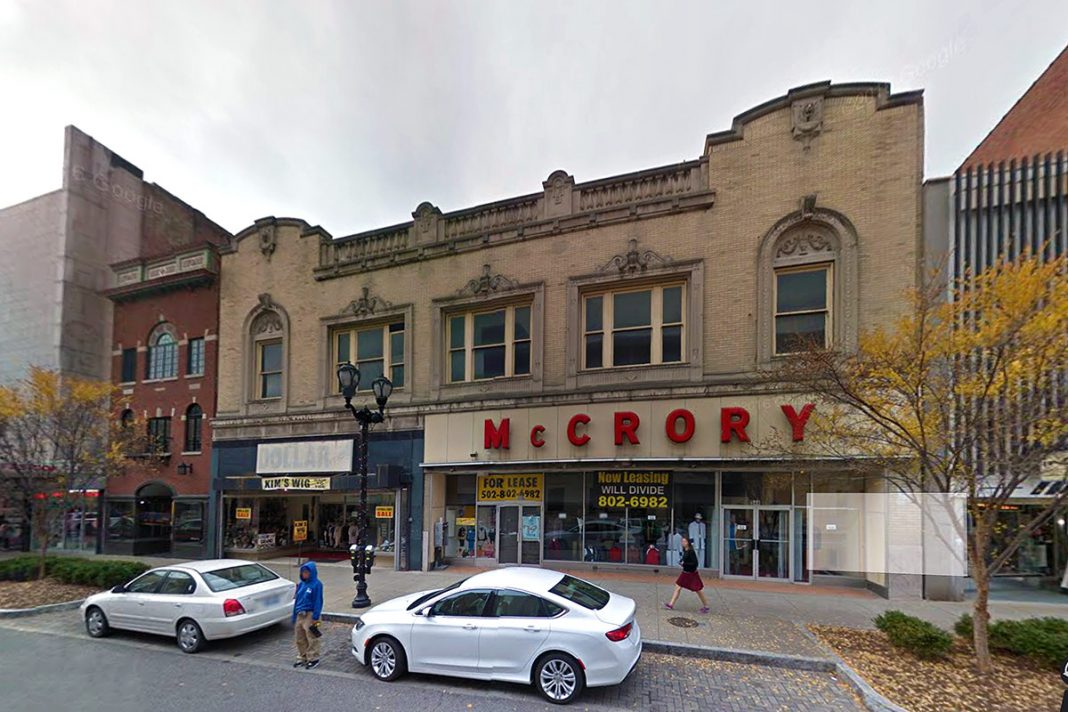 It’s been almost eight years since we’ve peered into the empty storefronts of the old McCrory’s building at 544–548 South Fourth Street. Back in 2008, a club and then a restaurant fell through and nothing much has happened since.

But a tipster let us know that there’s hammering going on as crews install a new dividing wall to break up the building’s enormous 12,000-square-foot floor plates into more palatable portions. And indeed a building permit has been issued for the site, covering construction of non-loadbearing interior walls with a budget of around $35,000. Pablo Espinosa of Espinosa Construction is building out the renovation.

“I had a tenant lined up,” Khiani said, “but unfortunately they may have changed their minds.” He said a Mediterranean restaurant was looking at the space but has been quiet recently on whether they want to sign a lease.

“I went ahead and did it [built the partition] because it would make it easier to lease,” Khiani added. While he is not actively listing the retail space, which he’s seeking $12 per square foot for, Khiani is still getting calls from signs posted on the storefronts. “The day after tomorrow I have another appointment to show a restaurant,” he said. Still nothing has firmed up at the McCrory’s building for years.

Plans could be announced soon for a nightclub on the second floor, however. Khiani said he has signed a lease for that space but declined to comment on the venture. “They have to finish on their own end,” he said. “It’s not my duty to announce it.”

Besides the two ground floor spaces for lease and the planned nightclub upstairs, Khiani said he is also leasing a large basement space with another 12,000 square feet.