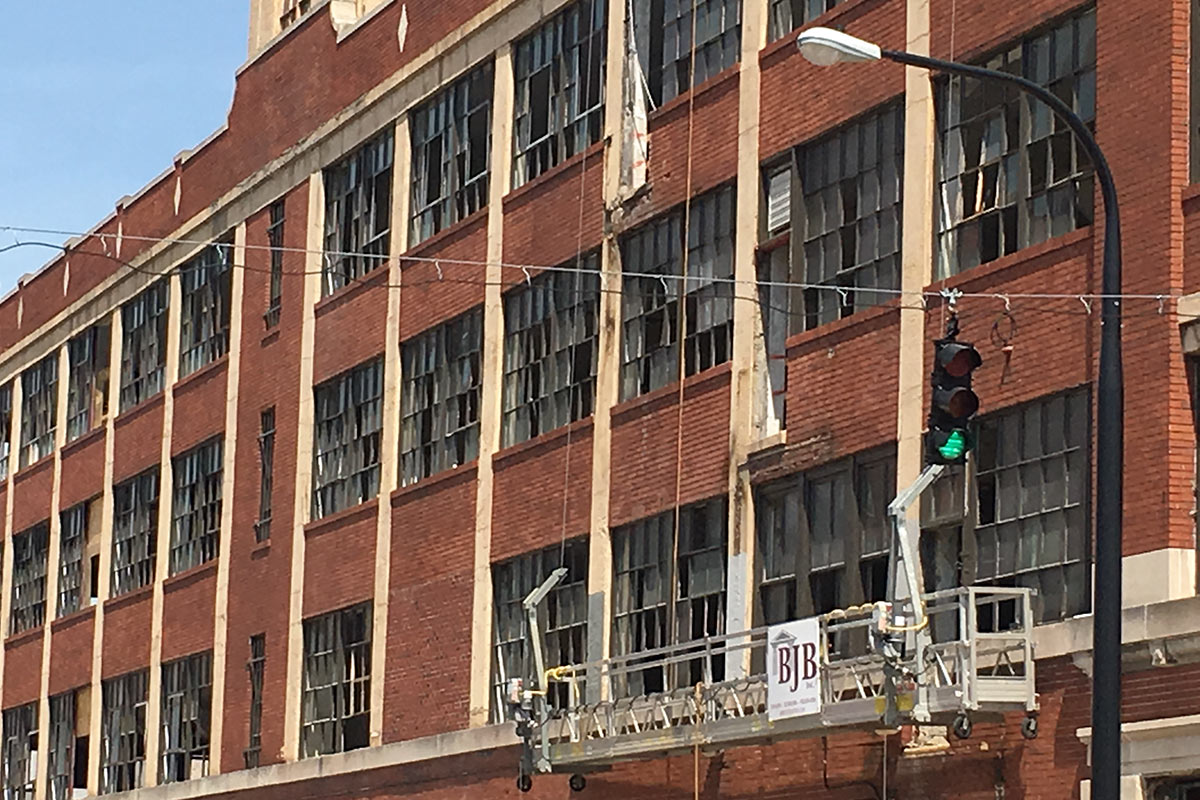 It might be Downtown’s least exciting new construction project, but it’s still giving a grand historic structure some much needed attention. Construction has been going on since late last year on the J.F. Kurfees Building on Market Street and Brook Street that’s being converted into mini-storage, but it’s not readily apparent that there’s something big happening at the site.

Atlanta-based NitNeil Partners is working with local developer Aaron Willis to convert the structure at 201 East Market Street into more than 600 climate-controlled, mini-storage units in the four-story building.

The 110,000-square-foot Kurfees Building, built by Louisville-based Joseph & Joseph Architects, was built in two phases: the first, westernmost section in 1915, and a later addition in 1928. The sturdy concrete building features a limestone and brick facade with Beaux Arts detailing. Louisville architect Edward Eiche is handling the current renovation.

When we last spoke to developers, the plan was to replace the structure’s old windows with new ones that had similar mullion patterns, but it appears that plan has changed. On our recent site visit, the old windows had been painted black and broken panes of glass removed. That would suggest the plan is now to keep the old windows, which would be a big win for maintaining the character of the original building.

While developers insist today is not the right time to develop retail or apartments in the building, Willis previously told Broken Sidewalk that some day the building could shed its storage use for something a little more vibrant.

Had the structure been converted into apartments today, we believe it would have succeeded, but the structure does sit several blocks from where we typically think of development taking place. Still, you’ve got to push those boundaries from time to time. In the meantime, the structure will at least be properly maintained.

The project is expected to be complete later this summer. For more details, check out our previous story on the Kurfees Building here.