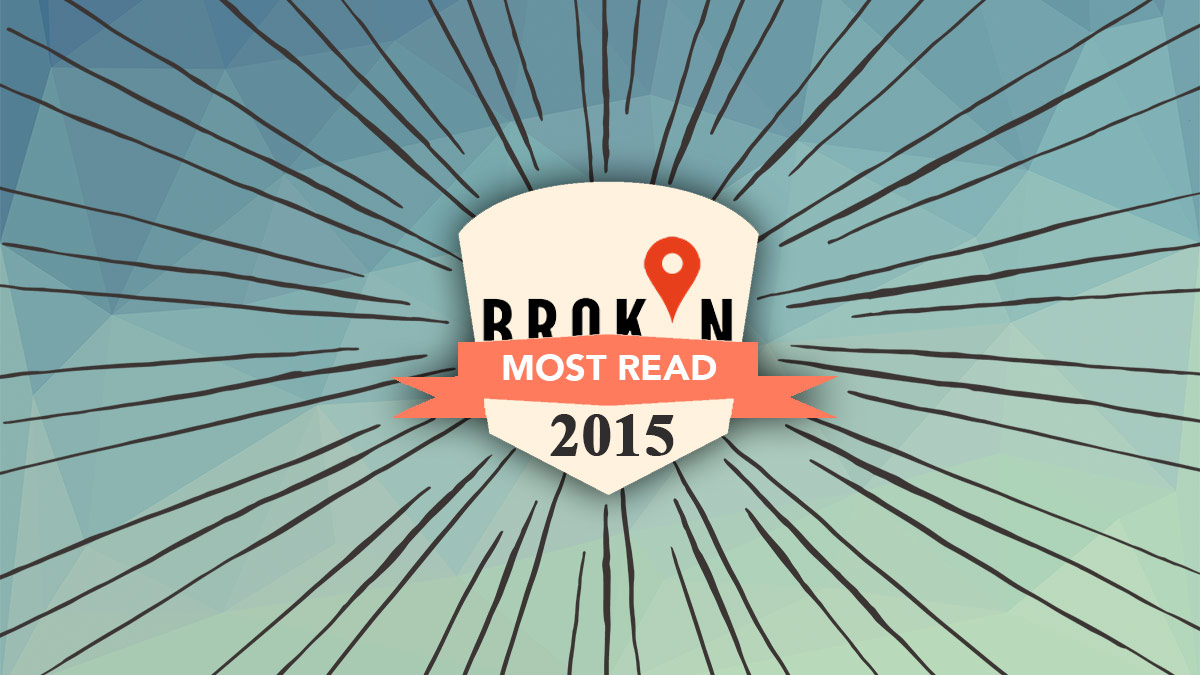 2015 was a big year here at Broken Sidewalk. Our biggest yet, in fact, since we started way back in 2008. As we trudge into 2016, here’s a look back at the 11 most popular stories as ranked by you, the Broken Sidewalk reader.

These top stories run the range of big and small scale projects in neighborhoods across the city. Here’s what captured your attention in 2015 and what we’ll likely hear more about this year as the news unfolds.

Thanks for another great year and we look forward to continuing the discussion in 2016!

Reflecting the national discussion on immigration and refugees taking place across the country, Broken Sidewalk’s analysis of how refugees are adapting to life in Louisville and around Kentucky was a top pick among readers in 2015.

The Omni Hotel & Residences dominated discussions on the built environment in Louisville. Here on Broken Sidewalk, we covered the story from multiple angles, from its design to how it moved through the public review process, to the slow and painful destruction of the old Water Company headquarters.

One story by Broken Sidewalk contributor Mary Beth Brown stood out to readers above the rest. Her short, poetic remembrance of the fly-by-night destruction of the old Morrissey Garage and Falls City Theater Company Building got to the root of why their loss hurts the community so much.

Architecture Ahead of its Time

One story in this year’s list is a perennial favorite. Published in 2011, architect Steve Wiser’s list of buildings proposed but never built in Louisville digs deep into the city’s architectural history. From Museum Plaza to a gorgeous skyscraper proposed at the turn of the century to a modernist botanical garden off Hurstbourne Lane, take a look at the Louisville that might have been.

Light Rail Along the River

How an elevated rail line along the Ohio River could help move Louisville forward now.

Unfortunately, Louisville’s not going to see real progress on transit any time soon, thanks to our leaders still spellbound by the automobile. That doesn’t mean Louisvillians don’t want it, though. And citizen proposals for streetcars and light rail transit are always popular topics. Here’s a dramatic proposal for an elevated light rail line written by architect Steve Wiser that would remake the city’s waterfront.

Greatest of All Time

Louisville declares itself the “Home To All Things That Are Great” in new video.

When we study the city we love in such depth, it’s useful to take a step back and admire everything that’s great about it. And a video released last year by the Louisville Convention & Visitors Bureau gave us the opportunity to do just that, in rather grand fashion.

Up In Smoke: The whole story behind the Louisville Metro Planning Commission’s surrender to Walmart.

The West End Walmart will probably be built, but its fate is still tied up in the courts. What was one of Louisville’s most contentious land use issues of 2015 took twists and turns as city leaders sided with Walmart for the suburbanization of the city’s core. Tossing long-standing development codes out the window, here’s the story of why a Supercenter will be built a couple blocks from Downtown.

Germantown’s Garden in the Street

How planting a garden in the middle of a street in Germantown made for a safer neighborhood.

While big, splashy projects grab headlines, it’s the small-scale changes at the neighborhood level that can often have the most impact on living in Louisville. One of those small-scale interventions is a rain garden in Germantown.

Shaving off unused asphalt at an oversized intersection, MSD was able to create a top-notch example of green infrastructure that provides a garden for the neighborhood, calms traffic on a residential street, and helps combat the city’s pervasive Combined Sewer Overflow problem.

History Down the Sewer

MSD plans to tear down this historic Germantown commercial building on Schiller Avenue.

While we applauded MSD’s tactful use of green infrastructure a few blocks away, the reality is old habits are hard to break. Old-school gray infrastructure in the form of a gargantuan retention basin at Logan and Breckinridge streets is one of the agency’s biggest CSO projects, and one historic former grocery store made building a pipe slightly more complicated.

Rather than respect the neighborhood and the city’s history, MSD ripped out this little gem on Schiller Avenue and Beargrass Creek even though it could have easily been saved. And the neighborhood noticed.

How a renowned architecture firm is helping to remake a barren food desert into the West Louisville Food Port.

One of the world’s most famous architects isn’t building in Downtown Louisville, but rather in the unlikely spot of an abandoned lot at 30th and Jefferson Streets in the Russell Neighborhood once filled with brick warehouses.

The New York office of Rotterdam-based Office for Metropolitan Architecture (OMA) designed the West Louisville Food Hub for the TKTK-acre site, which will help make the area into the center of local food culture in a city that really loves food. Here’s the story behind the design.

The 800 Building a block south of Broadway in SoBro has long been the elephant in Louisville’s living room. Built in 1963 as an icon of urban sophistication at the height of the Mad Men era, the skyscraper has spent most of its life underperforming and slowly wasting away.

That all changed when Detroit-developer Village Green got ahold of the tower and began a top-to-bottom rehab of the historic structure. This preservation success story is a win-win for everyone involved.

The Douglass Loop was once a treasure trove of Art Deco architecture.

Neighbors know the Douglass Loop got its name for the trolley turnaround that spurred its development in the early 20th century. What’s a little harder to tell is that during the 1920s and 1930s when the Loop was booming, the area was peppered with beautiful streamlined Art Deco architecture.

While some of those buildings still exist today, most of them are lost to history. Here’s the story of the Douglass Loop’s Art Deco heritage.